The End of Summer Reading Event!

An Afternoon of Classical Music

The Boys In The Boat… The Rest of the Story

Have you read Daniel J. Brown’s NYT best seller, The Boys in the Boat? Described as “Chariots of Fire with oars” it chronicles the 1936 Olympic crew that won the gold medal in Berlin against overwhelming odds.

If so, you’ll be familiar with boat builder George Pocock, arguably the most influential man in crew racing and revered mentor to thousands of oarsmen throughout the U.S.

Jim Pocock, Counselor to the President at Gordon College and great-nephew of George Pocock will discuss the book, tell family stories and share his memories of George’s enduring influence on rowing in America. 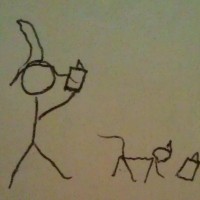 Events for the next five days. For a complete list of events go to the Full Event Calendar.