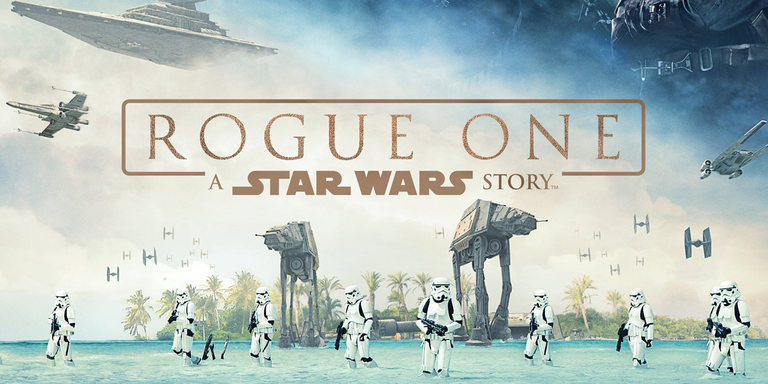 Getting tired of the interminable wait for Rogue One to be released? Yeah me too. Here are some tie in books (some more so than others) to help get you through. 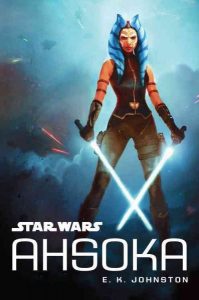 I’m not normally a fan of books that are all Jedi all the time. I’ve always found the stories of non-force users in the Star Wars Universe more interesting. Normally the existential conflict going on in the heads of the Jedi gets on my nerves after awhile. That said, I really enjoyed this one. The back story of the rebellion was very interesting. Also, Ahsoka’s existential conflict makes sense. She leaves the Jedi and most of the Jedi die in Order 66. If you haven’t watched the Star Wars Clone Wars tv show you might find some of Ahsoka’s internal dialog a little hard to follow.

Description: Fans have long wondered what happened to Ahsoka after she left the Jedi Order near the end of the Clone Wars, and before she re-appeared as the mysterious Rebel operative Fulcrum in Rebels. Finally, her story will begin to be told. Following her experiences with the Jedi and the devastation of Order 66, Ahsoka is unsure she can be part of a larger whole ever again. But her desire to fight the evils of the Empire and protect those who need it will lead her right to Bail Organa, and the Rebel Alliance

One of the things I’ve always liked about the Star Wars Universe is that the antagonists get stories that are as well developed as the protagonists. This is one of those books. Embrace your inner villain. 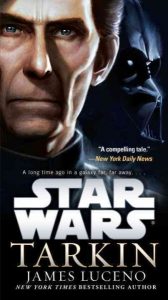 Description: He’s the scion of an honorable and revered family. A dedicated soldier and distinguished legislator. Loyal proponent of the Republic and trusted ally of the Jedi Order. Groomed by the ruthless politician and Sith Lord who would be Emperor, Governor Wilhuff Tarkin rises through the Imperial ranks, enforcing his authority ever more mercilessly . . . and zealously pursuing his destiny as the architect of absolute dominion.

Rule through the fear of force rather than force itself, he advises his Emperor. Under Tarkin’s guidance, an ultimate weapon of unparalleled destruction moves ever closer to becoming a terrifying reality. When the so-called Death Star is completed, Tarkin is confident that the galaxy’s lingering pockets of Separatist rebellion will be brought to heel—by intimidation . . . or annihilation. 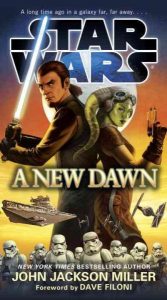 This is a tie-in novel for the tv show Star Wars Rebels. If you’ve ever wondered how Jarrus and Hara met, this book’s got the answer. On top of that it gives you even more rebellion back story.

Description: Ever since the Jedi were marked for death and forced to flee Coruscant, Kanan Jarrus has devoted himself to staying alive rather than serving the Force. Wandering the galaxy alone, from one anonymous job to another, he avoids trouble–especially with the Empire–at all costs. So when he discovers a deadly conflict brewing between ruthless Imperial forces and desperate revolutionaries, he’s not about to get caught in the crossfire. Then the brutal death of a friend at the Empire’s hands forces the ex-Jedi to make a choice: bow down to fear, or stand up and fight.

But Jarrus won’t be fighting alone. Unlikely allies, including a bomb-throwing radical, a former Imperial surveillance agent, a vengeful security officer, and the mysterious Hera Syndulla–an agent provocateur with motives of her own–team up with Jarrus to challenge the Empire. As a crisis of apocalyptic proportions unfolds on the planet Gorse, they must stand together against one of the Emperor’s most fearsome enforcers–for the sake of a world and its people. 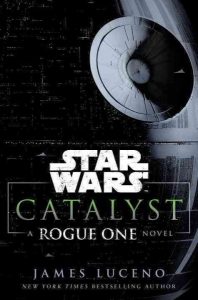 Ok, can’t tell you a lot about this one since it just came out and I haven’t read it yet, but its a direct tie in to Rogue One, so enjoy!

Description: War is tearing the galaxy apart. For years the Republic and the Separatists have battled across the stars, each building more and more deadly technology in an attempt to win the war. As a member of Chancellor Palpatine’s top secret Death Star project, Orson Krennic is determined to develop a superweapon before their enemies can. And an old friend of Krennic’s, the brilliant scientist Galen Erso, could be the key.