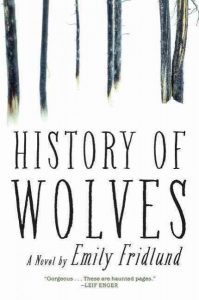 “Fourteen-year-old Linda lives with her parents in the beautiful, austere woods of northern Minnesota, where their nearly abandoned commune stands as a last vestige of a lost counter-culture world. Isolated at home and an outlander at school, Linda is drawn to the enigmatic, attractive Lily and new history teacher Mr. Grierson. When Mr. Grierson is charged with possessing child pornography, the implications of his arrest deeply affect Linda as she wrestles with her own fledgling desires and craving to belong.

And then the young Gardner family moves in across the lake and Linda finds herself welcomed into their home as a babysitter for their little boy, Paul. It seems that her life finally has purpose but with this new sense of belonging she is also drawn into secrets she doesn’t understand. Over the course of a few days, Linda makes a set of choices that reverberate throughout her life. As she struggles to find a way out of the sequestered world into which she was born, Linda confronts the life-and-death consequences of the things people do—and fail to do—for the people they love.” 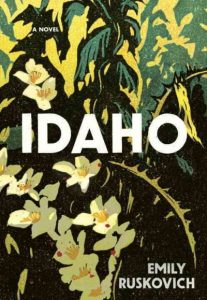 “Ann and Wade have carved out a life for themselves from a rugged landscape in northern Idaho, where they are bound together by more than love. With her husband’s memory fading, Ann attempts to piece together the truth of what happened to Wade’s first wife, Jenny, and to their daughters. In a story written in exquisite prose and told from multiple perspectives—including Ann, Wade, and Jenny, now in prison—we gradually learn of the mysterious and shocking act that fractured Wade and Jenny’s lives, of the love and compassion that brought Ann and Wade together, and of the memories that reverberate through the lives of every character in Idaho.

In a wild emotional and physical landscape, Wade’s past becomes the center of Ann’s imagination, as Ann becomes determined to understand the family she never knew—and to take responsibility for them, reassembling their lives, and her own.” 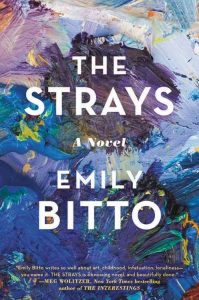 The Strays by Emily Bitto

“On her first day at a new school, Lily befriends Eva and her sisters Beatrice and Heloise, daughters of the infamous avant-garde painter Evan Trentham. An only child from an unremarkable, working-class family, Lily has never experienced a household like the Trenthams’–a community of like-minded artists Evan and his wife have created, all living and working together to escape the stifling conservatism of 1930’s Australia. And Lily has never met anyone like Eva, whose unabashed confidence and worldly knowledge immediately draw her in.

Infatuated by the creative chaos of the Trenthams and the artists who orbit them, Lily aches to fully belong in their world, craving something beyond her own ordinary life. She becomes a fixture in their home, where she and Eva spend their days lounging in the garden, filching cigarettes and wine, and skirting the fringes of the adults’ glamorous lives, who create scandalous art during the day and host lavish, debauched parties by night. But as seductive as the artists’ utopian vision appears, behind it lies both darkness and dysfunction. And the further the girls are pulled in, the greater the consequences become.

With elegance and vibrancy, THE STRAYS evokes the intense bonds of girlhood friendships, the volatile undercurrents of a damaged family, and the yearning felt by an outsider looking in.” 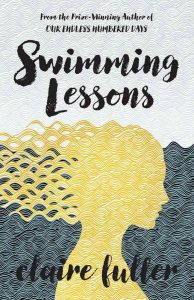 “Ingrid Coleman writes letters to her husband, Gil, about the truth of their marriage, but instead of giving them to him, she hides them in the thousands of books he has collected over the years. When Ingrid has written her final letter she disappears from a Dorset beach, leaving behind her beautiful but dilapidated house by the sea, her husband, and her two daughters, Flora and Nan.

Twelve years later, Gil thinks he sees Ingrid from a bookshop window, but he’s getting older and this unlikely sighting is chalked up to senility. Flora, who has never believed her mother drowned, returns home to care for her father and to try to finally discover what happened to Ingrid. But what Flora doesn’t realize is that the answers to her questions are hidden in the books that surround her. Scandalous and whip-smart, Swimming Lessons holds the Coleman family up to the light, exposing the mysterious truths of a passionate and troubled marriage.”