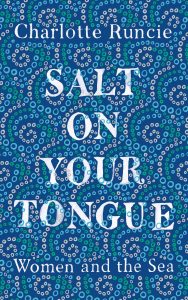 “Charlotte Runcie has always felt pulled to the sea, lured by its soothing, calming qualities but also enlivened and inspired by its salty wildness. When she loses her beloved grandmother, and becomes pregnant with her first child, she feels its pull even more intensely.

In Salt On Your Tongue, a mixture of memoir, social history, literary criticism, biography and nature writing, Charlotte explores what the sea means to us, and particularly what it has meant to women through the ages. This book is a walk on the beach with Turner, Shakespeare and the first American shanty singers who set sail from New York Harbor. It’s an ode to our oceans―to the sailors who brave their treacherous waters, to the women who lost their loved ones to the waves, to the creatures that dwell in their depths, to beach trawlers, swimmers, sea birds and mermaids.

Charlotte Runcie explores how the sea has inspired, fascinated and terrified us, and how she herself fell in love with the deep blue. Navigating through ancient Greek myths, poetry, shipwrecks and folktales, Salt On Your Tongue is about how the wild untameable waves can help us understand what it means to be human.” 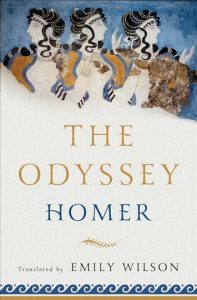 The Odyssey – Homer, Translated by Emily Wilson
“Composed at the rosy-fingered dawn of world literature almost three millennia ago, The Odyssey is a poem about violence and the aftermath of war; about wealth, poverty and power; about marriage and family; about travelers, hospitality, and the yearning for home.

This fresh, authoritative translation captures the beauty of this ancient poem as well as the drama of its narrative. Its characters are unforgettable, none more so than the “complicated” hero himself, a man of many disguises, many tricks, and many moods, who emerges in this version as a more fully rounded human being than ever before. 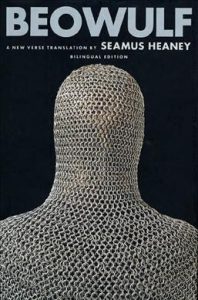 Beowulf – Translated by Seamus Heaney
“Composed toward the end of the first millennium, Beowulf is the elegiac narrative of the adventures of Beowulf, a Scandinavian hero who saves the Danes from the seemingly invincible monster Grendel and, later, from Grendel’s mother. He then returns to his own country and dies in old age in a vivid fight against a dragon. The poem is about encountering the monstrous, defeating it, and then having to live on in the exhausted aftermath. In the contours of this story, at once remote and uncannily familiar at the beginning of the twenty-first century, Nobel laureate Seamus Heaney finds a resonance that summons power to the poetry from deep beneath its surface.”
Further Reading: The Mere Wife – Maria Dahvana Headley 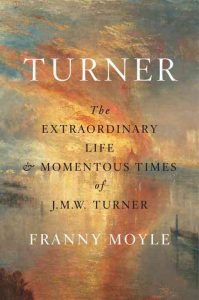 Turner: The Extraordinary Life and Momentous Times of J.M.W. Turner – Franny Moyle
“J.M.W. Turner is one of the most important figures in Western art, and his visionary work paved the way for a revolution in landscape painting. Over the course of his lifetime, Turner strove to liberate painting from an antiquated system of patronage. Bringing a new level of expression and color to his canvases, he paved the way for the modern artist.

Turner’s late, impressionistic work was held up by his Victorian detractors as example of a creeping madness. Affection for the artist’s work soured. John Ruskin, the greatest of all 19th century art critics, did what he could to rescue Turner’s reputation, but Turner’s very last works confounded even his greatest defender.

TURNER humanizes this surprising genius while placing him in his fascinating historical context. Franny Moyle brilliantly tells the story of the man to give us an astonishing portrait of the artist and a vivid evocation of Britain and Europe in flux.”
Further Watching: Mr. Turner starring Timothy Spall 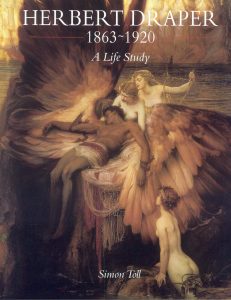 Herbert James Draper: A Life Study – Simon Toll
“Herbert Draper was one of the most successful painters of classical mythologies and elegant portraits, in the period between the turn of the Twentieth Century and the advent of the First World War. His pictures are the archetypes of the Victorian classical revival; dramatic and sensually charged subjects of beautiful maidens and dynamic heroes. Neglected for over half a century, Draper’s work has finally been reassessed. He is now regarded as one of the last great painters of classical narratives in late Victorian and Edwardian Britain. Herbert Draper: A Life Study is the first study of Draper’s art and life, largely based on previously unstudied material in private archives. Many of the pictures reproduced in this book for the first time are now in private collections and have not been exhibited since Draper’s death.” 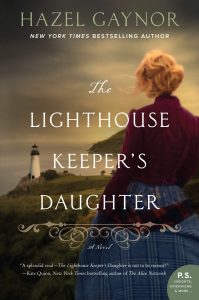 The Lighthouse Keeper’s Daughter – Hazel Gaynor
“From The New York Times bestselling author of The Girl Who Came Home comes a historical novel inspired by true events, and the extraordinary female lighthouse keepers of the past two hundred years.

They call me a heroine, but I am not deserving of such accolades. I am just an ordinary young woman who did her duty.

1838: Northumberland, England. Longstone Lighthouse on the Farne Islands has been Grace Darling’s home for all of her twenty-two years. When she and her father rescue shipwreck survivors in a furious storm, Grace becomes celebrated throughout England, the subject of poems, ballads, and plays. But far more precious than her unsought fame is the friendship that develops between Grace and a visiting artist. Just as George Emmerson captures Grace with his brushes, she in turn captures his heart.

1938: Newport, Rhode Island. Nineteen-years-old and pregnant, Matilda Emmerson has been sent away from Ireland in disgrace. She is to stay with Harriet, a reclusive relative and assistant lighthouse keeper, until her baby is born. A discarded, half-finished portrait opens a window into Matilda’s family history. As a deadly hurricane approaches, two women, living a century apart, will be linked forever by their instinctive acts of courage and love.” 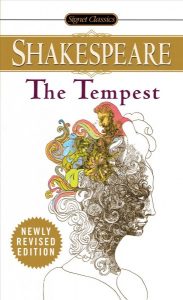 The Tempest – William Shakespeare
“The Tempest gives us a magician, Prospero, a former duke of Milan who was displaced by his treacherous brother, Antonio. Prospero is exiled on an island, where his only companions are his daughter, Miranda, the spirit Ariel, and the monster Caliban. When his enemies are among those caught in a storm near the island, Prospero turns his power upon them through Ariel and other spirits.”
Further Reading: Shakespeare’s Island: St. Helena and The Tempest – David J Jeremiah
Further Watching: The Tempest starring Helen Mirren and Ben Wishaw / The Tempest – Recorded at the Royal Shakespeare Theatre 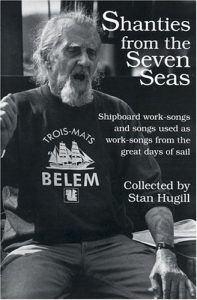 Shanties from the Seven Seas – Stan Hugill
“This book contains not only more than 400 sea shanties but as much of their history as Stan Hugill could collect in his extraordinary career as sailor, scholar, author, artist and inspiration to new generations of sea-music enthusiasts and performers.”
Further Listening: American Sea Songs & Shanties