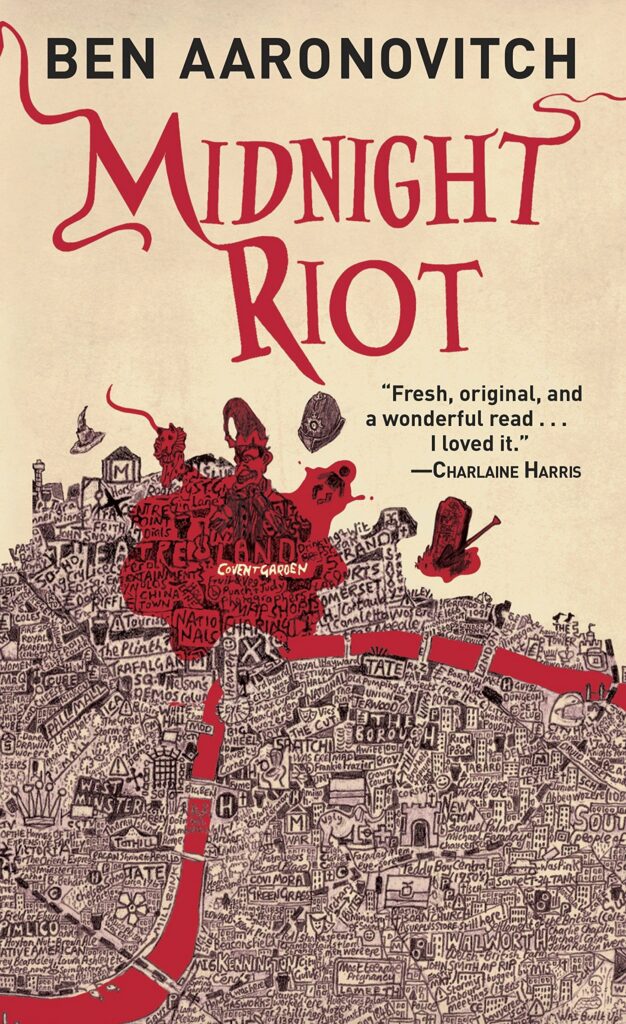 Like many people stuck at home with some spare time on my hands I’ve been reading more. For most of that time I have been binge reading/listening/looking at the Rivers of London Series. Its technically called the Peter Grant Series but I think Rivers of London sounds cooler. It consists of eight novels, two novellas and seven graphic novels with more on the way.

The series opens with the book Midnight Riot, or Rivers of London if you have the British copy, with probationary constable Peter Grant of the London Metropolitan Police meeting a ghost at a crime scene in Covent Garden. That starts him down a career path to become an apprentice wizard/police constable in a little known branch of the Met charged with dealing with breaches of the Queen’s peace involving the supernatural. Along the way he meets (and sometimes arrests) gods and goddesses of rivers, ghosts, fae and many other magical individuals including his boss Chief Inspector Nightingale who has a mysterious past all his own.

The stories are chock full of references to history, literature, music, architecture and pop culture. It’s also full of London slang so its perfect for your dedicated Anglophile. In fact I’d recommend listening to a few of the books as it can be kind of easy to miss references when you are reading it. Also the individual they have doing the reading is fantastic at different English accents. I’d say if you like Neil Gaiman and Terry Pratchett (who even gets referenced a few times) you will probably enjoy these. The first three books, Rivers of London, Moon Over Soho and Whispers Underground, are available as ebook or audio book from Hoopla and/or Overdirve. If you decide to buy some of them I recommend trying to get the books with the early covers (as pictured) and they look a lot better.