Current events have reminded me that like many white Americans I am sadly lacking in my knowledge of African History. Over the course of the pandemic I’ve put together an African history reading list that I have been slowly working my way through. This is only the beginning of the list which focuses mostly on medeival and early modern Africa. After I work my way through these I’ll hopefully move on to 20th century Africa. Sadly most of these titles are unavailable on Hoopla and Overdrive and only one is available as a hard copy in the library. This is a deficiency I am working to correct. 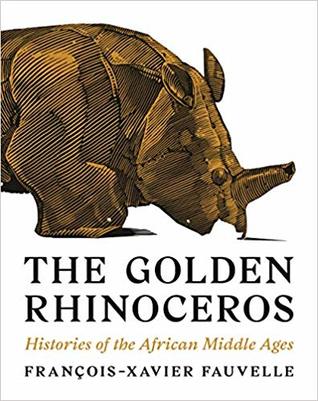 The Golden Rhinoceros: Histories of the African Middle Ages by François-Xavier Fauvelle
From the birth of Islam in the seventh century to the voyages of European exploration in the fifteenth, Africa was at the center of a vibrant exchange of goods and ideas. It was an African golden age in which places like Ghana, Nubia, and Zimbabwe became the crossroads of civilizations, and where African royals, thinkers, and artists played celebrated roles in the globalized world of the Middle Ages. The Golden Rhinoceros brings this unsung era marvelously to life, taking readers from the Sahara and the Nile River Valley to the Ethiopian highlands and southern Africa.

Drawing on fragmented written sources as well as his many years of experience as an archaeologist, François-Xavier Fauvelle painstakingly reconstructs an African past that is too often denied its place in history–but no longer. He looks at ruined cities found in the mangrove, exquisite pieces of art, rare artifacts like the golden rhinoceros of Mapungubwe, ancient maps, and accounts left by geographers and travelers–remarkable discoveries that shed critical light on political and architectural achievements, trade, religious beliefs, diplomatic episodes, and individual lives.

A Fistful of Shells:West Africa from the Rise of the Slave Trade to the Age of Revolution By Toby Green 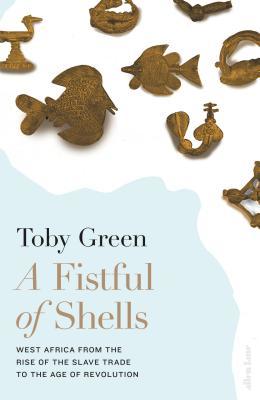 By the time of the ‘Scramble for Africa’ in the late nineteenth century, Africa had already been globally connected for many centuries. Its gold had fuelled the economies of Europe and Islamic world since around 1000, and its sophisticated kingdoms had traded with Europeans along the coasts from Senegal down to Angola since the fifteenth century. Until at least 1650, this was a trade of equals, using a variety of currencies – most importantly shells: the cowrie shells imported from the Maldives, and the nzimbu shells imported from Brazil.
Over time, the relationship between Africa and Europe revolved ever more around the trade in slaves, damaging Africa’s relative political and economic power as the terms of monetary exchange shifted drastically in Europe’s favour. In spite of these growing capital imbalances, longstanding contacts ensured remarkable connections between the Age of Revolution in Europe and America and the birth of a revolutionary nineteenth century in Africa.
African Dominion: A New History of Empire in Early and Medieval West Africa by Michael A. Gomez 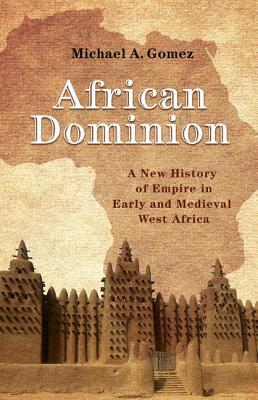 Pick up almost any book on early and medieval world history and empire, and where do you find West Africa? On the periphery. This pioneering book, the first on this period of the region’s history in a generation, tells a different story. Interweaving political and social history and drawing on a rich array of sources, including Arabic manuscripts, oral histories, and recent archaeological findings, Michael Gomez unveils a new vision of how categories of ethnicity, race, gender, and caste emerged in Africa and in global history more generally. Scholars have long held that such distinctions arose during the colonial period, but Gomez shows they developed much earlier.

Focusing on the Savannah and Sahel region, Gomez traces the exchange of ideas and influences with North Africa and the Central Islamic Lands by way of merchants, scholars, and pilgrims. Islam’s growth in West Africa, in tandem with intensifying commerce that included slaves, resulted in a series of political experiments unique to the region, culminating in the rise of empire. A major preoccupation was the question of who could be legally enslaved, which together with other factors led to the construction of new ideas about ethnicity, race, gender, and caste–long before colonialism and the transatlantic slave trade.

The Fortunes of Africa: A 5,000-Year History of Wealth, Greed, and Endeavor by Martin Meredith 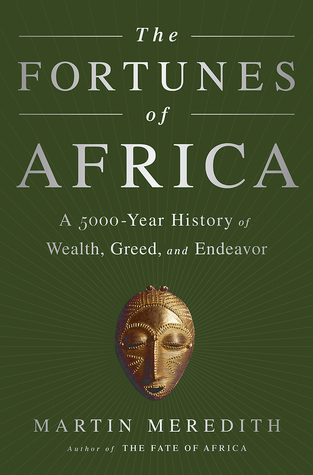 Africa has been coveted for its rich natural resources ever since the era of the Pharaohs. In past centuries, it was the lure of gold, ivory, and slaves that drew merchant-adventurers and conquerors from afar. In modern times, the focus of attention is on oil, diamonds, and other rare earth minerals.

In this vast and vivid panorama of history, Martin Meredith follows the fortunes of Africa over a period of 5,000 years. With compelling narrative, he traces the rise and fall of ancient kingdoms and empires; the spread of Christianity and Islam; the enduring quest for gold and other riches; the exploits of explorers and missionaries; and the impact of European colonization. He examines, too, the fate of modern African states and concludes with a glimpse of their future.