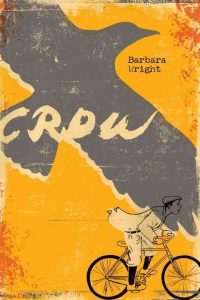 This middle grade historical fiction novel was written in 2012 and covers the 1898 Wilmington Race Riot and only successful coup on American soil. The local elected government in Wilmington that included  African American Alderman and white officials who supported them were threatened and banished from the town. White Supremacists completely destroyed the thriving African American community in Wilmington, disenfranchising Black voters through scare tactics using armed militia to patrol Black neighborhoods and parade through town with a Gatling Gun.
The story is told from the perspective of  11-year-old Moses whose father works for  the Daily Record, which at the time was the largest African American daily newspaper in the South.
While racist language is used in the book, it is done so only by racist characters. I am always skeptical of a book written from the perspective of a person of color by a writer who is  not. Wright seems to have done her research and the book explores not only themes of race, but of social class and family relationships.
The relationship between Moses and his friends Lewis and Tommy explore social class in the time of Reconstruction. Then there’s the sweet relationship between Moses and his father Jack who throughout the book expresses his strong belief in the Democratic process even when all seems lost. Then there’s Boo Nanny, Moses’ grandmother born into slavery and clinging to her superstitions, but strong in her love for Moses.

This book not only provides information about an important event in American History, but also celebrates African American achievements and loving family bonds. The writing surprised me and I highly recommend this book.