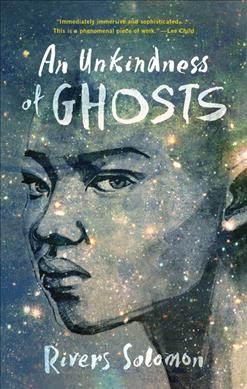 River Solomon’s An Unkindness of Ghosts is an imaginative, violent science fiction novel that explores the brutality of plantation slavery in a generation ship setting, which holds the descendents of those who fled a dying Earth hundreds of years ago. The world of Matilda (the spaceship) is very well built, exploring a very diverse population living aboard and their many means of survival, as well as the many traumas they are forced to face by the dystopian, dictatorial leadership of the Sovereignty. The setting provides very interesting science fiction elements to the operation of the world, such as artificial sun and creating medicines with limited supplies, but the social setting does closely resemble the antebellum South. The depiction of slavery is violent and horrifying and burtal. This is not a pretty book, but it is not meant to be pretty. Still, it is not without hope. The diverse characters, the relationships between the characters, the sacrifices and choices they make for one another, and even the ending promise hope (though without giving too much away, it is still a sad ending, just not devoid of hope). This may not be the book for readers expecting hard science fiction, but it does provide a fascinating exploration of the ways the technologies in the story would change (or not change) societal structures and cultural norms. This was definitely not an easy read, but it was a fascinating one.