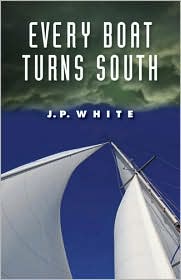 Matt Younger is a 30-year-old boat delivery captain, who returns to Amelia Island, Florida from the Dominican Republic to make a confession to his dying father. With two companions, a cook named Jesse, and Phillip, a French mechanic, Matt tells his father how he set off from West Palm Beach on board Stardust, a 40′ trimaran that will be tested as much as the crew. Matt reveals how, instead of sailing Stardust in one outside shot to ST. Thomas, he drifts through the Bahamas, arriving in the Turks & Caicos, just as the trade winds switch against him. There in the Cockburn Harbor, Matt’s brush with a drug pilot will take him off course to the Dominican Republic where the dreams that enchant these three sailors are paid for in lust, betrayal, and violence. When Matt meets Rosario, a sensuous Dominican woman, he believes she can help him outdistance his guilt over his role in the premature death of his brother who was the father’s favorite son, yet Rosario has her own dream of escape which she must negotiate just as Matt presses her to leave with him for St. Thomas. Every Boat Turns South is, in part, a meditation on dying, on love and forgiveness as well as an adventure odyssey of the wayward flesh and the returning spirit, and on how one re-invents and denies the past in order to redeem the present.

One of our staff members loved this book. She said that it was beautifully written, very poetic and that she didn’t want to stop reading it.