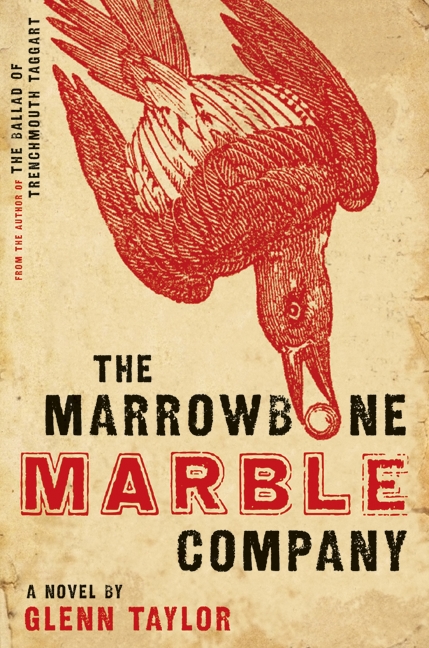 When Loyal Ledford, returns to the Mann Glass Factory after being wounded at Guadalcanal, he has trouble readjusting to his old life. He drinks to drown the horrors he saw there and finds the most comfort talking to an African-American veteran, Mack Wells. Though trained as an engineer during the war, Mack resumes his post as the janitor, one of many inequities that he must suffer and which Ledford can’t stand. When his wife, introduces Ledford to a local minister and professor, Rev. Staples, Ledford learns about Martin Luther King. Ledford decides to leave Mann Glass and start a marble company at Marrowbone Cut, land owned by his eccentric cousins, Dimple and Wimpy. They set out to forge an integrated, self-sufficient community and they gain a number of followers throughout the years. But, their community doesn’t go unnoticed and many of their neighbors don’t approve of their ways. This conflict of ideas common during the Civil Rights Era brings the novel to a harrowing and unexpected conclusion.

Told from many points of view, by rich and realistic characters, this novel takes a fresh look at a time period that has been viewed through a variety of lenses. Flawed but full of determination, Ledford is a strong focal point. Taylor’s details make the story more than a soapbox for political ideas. The glass making and marbles, the unique secondary characters and Ledford’s personal struggles all add depth to the story.  I have seen many interviews and video footage from the Civil Rights Era, but when Ledford’s daughter and Mack’s son go to Selma it made the hairs on my arms stand on end. It may sound cliche to say that I felt like I was there, but I definitely felt caught up in the moment.

I was a little puzzled by the ending, however. The book was filled with hope yet, the end left me reeling.  I wasn’t quite sure what to take away from it, but it makes for great discussion. Taylor’s gifts as a storyteller, put him in the category of some of our great American writers and makes reading about the journey of Loyal Ledford worthwhile.