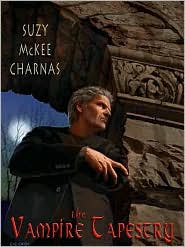 Vampire Tapestry centers on a one of a kind, handsome vampire, posing as a college professor. He has lived many lives, is a lone vampire unable to remember his past but has thoughts of events he has lived through. His life takes many turns including being discovered twice as a vampire, shot, captured, caged, exhibited, counseled, provoked by a play, and finally disappears with the idea of returning to the earth another time. During his adventures he satisfies his hunger for blood in a most unusual vampire way and manages to kill a few people. All this happens while working at two colleges, in two different locations in the US.