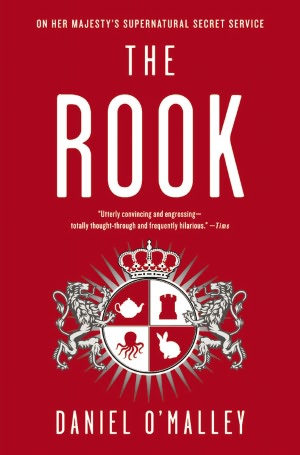 Myfanwy (rhymes with Tiffany) Thomas wakes up badly beaten and with no memory. The only reason why she knows her name is that there is a letter in her pocket from the original Myfanwy with her name on it telling her what she needs to do next. Slowly over this almost 500 page book, with the guidance in the form of letters from her original self, Myfanwy not only successfully navigates the magical and dangerous world of the Chequy, but also rediscovers herself and even finds inner strengths and talents her previous self did not know she had.

I honestly loved this book and recommend it to anyone who loves fantasy and mystery/detective stories. Myfanwy is a bit hard to warm up to at first but that’s not surprising given that she’s had her entire identity wiped out by a mysterious enemy. The Chequy is a fantastical organization which employs and controls various supernatural creatures and people. Myfanwy is part of the branch called the Rooks who are basically the law enforcement and troubleshooting branch of the organization. The characters are wonderful and the plot is so unique I have a little trouble comparing it to anything else out there. There is also fair bit of humor in this debut novel which makes you want to gobble it up even faster. Best of all, Daniel O’Malley has already promised us a sequel.

Check the catalog for The Rook