Summer is officially here. Here are a few beach reads you might want to take with you when you cool off by the sea. 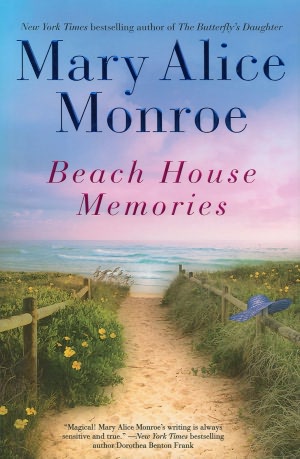 Beach House Memories- Mary Alice Monroe
“In 1974, America was changing, but Charleston remained eternally the same. Lovie had always done what was expected—marrying the son of a historic Charleston family, Stratton Rutledge, and turning over her fortune and fate to his control. But one thing she steadfastly refuses to relinquish: her family’s old seaside cottage. The precious summers spent on the barrier island are Lovie’s refuge. Here, she can escape with her children from the social expectations of her traditional Southern mother, and her overbearing husband’s ambition and philandering. Here, she indulges her lifelong vocation as a “Turtle Lady,” tending the loggerhead sea turtles that lay their eggs in the warm night sand and then slip back into the sea.

This summer, however, is different. Visiting biologist Russell Bennett arrives on the island to research the loggerheads. What begins as a shared passion for the turtles changes to a love far more passionate and profound than Lovie has ever known—but one that forces her to face the most agonizing decision of her life.” 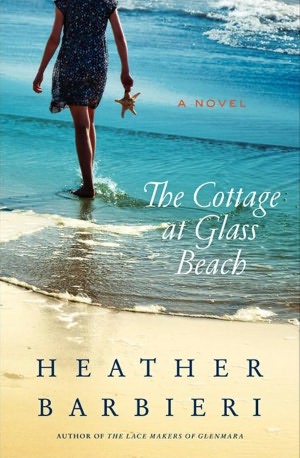 The Cottage at Glass Beach – Heather Barbieri
“Married to the youngest attorney general in Massachusetts state history, Nora Cunningham is a picture-perfect political wife and a doting mother. But her carefully constructed life falls to pieces when she, along with the rest of the world, learns of the infidelity of her husband, Malcolm.

Humiliated and hounded by the press, Nora packs up her daughters—Annie, seven; and Ella, twelve—and takes refuge on Burke’s Island, a craggy spit of land off the coast of Maine. Settled by Irish immigrants, the island is a place where superstition and magic are carried on the ocean winds, and wishes and dreams wash ashore with the changing tides.

Nora spent her first five years on the island but has not been back to the remote community for decades—not since that long ago summer when her mother disappeared at sea. One night while sitting alone on Glass Beach below the cottage where she spent her childhood, Nora succumbs to grief, her tears flowing into the ocean. Days later she finds an enigmatic fisherman named Owen Kavanagh shipwrecked on the rocks nearby. Is he, as her aunt’s friend Polly suggests, a selkie—a mythical being of island legend—summoned by her heartbreak, or simply someone who, like Nora, is trying to find his way in the wake of his own personal struggles?

Just as she begins to regain her balance, her daughters embark on a reckless odyssey of their own—a journey that will force Nora to find the courage to chart her own course and finally face the truth about her marriage, her mother, and her long-buried past.” 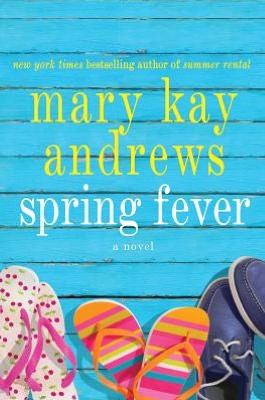 Spring Fever ~ Mary Kay Andrews
“Annajane Hudgens truly believes she is over her ex-husband, Mason Bayless.  They’ve been divorced for four years, she’s engaged to a new, terrific guy, and she’s ready to leave the small town where she and Mason had so much history.  She is so over Mason that she has absolutely no problem attending his wedding to the beautiful, intelligent, delightful Celia.  But when fate intervenes and the wedding is called to a halt as the bride is literally walking down the aisle, Annajane begins to realize that maybe she’s been given a second chance.  Maybe everything happens for a reason.  And maybe, just maybe, she wants Mason back.  But there are secrets afoot in this small southern town.  On the peaceful surface of Hideaway Lake, Annajane discovers that the past is never really gone.  Even if there are people determined to keep Annajane from getting what she wants, happiness might be hers for the taking, and the life she once had with Mason in this sleepy lake town might be in her future.”