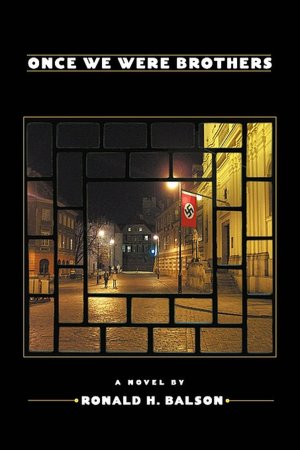 “Elliot Rosenzweig, a respected civic leader and wealthy philanthropist, is attending a fundraiser when he is suddenly accosted and accused of being a former Nazi SS officer named Otto Piatek. Although the charges are denounced as preposterous, his accuser, Ben Solomon, is convinced he is right. Solomon urges attorney Catherine Lockhart to take his case, revealing that Otto Piatek was abandoned as a child and raised by Solomon’s family only to betray them during the Nazi occupation. But has he accused the right man?

Once We Were Brothers is the compelling tale of two boys and a family that struggles to survive in war-torn Poland. It is also the story of a young lawyer who must face not only a powerful adversary, but her own self-doubts.”

Marie could not put this book down; thoroughly enjoying it from start to finish. She suggests it for readers who also enjoyed Tatiana de Rosnay’s Sarah’s Key and Alyson Richman’s The Lost Wife.

Check the catalog for availability