One of the many things I like about being a librarian is the serendipitous way reading material falls into your hands. This is a good thing for me since, left to my own devices, I will go to the history section and not leave. One day a few months ago I was working at the circulation desk when someone returned Tokyo Vice by Jake Adelstein. It caught my eye because I had just finished reading Haruki Murakami’s After Dark and was fascinated by the often seamy underbelly of Tokyo it presented. I was interested in finding something like that (incidentally if you are interested in reading Murakami and are intimidated by 1Q84, After Dark is a good place to start). Then, just as fast as Tokyo Vice appeared, it vanished. The desk was busy and it went on a cart and I forgot it. A couple weeks ago, I was up in the HV section hunting for a misshelved book.  I couldn’t find the book but while kneeling there on the floor staring at the shelf I saw Tokyo Vice. This time I didn’t let it get away.

On its surface Tokyo Vice is a memoir of Jake Adelstein’s decade of working as the only American police reporter for the Yomiuri Shinbun newspaper in Tokyo.  The book however would appeal to a lot of different readers. It works as a “true crime” book with lots of edge-of-your-seat stories of murders, extortion, sexual crime and interactions with the Yakuza (the Japanese mob) 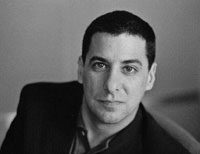 . The book actually opens with Adelstein being threatened by a Yakuza enforcer. The book is also an examination of Japanese culture from the perspective of a person who is both an outsider and an insider. Adelstein immersed himself in Japanese culture for the years he worked on the newspaper. At one point he finds himself stumbling over his native tongue when he has to interact with English speakers. Yet he still is very conscious of the fact that he is a foreigner and spends a great deal of time with the fascinating minutia of Japanese culture. He devotes a whole chapter to the Japanese love of how-to manuals and how that affected his work. The book is also an indictment of human trafficking in Japan.  He is now the public relations director of the Polaris Project Japan which fights human trafficking and you see in his book how he came to that role.

The book itself is written in a relaxed off the cuff often humorous style. This takes some of the edge of what is a very gritty subject. Adelstein is very forth coming about what he did as a reporter from giving gifts to cops to his close encounters with Japan’s adult entertainment industry. If you want to hear more about this book here is an interview with Jake Adelstein on NPR’s Fresh Air.