The Silk Road, that myriad of trade routes crisscrossing Asia in the middle ages, has always held a certain fascination for me. The imagery alone is spellbinding: 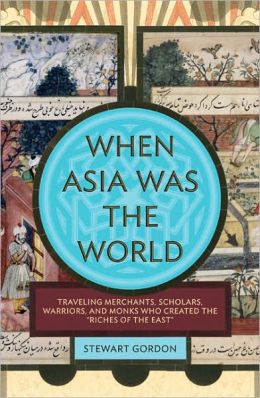 trackless deserts, vast mountain ranges and endless steppe and in this massive space, caravans of camels and yaks carrying the luxury goods across centuries. That’s what first drew me to Stewart Gordon’s When Asia Was the World: Traveling Merchants, Scholars, Warriors and Monks who Created the “Riches of the East.” But what fascinated me even more when I got the book was how a scholar writes a book about an area that covers hundreds of thousands of miles and a thousand years of history and gets it into a book that’s less than 200 pages.

What is unique about When Asia was the World is its format. Rather than try to encompass the whole of the history of Asia in the middle ages Gordon focuses on vignettes that illustrate the major themes of the time. Each of these vignettes focuses on a particular time period, a particular person and illustrates a particular point. For example the book opens with the story of a Buddhist monk from the 7th century traveling from China to India in search of knowledge to demonstrate the movement of ideas across huge distances that was common in this time. Or the story of Muslim spice trader of 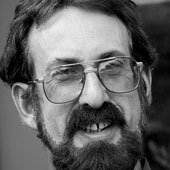 the coast of India in 11th century fretting over the loss of a consignment of cardamom to show the complexities of trade in the Asian world. These stories are derived mostly from travel narratives and business records although he also utilizes archeological sources. These beautifully written stories taken together reveal a region knitted together by a vast network of ideas and merchandise almost like a physical internet.

The individuals this book would most obviously appeal to would be those interested in Asian history, Medieval history and Middle Eastern history. However there is a literary quality to the book that might even appeal to readers of historic fiction. Listen to some interviews with Stewart Gordon talking about his work