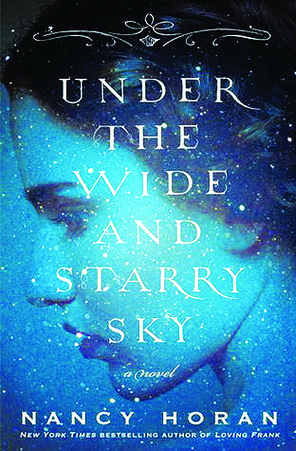 Fanny Osbourne. The story begins with Fanny arriving in Antwerp with her children fleeing her philandering husband in America. A lot of time is spent with Fanny before Stevenson is introduced in chapter ten jumping through a window in a French inn. This is a subtle statement of one of the books major themes that without Fanny Osbourne there would have been no Robert Louis Stevenson. Horan is very good at this showing how at every step of his writing career it was Fanny that supported him, edited his stories, gives him ideas and often times nursed him back to health all at the expense of her own writing and painting. That devotion becomes one of the major tensions of their relationship. However, the one question that Horan doesn’t really answer is does why Fanny do it. It is very clear what Stevenson sees in Fanny. She is an exotic America who rolls her own cigarettes. To the sickly Stevenson who was just starting to get out from under the thumb of his parents and have adventures of his own she was irresistible. It’s not clear though what she sees in him besides a brilliant writer. In spite of that weakness, the characters are very sharply drawn. One obvious group this book would appeal to is lovers of Stevenson’s writing who will not be able to resist watching him write their favorite books. Horran also does an excellent job creating the world for the reader and she has to. Stevenson and Osbourne cover a lot of ground: Paris, Scotland, The east and west coast of the US and the South Pacific among others. Those places are as much a part of the story as the protagonists and her writing takes you there and gives you the feeling of walking along with the them through the latter half of the 19th century.