“The Will Eisner Comic Industry Awards are considered the “Oscars” of the comics world. Named for the pioneering comics creator and graphic novelist Will Eisner, the awards are given out in more than two dozen categories during a ceremony each year at Comic-Con International: San Diego.” [X]

If you have a minute (or four) to peruse the lengthy list of nominations, click here. Otherwise, here’s a closer look at a few of the nominated titles you can find in either the YA or adult graphic novel collection. 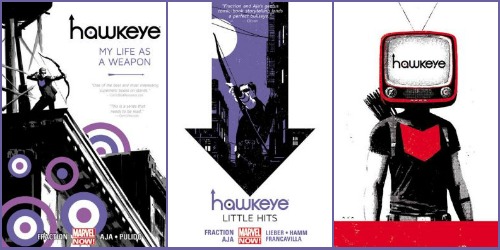 “The breakout star of this summer’s blockbuster Avengers film, Clint Barton – aka the self-made hero Hawkeye – fights for justice! With ex-Young Avenger Kate Bishop by his side, he’s out to prove himself as one of Earth’s Mightiest Heroes! SHIELD recruits Clint to intercept a packet of incriminating evidence – before he becomes the most wanted man in the world. You won’t believe what is on The Tape! What is the Vagabond Code? Matt Fraction pens a Hawkeye thriller that spans the globe…and the darkest parts of Hawkeye’s mind. Barton and Bishop mean double the Hawkeye and double the trouble…and stealing from the rich never looked so good.” 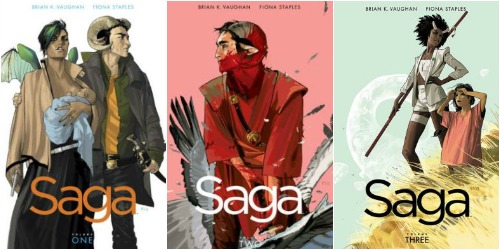 “When two soldiers from opposite sides of a never-ending galactic war fall in love, they risk everything to bring a fragile new life into a dangerous old universe. From New York Times bestselling writer Brian K. Vaughan (Y: The Last Man, Ex Machina) and critically acclaimed artist Fiona Staples (Mystery Society, North 40), Saga is the sweeping tale of one young family fighting to find their place in the worlds.” 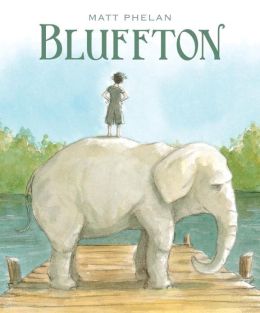 “In the summer of 1908, in Muskegon, Michigan, a visiting troupe of vaudeville performers is about the most exciting thing since baseball. They’re summering in nearby Bluffton, so Henry has a few months to ogle the elephant and the zebra, the tightrope walkers and — lo and behold — a slapstick actor his own age named Buster Keaton. The show folk say Buster is indestructible; his father throws him around as part of the act and the audience roars, while Buster never cracks a smile. Henry longs to learn to take a fall like Buster, “the human mop,” but Buster just wants to play ball with Henry and his friends.”

Also by Matt Phelan: Around the World: Three Remarkable Journeys 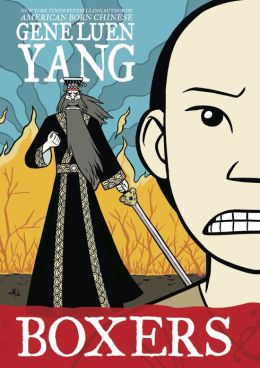 “China,1898. Bands of foreign missionaries and soldiers roam the countryside, bullying and robbing Chinese peasants. Little Bao has had enough. Harnessing the powers of ancient Chinese gods, he recruits an army of Boxers – commoners trained in kung fu who fight to free China from “foreign devils.” Against all odds, this grass-roots rebellion is violently successful. But nothing is simple. Little Bao is fighting for the glory of China, but at what cost? So many are dying, including thousands of “secondary devils” – Chinese citizens who have converted to Christianity.”