After many years spent traveling and reporting on the considerable number of life-altering events of her era, Martha Gellhorn, war correspondent, passed away on this day in 1998, at the age of 89. Gellhorn began as a novelist before turning to journalism, had the dubious honor of being Ernest Hemingway’s third wife, and considered Eleanor Roosevelt a pen pal. A remarkable woman, Gellhorn witnessed war and poverty, and reported on all things with brutal honesty and a fiction writer’s keen eye for detail. 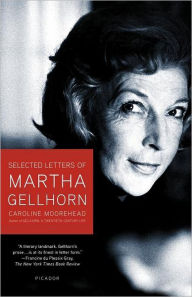 “Martha Gellhorn’s reporting career brought her to the front lines of virtually every significant conflict from the Spanish Civil War to the end of the cold war. While Gellhorn’s wartime dispatches rank among the best of the century, her personal letters are their equal: as vivid and fascinating as her reporting was trenchant. Gellhorn’s correspondence introduces us to the woman behind the often inscrutable journalist, chronicling her friendships with twentieth-century luminaries as well as her tempestuous marriage to Ernest Hemingway.

Caroline Moorehead, Gellhorn’s critically acclaimed biographer, was granted exclusive access to the letters. This expertly edited volume contextualizes Gellhorn’s correspondence within the arc of her entire life; the result is an intimate portrait of one of the most accomplished women of modern times.” 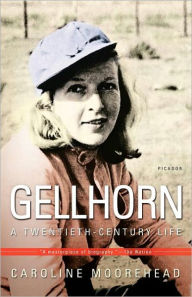 “Martha Gellhorn’s heroic career as a reporter brought her to the front lines of virtually every significant international conflict between the Spanish Civil War and the end of the cold war; her wartime dispatches rank among the best of the century. From her birth in St. Louis in 1908 to her death in London in 1998, the tall, glamorous blonde passed through Africa, Cuba, Panama, and most of the great cities of Europe. She made friends easily-among them Eleanor Roosevelt, Leonard Bernstein, and H. G. Wells-but happiness often eluded her despite her professional success: both of her marriages ended badly, the first, to Ernest Hemingway, dramatically and publicly so.

Drawn from extensive interviews and exclusive access to Gellhorn’s papers and correspondence, this seminal biography spans half the globe and almost an entire century to offer an exhilarating, intimate portrait of one of the defining women of our times.” 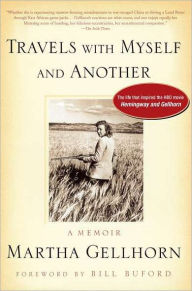 Travels with Myself and Another: A Memoir.

“Martha Gellhorn was so fearless in a male way, and yet utterly capable of making men melt,” writes New Yorker literary editor Bill Buford. As a journalist, Gellhorn covered every military conflict from the Spanish Civil War to Vietnam and Nicaragua. She also bewitched Eleanor Roosevelt’s secret love and enraptured Ernest Hemingway with her courage as they dodged shell fire together.

Hemingway is, of course, the unnamed “other” in the title of this tart memoir, first published in 1979, in which Gellhorn describes her globe-spanning adventures, both accompanied and alone. With razor-sharp humor and exceptional insight into place and character, she tells of a tense week spent among dissidents in Moscow; long days whiled away in a disused water tank with hippies clustered at Eilat on the Red Sea; and her journeys by sampan and horse to the interior of China during the Sino-Japanese War.” 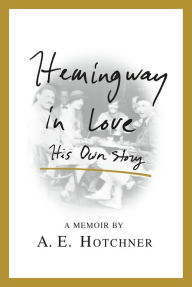 “Ernest always kept a few of his special experiences off the page, storing them as insurance against a dry-up of ideas. But after a near miss with death, he entrusted his most meaningful tale to Hotchner, so that if he never got to write it himself, then at least someone would know. In characteristically pragmatic terms, Hemingway divulged the details of the affair that destroyed his first marriage: the truth of his romantic life in Paris and how he gambled and lost Hadley, the great love he’d spend the rest of his life seeking.

But the search was not without its notable moments, and he told of those, too: of impotence cured in a house of God; of back-to-back plane crashes in the African bush, one of which nearly killed him, while he emerged from the other brandishing a bottle of gin and a bunch of bananas; of cocktails and commiseration with F. Scott Fitzgerald and Josephine Baker; of adventure, human error, and life after lost love. This is Hemingway as few have known him – humble, thoughtful, and full of regret.” 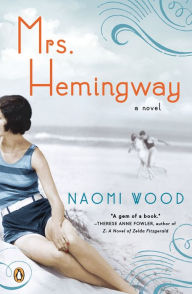 “Paula McLain’s New York Times–bestselling novel piqued readers’ interest about Ernest Hemingway’s romantic life. But Hadley was only one of four women married, in turn, to the legendary writer. Just as T.C. Boyle’s bestseller The Women completed the picture begun by Nancy Horan’s Loving Frank, Naomi Wood’s Mrs. Hemingway tells the story of how it was to love, and be loved by, the most famous and dashing writer of his generation. Hadley, Pauline, Martha and Mary: each Mrs. Hemingway thought their love would last forever; each one was wrong.

Told in four parts and based on real love letters and telegrams, Mrs. Hemingway reveals the explosive love triangles that wrecked each of Hemingway’s marriages. Spanning 1920s bohemian Paris through 1960s Cold War America, populated with members of the fabled “Lost Generation,” Mrs. Heminway is a riveting tale of passion, love, and heartbreak.”

“Madrid, 1936. In a city blasted by civil war, six people meet and find their lives changed forever. Ernest Hemingway, his career stalled, his marriage sour, hopes this war will give him fresh material and new romance; Martha Gellhorn, an ambitious novice journalist hungry for love and experience, thinks she will find both with Hemingway in Spain. Robert Capa and Gerda Taro, idealistic young photographers based in Paris, are inventing modern photojournalism as they capture history in the making. And Arturo Barea, Madrid’s foreign press chief, and Ilsa Kulcsar, his Austrian deputy, are struggling to balance truth-telling with loyalty to their sometimes compromised cause―a struggle that places both of them in peril. Hotel Florida traces the tangled wartime destinies of these three couples against the backdrop of a critical moment in history.

From the raw material of unpublished letters and diaries, official documents, and recovered reels of film, Amanda Vaill has created a narrative of love and reinvention that is, finally, a story about truth: finding it out, telling it, and living it―whatever the cost.” 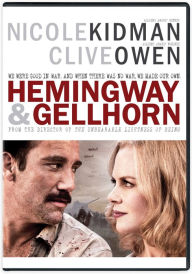 “A 1936 meeting between novelist Ernest Hemingway and war correspondent Martha Gellhorn sparks a nine-year relationship dominated by a volatile romance that nearly rivaled the combat zones into which they threw themselves in Spain, China, and World War II.”