Bakewell’s new book on Sartre, Beauvoir, and Company blinked onto my radar several months ago and stayed there, but it wasn’t until I read The Bookseller’s interview with the author, and then a Beauvoir-centric excerpt, that the book went from under consideration to Must Read. While I might have read The Second Sex and Being and Nothingness in college, if you imagine that I remember anything but the stripped-down-to-bones basics of those texts, sadly, that’s not the reality of my memory. Most likely I’ll want to revisit both books after finishing Bakewell’s, hence this handy (I hope) guide to further existentialist reading in case you find yourself in this same boat with me. 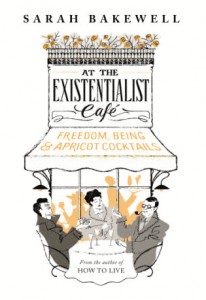 Sarah Bakewell. At the Existentialist Cafe: Freedom, Being, and Apricot Cocktails. 2016.

“Paris, 1933: three contemporaries meet over apricot cocktails at the Bec-de-Gaz bar on the rue Montparnasse. They are the young Jean-Paul Sartre, Simone de Beauvoir, and longtime friend Raymond Aron, a fellow philosopher who raves to them about a new conceptual framework from Berlin called Phenomenology. ‘You see,’ he says, ‘if you are a phenomenologist you can talk about this cocktail and make philosophy out of it!’

It was this simple phrase that would ignite a movement, inspiring Sartre to integrate Phenomenology into his own French, humanistic sensibility, thereby creating an entirely new philosophical approach inspired by themes of radical freedom, authentic being, and political activism. This movement would sweep through the jazz clubs and cafés of the Left Bank before making its way across the world as Existentialism.

Featuring not only philosophers, but also playwrights, anthropologists, convicts, and revolutionaries, At the Existentialist Café follows the existentialists’ story, from the first rebellious spark through the Second World War, to its role in postwar liberation movements such as anticolonialism, feminism, and gay rights. Interweaving biography and philosophy, it is the epic account of passionate encounters—fights, love affairs, mentorships, rebellions, and long partnerships—and a vital investigation into what the existentialists have to offer us today, at a moment when we are once again confronting the major questions of freedom, global responsibility, and human authenticity in a fractious and technology-driven world.” 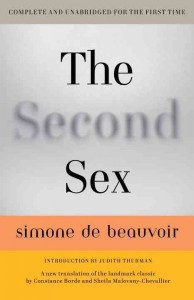 “Simone de Beauvoir’s masterwork is a powerful analysis of the Western notion of “woman,” and a groundbreaking exploration of inequality and otherness.  This long-awaited new edition reinstates significant portions of the original French text that were cut in the first English translation. Vital and groundbreaking, Beauvoir’s pioneering and impressive text remains as pertinent today as it was sixty years ago, and will continue to provoke and inspire generations of men and women to come.” 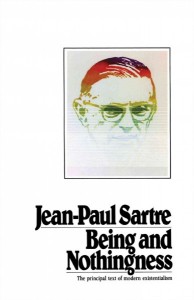 Jean-Paul Sartre. Being and Nothingness. 1992.

“Being & Nothingness is without doubt one of the most significant philosophical books of the 20th century. The central work by one of the century’s most influential thinkers, it altered the course of western philosophy. Its revolutionary approach challenged all previous assumptions about the individual’s relationship with the world. Known as ‘the Bible of existentialism’, its impact on culture & literature was immediate & was felt worldwide, from the absurdist drama of Samuel Beckett to the soul-searching cries of the Beat poets.

Being & Nothingness is one of those rare books whose influence has affected the mindset of subsequent generations. Seventy years after its 1st publication, its message remains as potent as ever–challenging readers to confront the fundamental dilemmas of human freedom, choice, responsibility & action.” 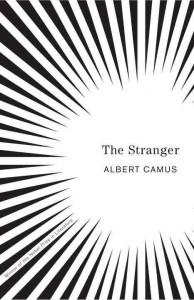 “Through the story of an ordinary man unwittingly drawn into a senseless murder on an Algerian beach, Camus explored what he termed “the nakedness of man faced with the absurd.” First published in English in 1946; now in a new translation by Matthew Ward.”

“Written in 1914, The Trial is one of the most important novels of the twentieth century: the terrifying tale of Josef K., a respectable bank officer who is suddenly and inexplicably arrested and must defend himself against a charge about which he can get no information. Whether read as an existential tale, a parable, or a prophecy of the excesses of modern bureaucracy wedded to the madness of totalitarianism, Kafka’s nightmare has resonated with chilling truth for generations of readers.” 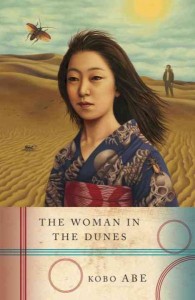 “After missing the last bus home following a day trip to the seashore, an amateur entomologist is offered lodging for the night at the bottom of a vast sand pit. But when he attempts to leave the next morning, he quickly discovers that the locals have other plans. Held captive with seemingly no chance of escape, he is tasked with shoveling back the ever-advancing sand dunes that threaten to destroy the village. His only companion is an odd young woman. Together their fates become intertwined as they work side by side at this Sisyphean task.”

“By 2021, the World War had killed millions, driving entire species into extinction and sending mankind off-planet. Those who remained coveted any living creature, and for people who couldn’t afford one, companies built incredibly realistic simulacrae: horses, birds, cats, sheep … They even built humans. Emigrees to Mars received androids so sophisticated it was impossible to tell them from true men or women. Fearful of the havoc these artificial humans could wreak, the government banned them from Earth. But when androids didn’t want to be identified, they just blended in. Rick Deckard was an officially sanctioned bounty hunter whose job was to find rogue androids, and to retire them. But cornered, androids tended to fight back, with deadly results.”