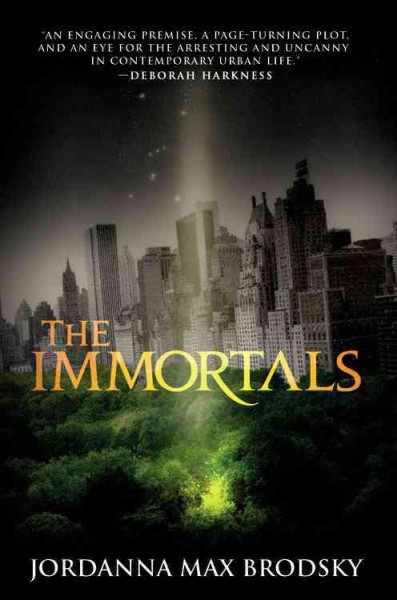 Brodsky’s Immortals is the first book in her Olympus Bound series, a fantasy of Greek gods and goddesses in present day New York City. It’s a great concept. As people gradually stopped believing in the gods of Olympus they started to weaken. Finally, hundreds of years ago, Zeus decided to throw in the towel. The gods and goddesses left Olympus to live among the humans while trying to maintain their fading powers any way they can.

Enter Selene DiSilva aka Artemis. She is a tough loner who works as a private investigator/vigilante. Her specialty is punishing men who abuse women. At night she likes to take her dog Hippo (short for Hippolyta) and her (very secret) golden bow and go hunting for geese in the parks of New York City. On one of these jaunts she discovers the mangled body of a woman and is off to avenge her. In the process she teams up with an eccentric classicist and uncovers something that could shake the worlds of all the ex-gods to their very foundations.

There were three things I really loved about this book. The first was seeing all the gods and goddesses of Olympus re-imagined as New Yorkers. Paul/Apollo, Selene’s twin brother, is a rock star. Leto, their mother, is a midwife (Leto was a Titan closely associated with birth). Seeing how they’ve adapted their original traits to the modern world is fascinating. Along with this is how each of them deals with the gradual loss of their power. The power of the gods is tied to people’s belief in them and the things they represent. Being the goddess of hunting, not that popular anymore, Artemis has lost a lot of the power she originally had. Hades, god of death and money, is doing just fine though. However, over time all the Athanatoi (Immortals) will fade and die. The idea of having power and gradually losing it is a major theme running through the story and one that most can identify with.

The second is New York itself. Brodsky take her readers on a tour of all kinds of secret nooks and crannies in the city. Abandoned subway stations, lost caves and much more. And because Selene came to Manhattan Island with the Dutch in the 1600s you get to see New York through her memories spanning centuries. 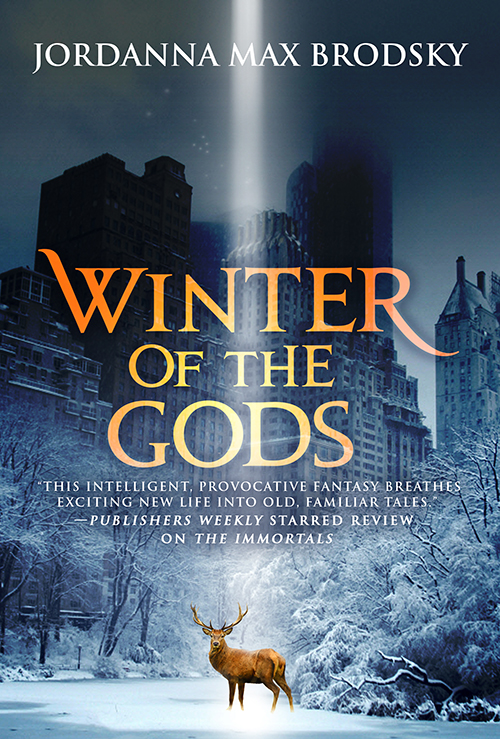