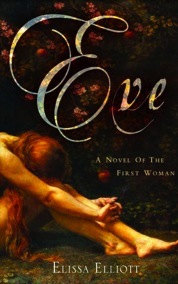 It is a well known story that Eve convinced Adam to eat the fruit of the Tree of Knowledge of Good and Evil and was therefore expelled from Eden. In a chorus of voices, including Eve and her three daughters, we learn the details of how Eve was tempted to eat the fruit, why she questioned God and how she and Adam survived once they left the Garden. This story was fascinating and beautifully detailed.  She conjures an Eve that is so real and so human. In my mind eye,  Eve’s story stopped after she was expelled from the garden. In this version, we get into the mind of the first woman. She is nothing but enigmatic. At times strong, willful, compassionate and always questioning, Eve is a character worth a story of her own. Eve’s daughters are equally compelling. There is Naava the rebelious oldest daughter who can’t wait to leave her family, but is more like Eve than she would dare to admit. Aya who was born with a bad foot, but is the family’s healer. She is the wisest and most devote, but when she takes action, she starts a chain of events she could never predict. Finally, Dara has been sent to care for the children of the people in the city. Because she is so young, she quickly assimilates into that culture.   Elissa Eliott weaves such a wonderful tale of faith,  survival and motherhood that it would be a fantastic story even without the weight of the main character being Eve.