Sadly, I have to wait however long — and however long will be too long, I assure you  — for series three of Grantchester, starring James Norton and Robson Green. (Withdrawal pangs struck not even a minute after the last scene of series two was consumed by credits. So, absolutely: another second without new views of Sidney & Co. is tooooo long.) The series is roughly based on the books by James Runcie, and all you need to know is that the friendships, the mutual affection and trust, the heartbreak and angst, all of that and so much more will punch you in the gut repeatedly throughout each episode (especially in series two; goodness gracious, that series is a heavy-weight prize fighter, one who doesn’t give a snot about a knockout, or the bell, or his opponent’s half-choked requests to be shown mercy) (I mean that in a good way, of course). While these suggestions won’t fill the gaping hole Sidney’s and Geordie’s and Dickens‘ absence created, they might help (if only slightly). But first, a trailer. 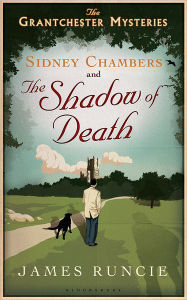 James Runcie. Sidney Chambers and the Shadow of Death. 2012.

“It is 1953, the coronation year of Queen Elizabeth II . Sidney Chambers, vicar of Grantchester and honorary canon of Ely Cathedral, is a thirty-two-year-old bachelor. Tall, with dark brown hair, eyes the color of hazelnuts, and a reassuringly gentle manner, Sidney is an unconventional clerical detective. He can go where the police cannot.

Together with his roguish friend, inspector Geordie Keating, Sidney inquires into the suspect suicide of a Cambridge solicitor, a scandalous jewelry theft at a New Year’s Eve dinner party, the unexplained death of a jazz promoter’s daughter, and a shocking art forgery that puts a close friend in danger. Sidney discovers that being a detective, like being a clergyman, means that you are never off duty, but he nonetheless manages to find time for a keen interest in cricket, warm beer, and hot jazz―as well as a curious fondness for a German widow three years his junior.” 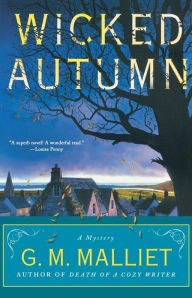 “Having spent almost three years in the idyllic village of Nether Monkslip, Max Tudor is well acclimated to his post as vicar at the church of St. Edwold’s. This quaint town seems to be the perfect new home for Max, who has fled a harrowing past serving in the British counter-intelligence agency, the MI5. Now he has found a measure of peace among urban escapees and yoga practitioners, artists and New Agers. But this serenity is quickly shattered when the highly vocal and unpopular president of the Women’s Institute turns up dead at the Harvest Fayre. The death looks like an accident, but Max’s training as a former agent kicks in, and before long he suspects foul play.

Max has ministered to the community long enough to be familiar with alliances and animosities among the residents, but this tragedy confounds him. It is impossible to believe anyone in his lovely hamlet capable of the crime, and yet given the victim, he must acknowledge that almost everyone in town had probably fantasized about the poor woman’s death. As Max becomes more intricately involved, the investigation stirs up memories he’d rather not revisit; the demons from his past which led him to Nether Monkslip and the reason why he is so heavily invested in keeping it from harm.” 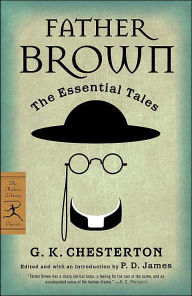 “G. K. Chesterton’s Father Brown may seem a pleasantly doddering Roman Catholic priest, but appearances deceive. With keen observation and an unerring sense of man’s frailties–gained during his years listening to confessions–Father Brown succeeds in bringing even the most elusive criminals to justice.

This definitive collection of fifteen stories, selected by the American Chesterton Society, includes such classics as “The Blue Cross,” “The Secret Garden,” and “The Paradise of Thieves.” As P. D. James writes in her Introduction, “We read the Father Brown stories for a variety pleasures, including their ingenuity, their wit and intelligence, and for the brilliance of the writing. But they provide more. Chesterton was concerned with the greatest of all problems, the vagaries of the human heart.”” 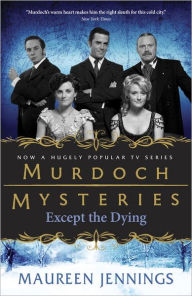 “As the unforgiving cold swirled around the girl’s unclad body, the bleakness of malice reflected in her lifeless eyes.

There was something more sinister than the frigid Canadian weather responsible for Theresa Laporte’s death, and Detective William Murdoch was going to uncover it all. The girl had opium in her system and an unborn child in her belly—with evidence suggesting both may have been forced upon her unwillingly.

Retracing the frightened girl’s steps takes Murdoch through the high and low streets of Victorian Toronto, bringing him from a den of doxies to the well-appointed parlors of the city’s most influential families. Everyone has secrets lurking in the shadows—and Murdoch is caught between his own conscience and pressure from above to solve the murder while shielding the city’s elite.” 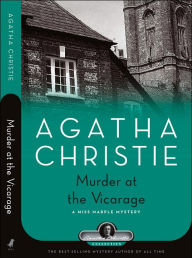 Agatha Christie. Murder at the Vicarage. 2006.

“Murder at the Vicarage marks the debut of Agatha Christie’s unflappable and much beloved female detective, Miss Jane Marple. With her gift for sniffing out the malevolent side of human nature, Miss Marple is led on her first case to a crime scene at the local vicarage. Colonel Protheroe, the magistrate whom everyone in town hates, has been shot through the head. No one heard the shot. There are no leads. Yet, everyone surrounding the vicarage seems to have a reason to want the Colonel dead. It is a race against the clock as Miss Marple sets out on the twisted trail of the mysterious killer without so much as a bit of help from the local police.” 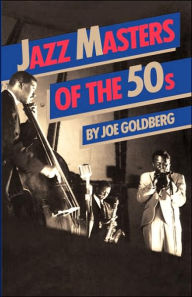 “The fifties, though a quiescent period in many ways, was one of the most fervent decades in jazz history. The landmarks of modern jazz were firmly planted and, it could be argued, nearly all directions the music has taken since then can be charted back to recordings, groups, or individuals from this era. In this series of profiles, Joe Goldberg examines the lives and the music, the crucial events and dominant forces of a decade of great music and conflicting esthetics: Miles Davis’s recording of Kind of Blue; Gerry Mulligan’s pianoless quartet; Cecil Taylor’s percussive keyboard experiments; John Coltrane’s and Sonny Rollins’s marathon saxophone solos; MJQ’s blending of classical structure and jazz improvisation; Ornette Coleman’s Free Jazz. From Mingus to Monk to Blakey, it was an age of giants. Perhaps never before or since in jazz history have so many wildly idiosyncratic jazz innovators been contemporaries. Joe Goldberg was there and what his ears heard has become here a lasting music document.” 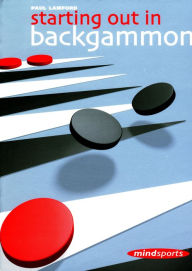 Paul Lamford. Starting Out in Backgammon. 2001.

“Backgammon is the ultimate race game and has been enjoyed around the world for over five thousand years. Although the play is highly skilful, the fact that the moves rely on the fall of the dice introduces a large element of luck. In the long run the better player will always win, but the beauty of the game is that even a novice can win the odd game against a world champion.

In this user-friendly introduction to the game, ex-British champion Paul Lamford provides newcomers to the game with a thorough grounding in the essentials of play.

* Learn Backgammon from scratch or brush up on the basics
* Numerous hints and tips make the important advice easy to remember.
* An ideal first Backgammon book for players of all ages” 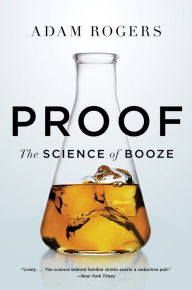 “Humans have been perfecting alcohol production for ten thousand years, but scientists are just starting to distill the chemical reactions behind the perfect buzz. In a spirited tour across continents and cultures, Adam Rogers takes us from bourbon country to the world’s top gene-sequencing labs, introducing us to the bars, barflies, and evolving science at the heart of boozy technology. He chases the physics, biology, chemistry, and metallurgy that produce alcohol, and the psychology and neurobiology that make us want it. If you’ve ever wondered how your drink arrived in your glass, or what it will do to you, Proof makes an unparalleled drinking companion.” 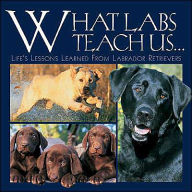 “If you’ve ever lived with a Labrador retriever, you know they have lessons to teach. Labs are America’s number one pet for a reason: they have an admirable, innate understanding of the joys and simplicities of life that makes everyone around them happier. By emulating the lessons served up every day by these generous animals, we can all learn to smile more, relax better, love with less inhibition, and appreciate with more conviction and understanding the gift of being alive. Delightful full-color images are paired with over 100 insightful Labrador lessons.”