The Salem Witchcraft trials resulted in the execution of 20 persons, the last 8 occurring on September 22. The remaining individuals being held awaiting execution were pardoned in January 1693. 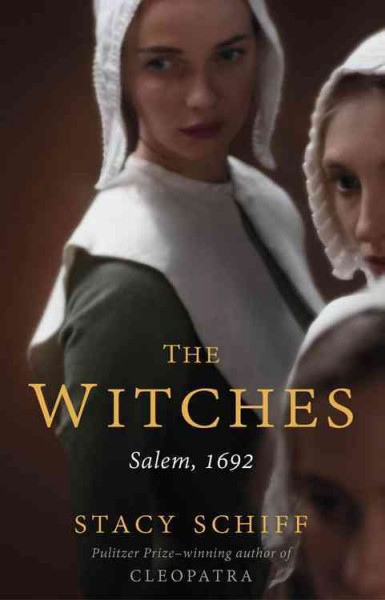 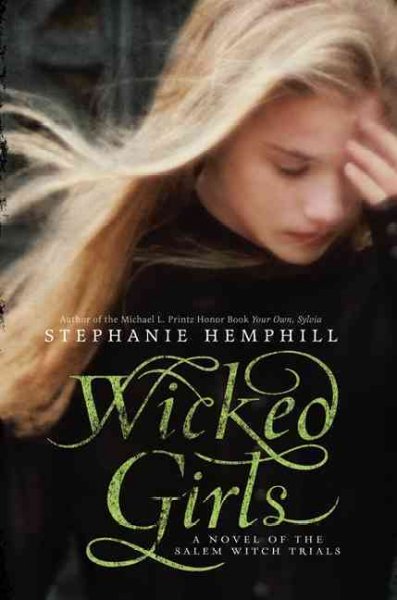 The Pulitzer Prize-winning author of Cleopatra, the #1 national bestseller, unpacks the mystery of the Salem Witch Trials.As psychologically thrilling as it is historically seminal, The Witches is Stacy Schiff’s account of this fantastical story-the first great American mystery unveiled fully for the first time by one of our most acclaimed historians. [GoodReads]

Wicked Girls: A Novel of the Salem Witch Trials by Stephanie Hemphill

A fictionalized account, told in verse, of the Salem witch trials, told from the perspective of three young women living in Salem in 1692– Mercy Lewis, Margaret Walcott, and Ann Putnam, Jr. [GoodReads]

Nathan Hale was a member of the Connecticut militia during the American Revolution. He volunteered to go behind enemy lines in New York City and spy on the British. He was ferried across to Manhattan Island in early September and was arrested by the British a week or so later. He was questioned, incriminating evidence was found on him and he was sentenced to hang. Supposedly his last words were “I regret that I have one life to give for my country.” 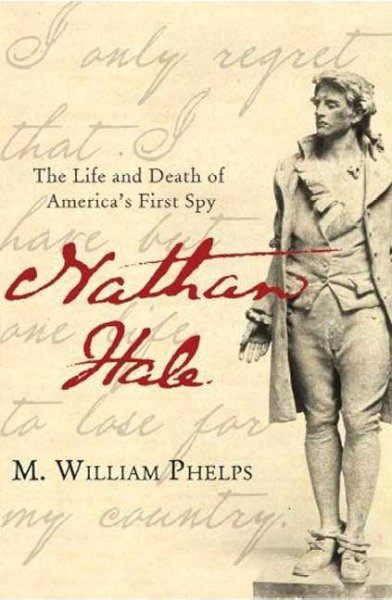 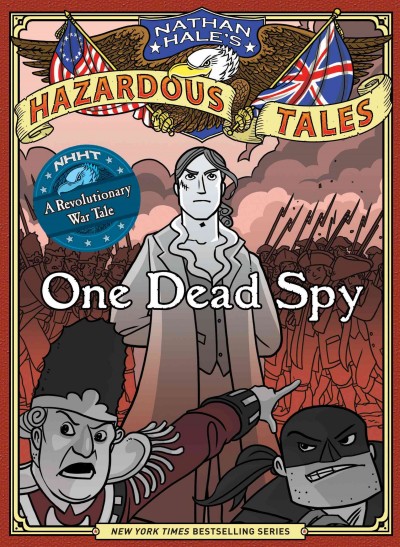 M. William Phelps charts the life of this famed patriot and Connecticut’s state hero, following Hale’s rural childhood, his education at Yale, and his work as a schoolteacher. Even in his brief career, he distinguished himself by offering formal lessons to young women. Like many young Americans, he was soon drawn into the colonies’ war for independence and became a captain in Washington’s army. When the general was in need of a spy, Hale willingly rose to the challenge, bravely sacrificing his life for the sake of American liberty. [GoodReads]

One Dead Spy: The Life, Times, and Last Words of Nathan Hale, America’s Most Famous Spy by Nathan Hale

Nathan Hale, the author’s historical namesake, was America’s first spy, a Revolutionary War hero who famously said “I only regret that I have but one life to lose for my country” before being hanged by the British. In the Nathan Hale’s Hazardous Tales series, author Nathan Hale channels his namesake to present history’s roughest, toughest, and craziest stories in the graphic novel format. One Dead Spy tackles the story of Hale himself, who was an officer and spy for the American rebels during the Revolutionary War. Author Hale highlights the unusual, gruesome, and just plain unbelievable truth of historical Nathan Hale—from his early unlucky days at Yale to his later unlucky days as an officer—and America during the Revolutionary War. [GoodReads]

1862 A Preliminary Copy of the Emancipation Proclamation Released

The drafting of the Emancipation Proclamation had been in process since early 1862 but Lincoln wanted a Union victory before he released it. Six days after the Battle of Antietam, Abraham Lincoln released the preliminary proclamation using his war power authority. It freed slaves only in states in rebellion against the United States. Slaves in boarder states that stayed in the Union or Tennessee which has been mostly taken over by the Union were not freed. 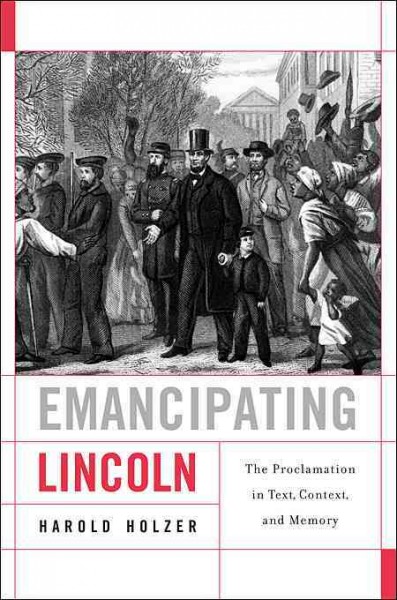 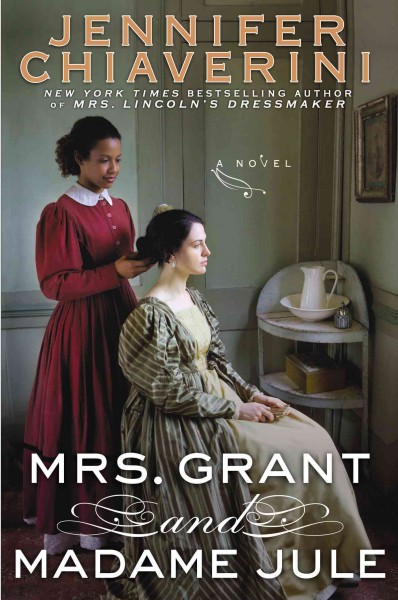 Emancipating Lincoln: The Proclamation in Text, Context, and Memory by Harold Holzer

Harold Holzer, an award-winning Lincoln scholar, invites us to examine the impact of Lincoln s momentous announcement at the moment of its creation, and then as its meaning has changed over time. Using neglected original sources, Holzer uncovers Lincoln s very modern manipulation of the media from his promulgation of disinformation to the ways he variously withheld, leaked, and promoted the Proclamation in order to make his society-altering announcement palatable to America. Examining his agonizing revisions, we learn why a peerless prose writer executed what he regarded as his greatest act in leaden language. Turning from word to image, we see the complex responses in American sculpture, painting, and illustration across the past century and a half, as artists sought to criticize, lionize, and profit from Lincoln s endeavor. [GoodReads]

Mrs. Grant and Madame Jule: A Novel by Jennifer Chiaverini

The New York Times bestselling author of Mrs. Lincoln’s Dressmaker and Mrs. Lincoln’s Rival imagines the inner life of Julia Grant, beloved as a Civil War general’s wife and the First Lady, yet who grappled with a profound and complex relationship with the slave who was her namesake—until she forged a proud identity of her own. In 1844, Missouri belle Julia Dent met dazzling horseman Lieutenant Ulysses S Grant. Four years passed before their parents permitted them to wed, and the groom’s abolitionist family refused to attend the ceremony. Since childhood, Julia owned as a slave another Julia, known as Jule. Jule guarded her mistress’s closely held twin secrets: She had perilously poor vision but was gifted with prophetic sight. So it was that Jule became Julia’s eyes to the world. And what a world it was, marked by gathering clouds of war. The Grants vowed never to be separated, but as Ulysses rose through the ranks—becoming general in chief of the Union Army—so did the stakes of their pact. During the war, Julia would travel, often in the company of Jule and the four Grant children, facing unreliable transportation and certain danger to be at her husband’s side. Yet Julia and Jule saw two different wars. While Julia spoke out for women—Union and Confederate—she continued to hold Jule as a slave behind Union lines. Upon the signing of the Emancipation Proclamation, Jule claimed her freedom and rose to prominence as a businesswoman in her own right, taking the honorary title Madame. The two women’s paths continued to cross throughout the Grants’ White House years in Washington, DC, and later in New York City, the site of Grant’s Tomb. [GoodReads]

The Dead Sea Scrolls were discovered from 1946 to 1956 in 11 caves in the Wadi Qumran near the Dead Sea. Written in Hebrew, Greek and Aramaic the scrolls date from approximately 135 BCE to 75 CE and consisted mostly of biblical texts. Controversially for many years access to the scrolls was limited to a small group of scholars. In 1991, however, the Huntington Museum released a copy of all the scrolls to the general public. 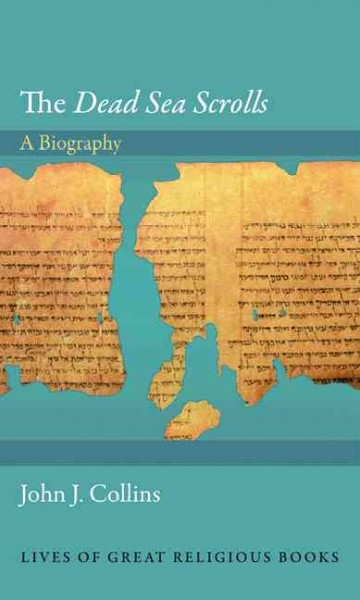 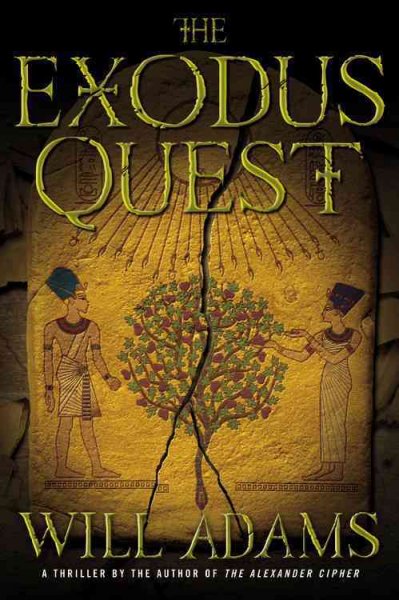 The Dead Sea Scrolls: A Biography by John J. Collins

Since they were first discovered in the caves at Qumran in 1947, the Dead Sea Scrolls have aroused more fascination–and more controversy–than perhaps any other archaeological find. They appear to have been hidden in the Judean desert by the Essenes, a Jewish sect that existed around the time of Jesus, and they continue to inspire veneration and conspiracy theories to this day. John Collins tells the story of the bitter conflicts that have swirled around the scrolls since their startling discovery, and sheds light on their true significance for Jewish and Christian history. Collins vividly recounts how a Bedouin shepherd went searching for a lost goat and found the scrolls instead. He offers insight into debates over whether the Essenes were an authentic Jewish sect and explains why such questions are critical to our understanding of ancient Judaism and to Jewish identity. Collins explores whether the scrolls were indeed the property of an isolated, quasi-monastic community living at Qumran, or whether they more broadly reflect the Judaism of their time. And he unravels the impassioned disputes surrounding the scrolls and Christianity. Do they anticipate the early church? Do they undermine the credibility of the Christian faith? Collins also looks at attempts to “reclaim” the scrolls for Judaism after the full corpus became available in the 1990s, and at how the decades-long delay in publishing the scrolls gave rise to sensational claims and conspiracy theories. [GoodReads]

The Exodus Quest by Will Adams.

On the trail of the lost Dead Sea Scrolls, archaeologist Daniel Knox stumbles upon a theft in progress at an ancient temple near Alexandria. Then a senior Egyptian archaeologist is violently killed, and the finger of suspicion points at Knox himself. To add to his mounting worries, his partner Gaille Bonnard is kidnapped while showing a television crew around the ruins of Amarna. She manages to smuggle out a message, pleading with Knox to rescue her, but he’s locked in a police cell on suspicion of murder hundreds of miles away. His only hope of clearing his name and saving Gaille is to crack one of the greatest unsolved mysteries of the ancient world…before it’s too late. [GoodReads]