The Abbasid revolution over threw the Umayyad Caliphate and establised the Abbasid Caliphate which lasted until 1517. Although extremly compllicated one of the reasons for the overthrow of the Umayyads is that they were largely an Arab ruling class ruling over a majority non-Arab empire. Non-Arabs were treated as second class citizens and this fuled the wide spread resentment. The Umayyads based their capital in Damascus but the Abbasid’s created the city of Bagdad on the Euphrates as their capital. 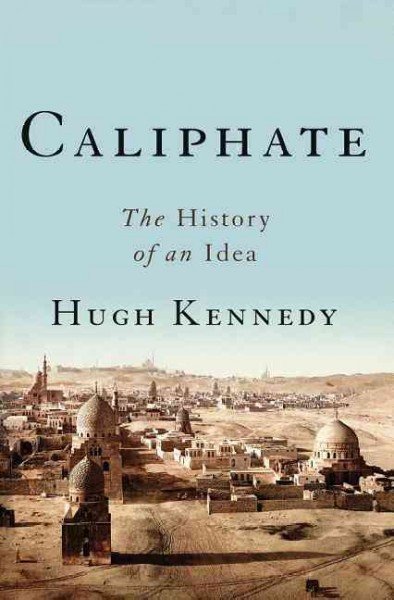 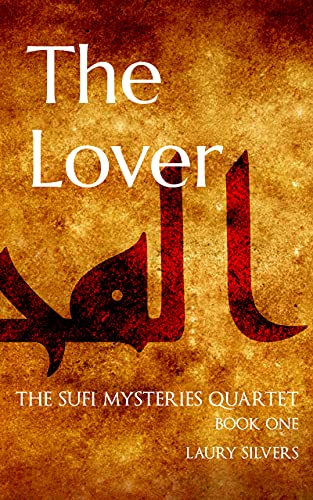 Caliphate: The History of an Idea by Hugh Kennedy

In Caliphate, Islamic historian Hugh Kennedy dissects the idea of the caliphate and its history, and explores how it became used and abused today. Contrary to popular belief, there is no one enduring definition of a caliph; rather, the idea of the caliph has been the subject of constant debate and transformation over time. Kennedy offers a grand history of the caliphate since the beginning of Islam to its modern incarnations. Originating in the tumultuous years following the death of the Mohammad in 632, the caliphate, a politico-religious system, flourished in the great days of the Umayyads of Damascus and the Abbasids of Baghdad. From the seventh-century Orthodox caliphs to the nineteenth-century Ottomans, Kennedy explores the tolerant rule of Umar, recounts the traumatic murder of the caliph Uthman, dubbed a tyrant by many, and revels in the flourishing arts of the golden eras of Abbasid Baghdad and Moorish Andalucía. Kennedy also examines the modern fate of the caliphate, unraveling the British political schemes to spur dissent against the Ottomans and the ominous efforts of Islamists, including ISIS, to reinvent the history of the caliphate for their own malevolent political ends. GoodReads

The Lover: A Sufi Mystery by Laury Silvers

Zaytuna just wants to be left alone to her ascetic practices and nurse her dark view of the world. But when an impoverished servant girl she barely knows comes and begs her to bring some justice to the death of a local boy, she is forced to face the suffering of the most vulnerable in Baghdad and the emotional and mystical legacy of her mother, a famed ecstatic whose love for God eclipsed everything. The Lover is a historically sensitive mystery that introduces us to the world of medieval Baghdad and the lives of the great Sufi mystics, washerwomen, Hadith scholars, tavern owners, slaves, corpsewashers, police, and children indentured to serve in the homes of the wealthy. It asks what it means to have family when you have nearly no one left, what it takes to love and be loved by those who have stuck by you, and how one can come to love God and everything He’s done to you. GoodReads

Thomas Cranmer was a leader in the English protestant reformation. Most notably he served as Archbishop of Canterbury under Henry VIII and along with Thomas Cromwell was critical in Henry’s divorce of Catherine of Aragon and marriage to Anne Boleyn. When Mary I, a Catholic, became queen, he was arrested, declared a heretic and eventually executed. 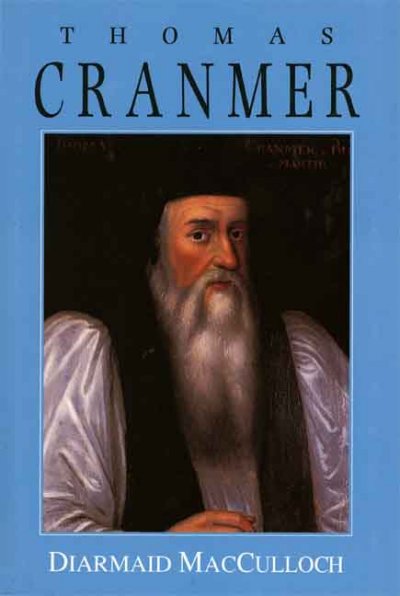 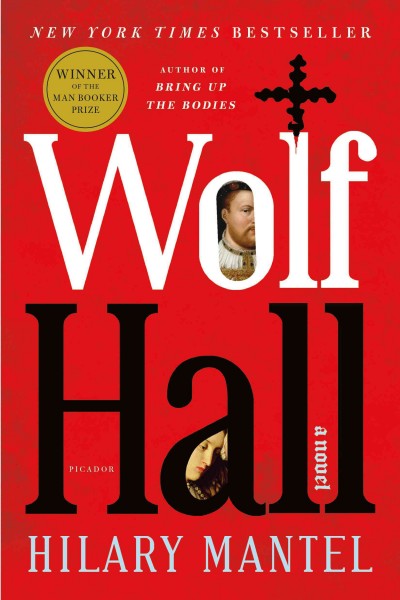 Thomas Cranmer was the architect of the Anglican Book of Common Prayer. He was the Archbishop who guided England through the early Reformation, and Henry VIII through the minefields of divorce. Diarmaid MacCulloch traces Cranmer from his East-Midland roots to early Tudor Cambridge, into the household of the family of Anne Boleyn, and through the political labyrinth of the Henrican court. By then a major English statesman, living the life of a mediaeval prince-bishop, Cranmer navigated the church through the king’s vacillations and finalized two successive English Prayer Books. GoodReads

England in the 1520s is a heartbeat from disaster. If the king dies without a male heir, the country could be destroyed by civil war. Henry VIII wants to annul his marriage of twenty years and marry Anne Boleyn. The pope and most of Europe opposes him. Into this impasse steps Thomas Cromwell: a wholly original man, a charmer and a bully, both idealist and opportunist, astute in reading people, and implacable in his ambition. But Henry is volatile: one day tender, one day murderous. Cromwell helps him break the opposition, but what will be the price of his triumph? GoodReads

One of early naval battles of the French Revolutionary Wars. Fought between the Royal Navy under Admiral John Jervis and the Spanish navy under Admiral Don José de Córdoba y Ramos off Cape Saint Vincent in Portugal. It was a resounding victory for the British and resulted in Jervis being created 1st Earl of St Vincent. 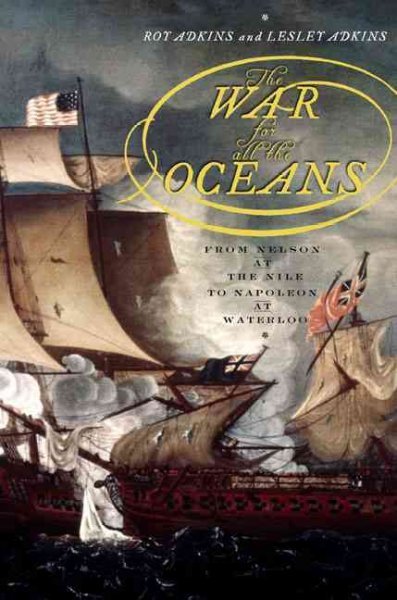 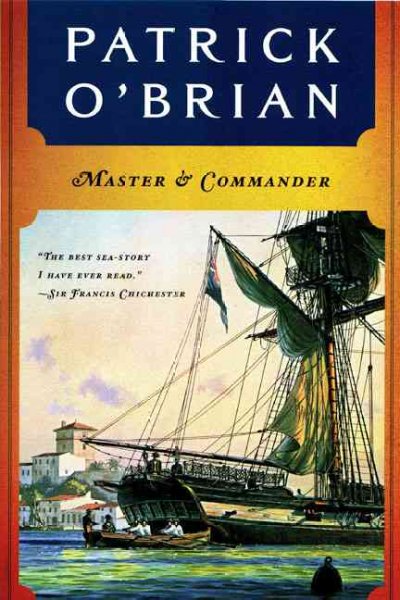 The War for All the Oceans: From Nelson at the Nile to Napoleon at Waterloo by Roy Adkins and Lesley Adkins

Roy Adkins (with his wife Lesley) returns to the Napoleonic War in The War for All the Oceans, a gripping account of the naval struggle that lasted from 1798 to 1815, a period marked at the beginning by Napoleon’s seizing power and at the end by the War of 1812. In this vivid and visceral account, Adkins draws on eyewitness records to portray not only the battles but also the details of a sailor’s life, shipwrecks, press-gangs, prostitutes, spies, and prisoners of war. GoodReads

Master and Commander by Patrick O’Brian

As the Royal Navy takes part in the wars against Napoleonic France, young Jack Aubrey receives his first command, the small, old, and slow HMS Sophie. Accompanied by his eccentric new friend, the physician and naturalist Stephen Maturin, Aubrey does battle with the naval hierarchy, with his own tendency to make social blunders, and with the challenges of forging an effective crew — before ultimately taking on enemy ships in a vivid, intricately detailed series of sea battles. GoodReads

Seven members of the Bugs Moran North Side Gang were murdered by unidentified assalents at a garage on North Clark Street in Chicago. At least two of the assalents were wearing Chicago police uniforms. The Seven were lead outside the garage, put up against a wall and gunned down. No one was ever conclusively identifed as the murderers but the event lead to a gang war between Irish gangsters and Italian gangsters under Al Capone. 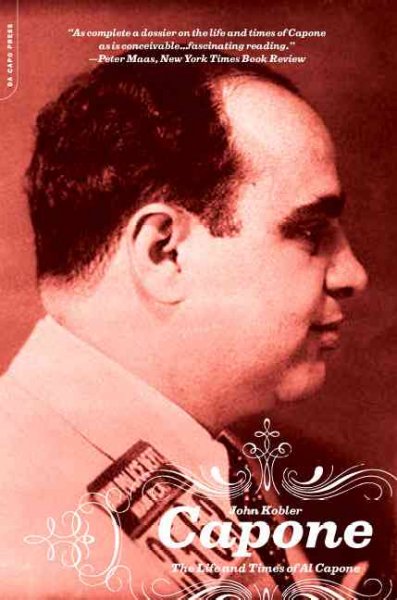 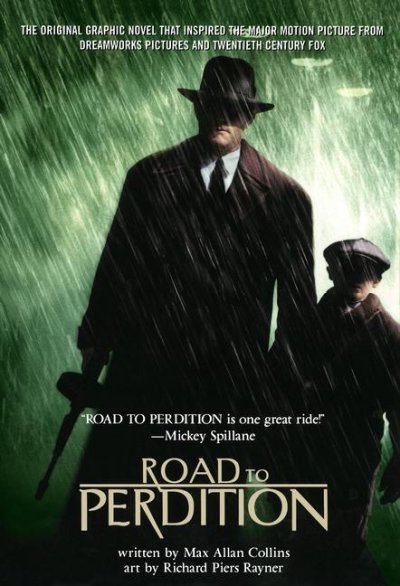 Capone: The Life and World of Al Capone  by John Kobler.

The public called him Scarface; the FBI called him Public Enemy Number One; his associates called him Snorky. But Capone is the name most remember. And John Kobler’s Capone is the definitive biography of this most brutal and flamboyant of the underground kings—an intimate and dramatic book that presents a complete view of Al Capone and his gaudy era. Here is Capone’s story: his violent childhood in Brooklyn, his lieutenancy to Johnny Torrio, his rise in the ranks of the underworld, the notorious St. Valentine Massacre, his eventual control of the entire city of Chicago, and his decline during his imprisonment in Alcatraz. Capone was the ultimate gangster, and Capone is the ultimate in gangster biographies—a classic in the literature of crime. GoodReads

The basis for the major motion picture, ROAD TO PERDITION is an enthralling crime noir story of revenge, morality and family loyalty. Michael O’Sullivan is a deeply religious family man who works as an Irish mob family’s chief enforcer. But after his elder son witnesses one of his father’s hits, the godfather orders the death of O’Sullivan’s entire family. Barely surviving an encounter that takes his wife and younger son, O’Sullivan and his remaining child embark on a dark and violent mission of retribution against his former boss. Featuring accurate portrayals of Al Capone, Frank Nitti and Eliot Ness, this book offers a poignant look at the relationship between a morally-conflicted father and his adolescent son who both fears and worships him. GoodReads