After the suicide of Nero in 68 Rome was plunged into what was called The Year of the Four Emperors. Emperors Galba, Otho and Vitellius  rose and fell in rapid succession. Shortly after the rise of Vitellius, the Roman legions in Africa and the Middle East rose up and declared a low born but successful general, Vespasian, Emperor. Vespasian invaded Italy and eventually over threw and killed Vitellius. On this day he was officially recognized as Emperor by the Senate. 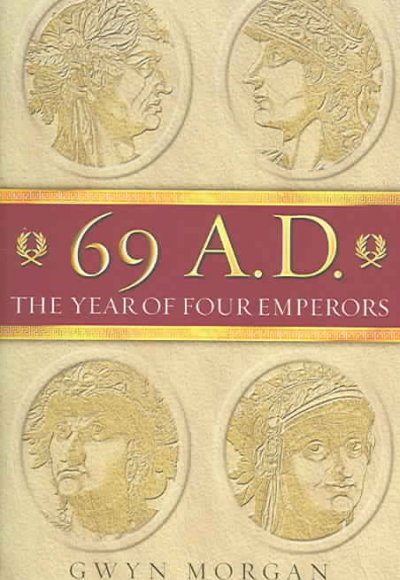 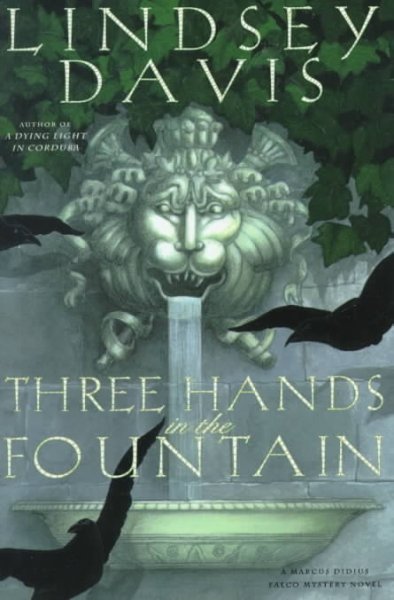 69 A.D.: the year of four emperors by Gwyn Morgan

69 AD The Year of Four Emperors was one of the most chaotic, violent and frightening periods in all Roman history. It was a time of assassinations and civil wars. Offering a look at 69AD, this book features a narrative history with portraits of the leading participants and insights into the nature of the Roman military [GoodReads]

Three Hands in the Fountain by Lindsey Davis

In vino, veritas. But in the water supply of Rome, horroras Marcus Didius Falco is about to find out. Sharing an ewer of Spanish red with his old friend and new partner Petronius Longus, Falco is on the spot when a man cleaning the local fountain makes a gruesome discovery: a human hand. Small and evidently female, the hand suggests its owner met a terrifying fate. Naturally, Falco and Petro, formerly of the Vigiles, want to seize on it as their first big case. The officials of Rome, however, prefer to hush up the incident, since a population that riots at the drop of a toga might run wild if body parts are polluting their drinking water. [GoodReads]

1620 Religious Separatists from the Mayflower Land at Plymouth

The Mayflower, with its mixed group of Congregationalist separatists under William Bradford (today known as Pilgrims) and non-separatists (known as “strangers”), arrived off of Cape Cod on November 9 after a two month Atlantic crossing. After exploring several settlement sites they finally decide on the spot known to day as Plymouth. 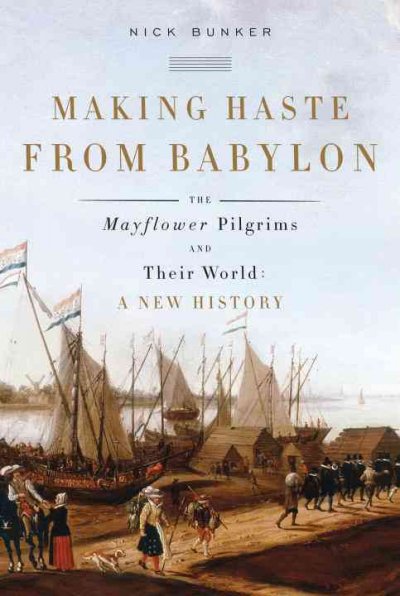 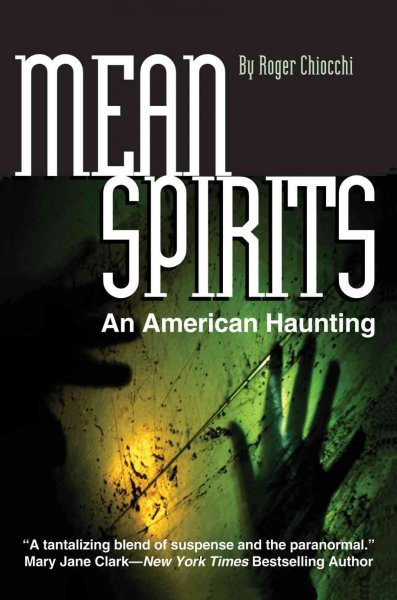 At the end of 1618, a blazing green star soared across the night sky over the northern hemisphere. From the Philippines to the Arctic, the comet became a sensation and a symbol, a warning of doom or a promise of salvation. Two years later, as the Pilgrims prepared to sail across the Atlantic on board the Mayflower, the atmosphere remained charged with fear and expectation. Men and women readied themselves for war, pestilence, or divine retribution. Against this background, and amid deep economic depression, the Pilgrims conceived their enterprise of exile. The Pilgrims were entrepreneurs as well as evangelicals, political radicals as well as Christian idealists. Making Haste from Babylon tells their story in unrivaled depth, from their roots in religious conflict and village strife at home to their final creation of a permanent foothold in America. [GoodReads]

The year is 1620. As the Mayflower tacks about to avoid the dangerous shoals of Pollock Rip off the Cape Cod coast, a young girl mysteriously jumps to her death. Almost four centuries later the psychic imprints of that incident—and a string of related incidents—begin to wreak havoc in the lives of two prominent Americans. A corporate executive sailing in Nantucket Sound is unexpectedly barraged by a violent storm at sea—which no other vessel even detects on radar. A highly respected college professor swears he can see the outline of two large figures hovering over the foot of his bed, one brandishing a knife. Both men have two things in common: They are scions of the privileged Pennfield clan—one of America’s great families, claiming an unbroken line back to the Mayflower. And, unbeknownst to them, their strange bouts with the paranormal have just begun. [GoodReads]

Goldman was a Jewish Russian immigrant to the United States in the 1880s. She was drawn to anarchism after the Haymarket Bombing in Chicago. She helped plan the attempted assassination of industrialist Henry Clay Frick by Alexander Berkman in 1892. Over the years that followed she would be arrested on multiple occasions for her work with labor unions and on the issue of birth control. In 1917 she was jailed for her opposition to the draft the US had instituted on our entry into World War I. After her release in 1919 she was deported along with others from the radical left to the newly founded USSR on the troop transport Buford, nicknamed the “Soviet Ark.” She would later become disillusioned with with the Soviet system and become a figure in the far left opposition to the USSR. 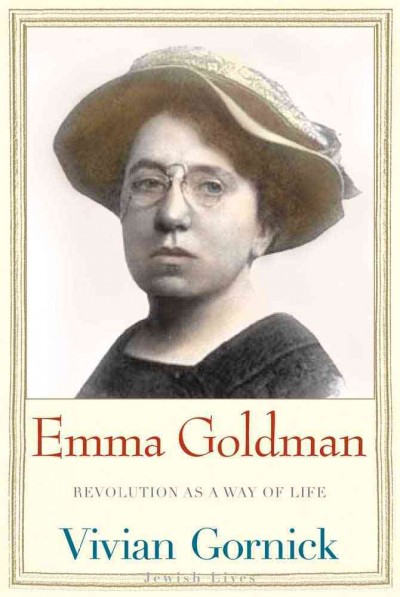 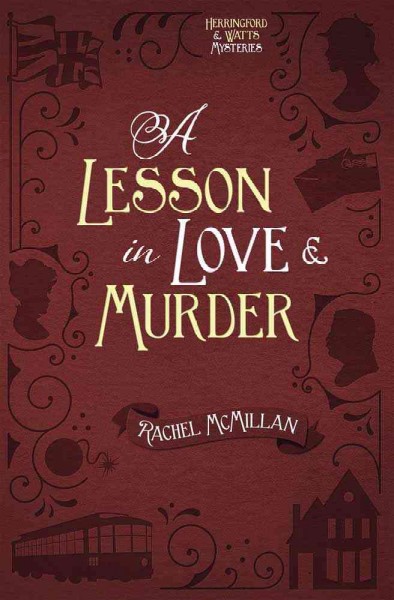 Emma Goldman: Revolution as a Way of Life by Vivian Gornick

Emma Goldman is the story of a modern radical who took seriously the idea that inner liberation is the first business of social revolution. Her politics, from beginning to end, was based on resistance to that which thwarted the free development of the inner self. The right to stay alive in one’s senses, to enjoy freedom of thought and speech, to reject the arbitrary use of power—these were key demands in the many public protest movements she helped mount. [GoodReads]

A Lesson in Love and Murder by Rachel McMillan

The legacy of literary icon Sherlock Holmes is alive and well in 1912 Canada, where best friends Merinda Herringford and Jem Watts continue to develop their skills as consulting detectives. The city of Toronto has been thrown into upheaval by the arrival of radical anarchist Emma Goldman. Amid this political chaos, Benny Citrone of the Royal North-West Mounted Police arrives at Merinda and Jem’s flat, requesting assistance in locating his runaway cousin—a man with a deadly talent. [GoodReads]

Pan Am Flight 103 was a regularly scheduled flight from Frankfurt to Detroit. Over Scotland a bomb went off killing all the 243 passengers and 16 crew and 11 people on the ground. After a multinational investigation it was found that Libyan nationalists with some level of support from the Libyan government had set the bomb. Abdelbaset al-Megrahi was eventually found guilty of the crime and sentence to life in prison. He was given a compassionate release in 2009 for Prostate Cancer. He died May 20, 2012. 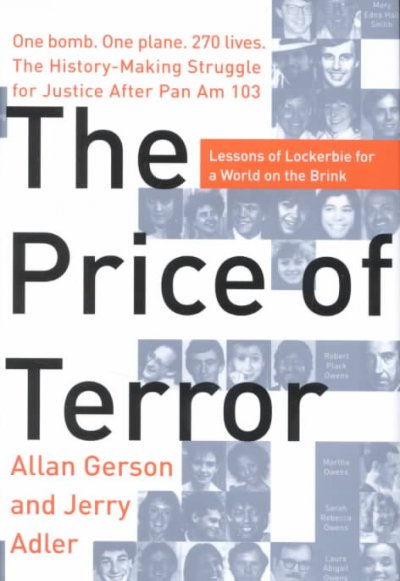 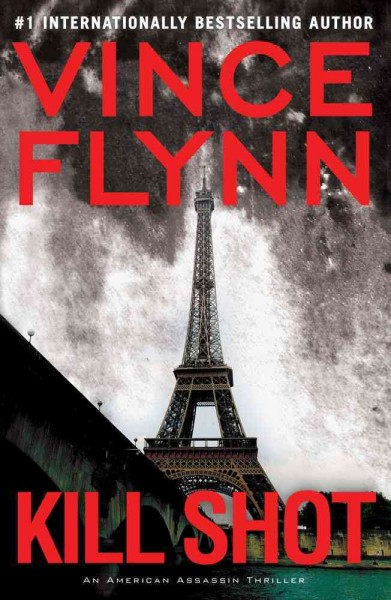 The Price of Terror: One Bomb, One Plane, 270 Lives by Allan Gerson

President Bill Clinton called it “an attack against America,” but after Libyan agents planted a bomb aboard Pan Am Flight 103, killing 259 people in the air and 11 on the ground, America did not strike back. Instead, the grieving relatives of the victims did the unthinkable — as mere civilians-and tried to force Libya to pay for its crime. Lawyers told the families that they could never sue Libya in American courts, and they were right. This would require changing a bedrock principle of international law — a change that every government in the world feared and fought, including the United States itself. [GoodReads]

For months, Mitch Rapp has been steadily working his way through a list of men, bullet by bullet. With each kill, the tangled network of monsters responsible for the slaughter of 270 civilians becomes increasingly clear. He is given his next target: a plump Libyan diplomat who is prone to drink and is currently in Paris without a single bodyguard. [GoodReads]