The Star Wars franchise started in 1977 with the release of Episode IV: A New Hope. Since then there have eight additional movies, with more in the works. There are several excellent animated shows that follow the core films. These cartoons are a great way to introduce younger children to the Star Wars universe, and have a lot to offer older viewers. The sheer amount of material does make it difficult to get into the series, particularly since the movies were not produced in chronological order. This is a quick guide to the feature films, and the animated spinoffs. To make things easier I have divided them into three eras, and listed the films and movies in the order they ought to be seen. These movies and animated shows are available at the Peabody institute of Danvers or through interlibrary loan.

This era consists of the prequel films released between 1999 and 2005. In addition there are two animated series that take place during this time. These movies and cartoons depict the fall of the Old Republic, and the rise of the Galactic Empire. The animated shows are not necessary to understand the plot running through the Star Wars films. They do fill in plot holes from the films, and are quite enjoyable to watch. 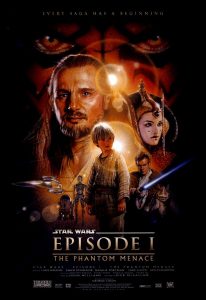 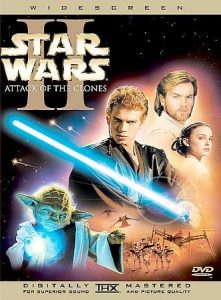 The galaxy at war! The Phantom Menace introduced the Trade Federation and their droid army. Attack of the Clones ramps up the conflict into a galactic civil war. The film continues to follow Anakin Skywalker as he trains under Jedi Master Obi-Wan Kenobi. There is a romance subplot between Anakin and Padmé Amidala, who was introduced in the previous movie. The culmination of Attack of the Clones is a massive battle between the droids of the Separatist movement, the Jedi, and their new allies the clone troopers. 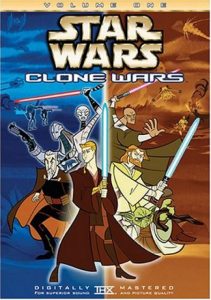 A critically acclaimed animated series produced and directed by Genndy Tartakovsky. Fans of Tartakovsky’s earlier work will notice elements from the Samurai Jack series. Out of all of the animated Star Wars television shows this is my favorite. It introduces characters that would appear in later movies. The ending of Clone Wars syncs up perfectly with the final prequel film Revenge of the Sith, with the attack on Coruscant, and kidnapping of the Republic’s Supreme Chancellor. 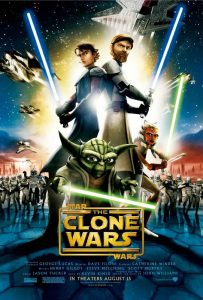 This animated film released in the summer of 2008 could be considered the pilot episode of the series that started a few months later. The name chosen for the 2008 animated film and series is easy to mix up with Tartakovsky’s Clone Wars. A good way to distinguish between these nearly identical series is the animation style. Tartakovsky’s “Clone Wars” is stylized, but still utilizes traditional animation, while the later “The Clones Wars” uses CGI animation. 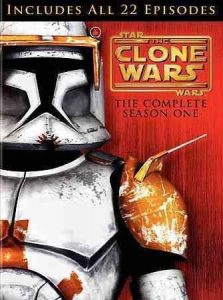 This series lasted several seasons longer than its 2003 predecessor, and contains a wider array of material. The Clone Wars branches out into other aspects of the Galactic Civil War, such as the criminal underworld and bounty hunters who would plague future films. 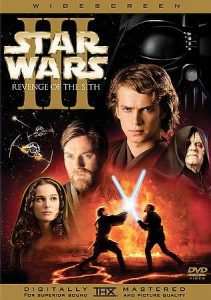 Revenge of the Sith is the darkest and most brutal of the prequels. In it we see the fall of Anakin Skywalker to the Dark Side, the end of the Old Republic, and the extermination of the Jedi order. Some of the scenes are quite graphic and troubling.

The Galactic Empire and Rebellion Era

This is where the Star Wars series originally started. It encompasses the first three films released from 1977 to 1983. In 2016 Disney produced an additional movie: Rogue One, which follows the events leading up to Star Wars, Episode IV: A New Hope. There is also an ongoing animated series that takes place around the same time as Rogue One. 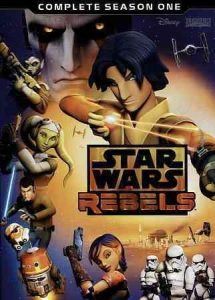 The animation in Star Wars Rebels is done in a style similar to The Clone Wars animated series from 2008. It is essentially a sequel. Many of the characters developed during The Clone Wars cartoon would later show up in Star Wars Rebels. Taking place shortly after Revenge of the Sith, this series follows a small group of rebels. Their struggles against the Empire, and alliances with other rebel cells paints a greater picture of how the Rebel Alliance formed. 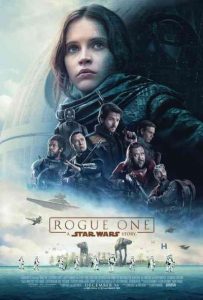 Rogue One is a direct prequel to A New Hope. It ends right where the 1977 movie begins. Back to back, that would be over four hours of Star Wars. Like the animated shows, Rogue One fills in plot holes from the other films. It is one of the darker movies in the Star Wars franchise, eclipsed only by Revenge of the Sith. 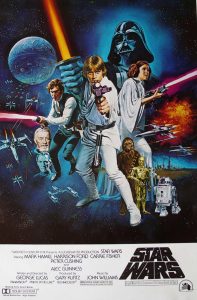 This is the movie that started it all. A science fiction universe drawing inspiration from multiple genres. Lucas had originally wanted to shoot a Flash Gordon film, but was unable to secure the rights. Initially this movie was just titled “Star Wars”, but once it became a commercial success all subsequent releases were renamed Star Wars, Episode IV: A New Hope. 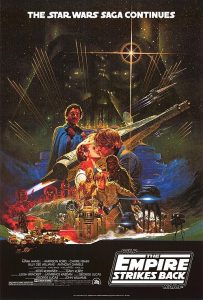 Among fans of the original trilogy this film is often their favorite. From the shattering revelation of Luke’s parentage to the epic battle on the Planet Hoth. The movie lives up to its title, as the hope from Episode IV is nearly crushed. 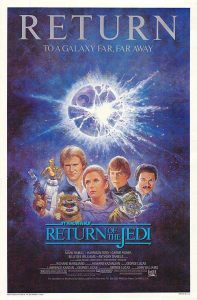 Return of the Jedi combines many of the elements that made the earlier films so successful: epic space battles, good vs evil, princesses, and evil wizards. All in outer space!

Disney has produced one film set in this period with at least three more on the way. The New Republic Era deals with the aftermath following the defeat of the Galactic Empire. Even with the Emperor and Death Star destroyed, there are still Imperial forces scattered throughout the galaxy. 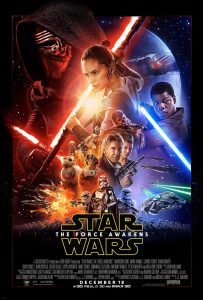 Of all of the recent films, The Force Awakens is closest to the spirit of the original trilogy. The plot is similar to A New Hope, while still maintaining a distinct identity.