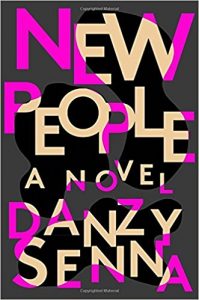 In many respects the world that my generation grew up in has changed for the better. Gone are the days of enforced segregation, slavery, and Jim Crow laws. And while the society we have created is not nearly close to perfect, it is a far cry from the social injustices that people of color have endured in the past. However if we as a people desire to create a world of true equality for our future generations to inhabit, we must be willing to try harder to understand what it means to be a person of color, existing in a world where by and large they are still unequal in the eyes of many.

In Danzy Senna’s newest novel, New People, she tackles the question of what it means to be a person of mixed race. Her main characters, Kahlil and Maria are people who identify with their Black heritage but appear to be lacking the melanin to back that. They describe themselves as the “King and Queen of the Racially Nebulous Prom”; Black people, seen by most as tanned Caucasians. Though Senna shows the reader Maria’s struggle to identify herself in the society of 1990’s New York City, it is not the primary focus of the novel. Senna has the unique gift of educating her readers about racial issues while also providing a darkly humorous plot for her main characters to traverse.

The reader follows Maria through her struggle to end her obsession with a man we come to know only as ‘the poet’; a man who is more culturally in touch with his Black roots than Maria’s fiancé, Kahlil. Senna pairs her comedic nuances with doses of cultural reality, making it not only an enjoyable read, but an informative one as well.

For those looking to broaden their horizons, New People by Danzy Senna is undeniably worth the read.