Everyone loves new books! Here are some new titles in history that will be showing up in the library’s New Books Room over the next couple of months. 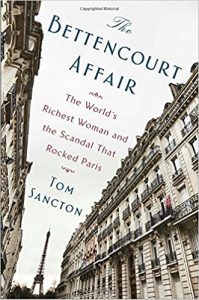 Bettencourt Affair: The World’s Richest Woman and the Scandal that Rocked Paris by Tom Sancton

Liliane Bettencourt is the world s richest woman and the eleventh wealthiest person on the planet, as of 2016. But at ninety-four, she s embroiled in an incredible controversy that has dominated the headlines and ensnared a former president of France in the controversy. Why? Thanks to an artist and photographer named Francois-Marie Banier, who was given hundreds of millions of dollars by Liliane. Liliane s daughter, Francoise, considers Banier a con man and filed a lawsuit against him, but Banier has a far different story to tell. It s all become Europe s biggest scandal in years, uncovering a shadowy corporate history, buried World War II secrets, illicit political payoffs, and much more. 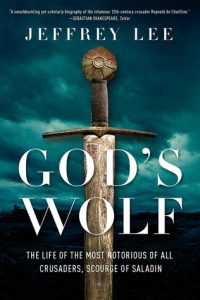 God’s Wolf: The Life of the Most Notorious of all Crusaders, Scourge of Saladin by Jeffrey Lee

In a 2010 terrorist plot, Al-Qaeda hid a bomb in a FedEx shipment addressed to a man who had been dead for 800 years. Born in twelfth-century France and bred for violence, Reynald de Chatillon was a young knight who joined the Second Crusade and rose through the ranks to become the preeminent figure in the crusader Kingdom of Jerusalem, chief foe of the Muslim leader Saladin, and one of the most reviled characters in Islamic history. In the West, Reynald has long been considered a minor player in the crusading saga, and is often dismissed as a bloodthirsty maniac who brought disaster on his fellow crusaders. However, by using contemporary documents and original research, Jeffrey Lee overturns this popular perception and questions other prejudices about the crusades that underlie modern misunderstandings of the Middle East. 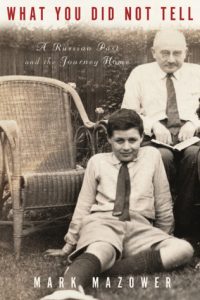 What You Did Not Tell: A Russian Past and the Journey Home
by Mark Mazower

Uncovering his family’s remarkable and moving stories, Mark Mazower recounts the sacrifices and silences that marked a generation and their descendants. It was a family that fate drove into the siege of Stalingrad, the Vilna ghetto, occupied Paris, and even into the ranks of the Wehrmacht. His British father was the lucky one, the son of Russian Jewish emigrants who settled in London after escaping civil war and revolution. Max, the grandfather, had started out as a socialist and manned the barricades against tsarist troops, but never spoke of it. His wife, Frouma, came from a family ravaged by the Great Terror yet somehow making their way in Soviet society.In the centenary of the Russian Revolution, What You Did Not Tell recounts a brand of socialism erased from memory: humanistic, impassioned, and broad-ranging in its sympathies. But it also explores the unexpected happiness that may await history’s losers, the power of friendship, and the love of place that allowed Max and Frouma’s son to call England home. 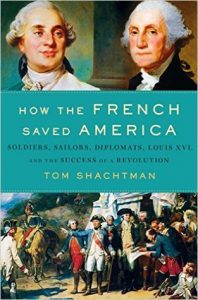 How the French Saved America: Soldiers, Sailors, Diplomats, Louis XVI, and the Success of a Revolution by Tom Shachtman

Americans today have a love/hate relationship with France, but in How the French Saved America Tom Shachtman shows that without France, there might not be a United States of America. To the rebelling colonies, French assistance made the difference between looming defeat and eventual triumph. Even before the Declaration of Independence was issued, King Louis XVI and French foreign minister Vergennes were aiding the rebels. After the Declaration, that assistance broadened to include wages for our troops; guns, cannon, and ammunition; engineering expertise that enabled victories and prevented defeats; diplomatic recognition; safe havens for privateers; battlefield leadership by veteran officers; and the army and fleet that made possible the Franco-American victory at Yorktown. Nearly ten percent of those who fought and died for the American cause were French. This illuminating narrative history vividly captures the outsize characters of our European brothers, their battlefield and diplomatic bonds and clashes with Americans, and the monumental role they played in America’s fight for independence and democracy. 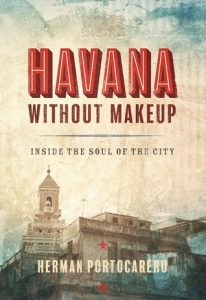 Havana without Makeup: Inside the Soul of the City by Herman Portocarero

Havana without Makeup is the ultimate insider’s view of Havana, a wide-ranging exploration of its complex facets as seen by few. Its aim is to capture the soul of a city and a society that have evolved on their own terms at the moment before they face inevitable transformations. Opening on the eve of the announcement of reconciliation between the U.S. and Cuba, the book then looks back at the cultural, political, economic, and religious influences that led up to this historic moment and beyond. Readers are led by a brilliant renaissance man and writer who has been at the vanguard of the city’s struggles for more than twenty years. Portocarero’s anti-tourist guide to Havana examines the built environment of “the most sensual ruin on the planet”: why are large parts of the city so neglected, and what changes may we see over the coming years? Examining all things Cubania–racial issues, la revolución, baseball, Hemingway, communism, synagogues, Santeria, Cimarron culture, and much more–Portocarero overturns every stone in his endeavor to bring us inside the city he loves. 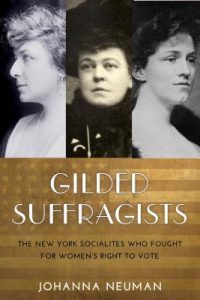 In the early twentieth century over two hundred of New York’s most glamorous socialites joined the suffrage movement. Their names–Astor, Belmont, Rockefeller, Tiffany, Vanderbilt, Whitney and the like–carried enormous public value. These women were the media darlings of their day because of the extravagance of their costume balls and the opulence of the French couture clothes, and they leveraged their social celebrity for political power, turning women’s right to vote into a fashionable cause. Although they were dismissed by critics as bored socialites “trying on suffrage as they might the latest couture designs from Paris,” these gilded suffragists were at the epicenter of the great reforms known collectively as the Progressive Era. From championing education for women, to pursuing careers, and advocating for the end of marriage, these women were engaged with the swirl of change that swept through the streets of New York City. Johanna Neuman restores these women to their rightful place in the story of women’s suffrage. Understanding the need for popular approval for any social change, these socialites used their wealth, power, social connections and style to excite mainstream interest and to diffuse resistance to the cause. In the end, as Neuman says, when change was in the air, these women helped push women’s suffrage over the finish line.