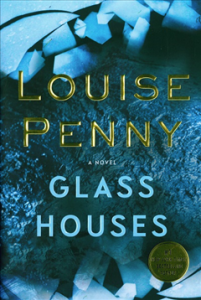 Louise Penny’s latest book, Glass Houses, debuted at #1 on the New York Times bestseller list. If you’re a fan of Inspector Gamache, but are still waiting for your copy, here are some series to try in the meantime. 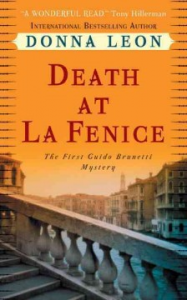 Donna Leon writes the Guido Brunetti mysteries, whose protagonist is a likable Venetian policeman. As Vice-Commissario of the Venice Police, he opposes the blatant corruption around him. Crimes often involve the Mafia and expose involvement at the highest levels of local or national government. Beneath his cynical air, Brunetti is a stalwart defender of justice who will circumvent rules and authorities that do not serve it. Secondary characters (his wife and children) add richness and humor. Complex suspenseful storylines are secondary to characterization, with Venice and its people providing a fascinating backdrop. Start with: Death at La Fenice. 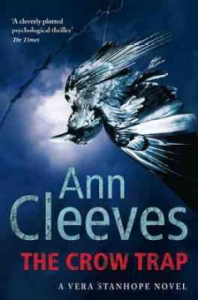 Vera Stanhope novels by Ann Cleeves, who Louise Penny has described as “one of my favorite mystery writers.”

These British police procedurals, set in northeast England, star Detective Inspector Vera Stanhope, who by her own account, is fat, ugly, and drinks too much. Complex and flawed, she’s known for her sharp tongue and abrasive manner among her law enforcement colleagues. This atmospheric, moody series is wildly popular and has been made into an equally popular television show. Start with: The Crow Trap. 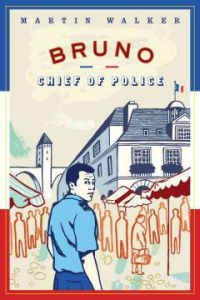 Starring the affable police chief Bruno Courreges — a man with a good heart, a sharp wit, and a large appetite — these mysteries take place in St. Denis, in the scenic Perigord region of France. Containing elements of both cozies and procedurals, the series is anchored by a strong sense of place and made believable through rich detail. Start with: Bruno, Chief of Police. 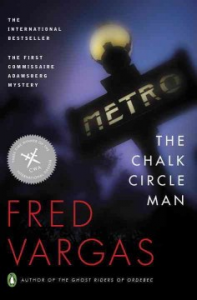 Jean-Baptiste Adamsberg is a police investigator in Paris who has the poetic soul of an Adam Dalgliesh but with less personal angst – though he has a puzzling relationship with a musician who randomly appears and disappears in his life. He follows his intuition to solve cases, and he can’t explain how he reaches his conclusions. These atmospheric stories have a strong sense of Paris and France – not as tourists see the country. Interesting and quirky characters include Adamsberg’s right-hand man, other detectives in the unit, witnesses, and the perpetrators themselves. Start with: The Chalk Circle Man. 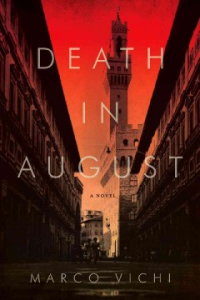 Publisher’s Weekly review of the first book in the series, Death in August: “Set in Florence in the summer of 1963, Vichi’s stellar first in a new mystery series (and his U.S. debut) introduces endearingly melancholic Inspector Bordelli, whose fatigue with life shows in the mirror: “a fifty-three-year-old man… with deep circles under his eyes and sagging cheeks.” Professionally, Bordelli continues to irk his supervisor, Commissioner of Police Inzipone, by using his discretion on what offenders to lock up. When the elderly—and prickly—Signora Pedretti, an asthmatic, is found dead in her bedroom, Bordelli initially suspects natural causes, until her doctor reveals that her attacks were triggered by an allergic reaction to a specific substance not generally found in Florence. That the cap to the signora’s medication was screwed on tightly also suggests foul play. Vichi (Death in Florence) delivers a plausible solution worthy of a golden age crime novel. Readers will look forward to seeing more of this flawed hero.” 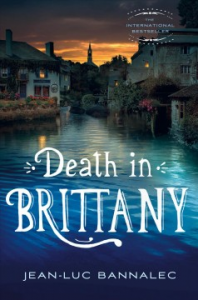 And, finally, a new series, the first book of which was reviewed by Jim back in August, the Georges Dupin novels by Jean-Luc Bannalec.

Here’s the Booklist review of the first book, Death in Brittany: “What Inspector Maigret did for Paris, and, more recently, what Chief of Police Bruno does for the Dordogne, Commissaire Dupin does for Brittany. This mystery, with a setting to die for, was first published in Germany in 2012, where it was a best-seller. In Dupin’s first case, he is an appreciative newcomer to Brittany, having been relocated from Paris to the seaside town of Concarneau two years previously. Dupin conducts most of his work from his favorite café right on the North Atlantic waterfront, L’Amiral, an actual café, famous for its views and a brawl involving the painter Gauguin. Dupin is called to investigate a murder in a nearby town, Pont-Aven, once home to a clutch of post-Impressionist painters, most notably Gauguin. The legendary owner of the town’s most prominent hotel has been found dead in his restaurant. The mystery deepens when someone breaks back into the crime scene. Dupin is fascinating to watch—he’s both cranky and enthusiastic. If it weren’t for his cell phone and a few light references to forensics, Dupin would seem to be a detective who is very pre-CSI. The star of the mystery, though, is Brittany. Bannalec feeds the reader with intriguing bits of history (for example, Bretons are descended from the Celts, who fled Britain during the Anglo-Saxon invasions) and culture, along with bracing glimpses of centuries-old stone buildings, river banks, and the sea.”