Several books found their way into the hands of Frank Castle & company in Marvel’s latest Netflix offering. If you want to read along, here are the titles you’ll need to check out: 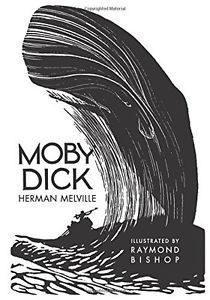 “Ignoring prophecies of doom, the seafarer Ishmael joins the crew of a whaling expedition that is an obsession for the ship’s captain, Ahab. Once maimed by the White Whale, Moby Dick, Ahab has set out on a voyage of revenge. With godlike ferocity, he surges into dangerous waters—immune to the madness of his vision, refusing to be bested by the forces of nature.

An exhilarating whaling yarn, an apocalyptic theodicy, a tragic confessional, and a profound allegory, Moby Dick encompasses all that it means to be human—from the physical and metaphysical to the spiritual and emotional. Full of strange wisdom and wild digressive energy, it’s a singular literary performance universally regarded as one of the great American novels.”

If you’re not feeling up to taking on this massive classic there are several other options, including a recent graphic novel release, the picture book, Mighty Moby, and your pick of movie adaptations (starring either Gregory Peck or Patrick Stewart). And if Frank Castle (Jon Bernthal) reading the book with obvious absorption isn’t enough to convince you to give it a shot, you could always pick up Nathaniel Philbrick’s Why Read Moby Dick? to see what all the fuss is about. 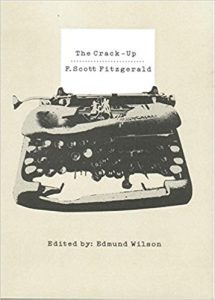 “The Crack-Up tells the story of Fitzgerald’s sudden descent at the age of thirty-nine from glamorous success to empty despair, and his determined recovery. Compiled and edited by Edmund Wilson shortly after F. Scott Fitzgerald’s death, this revealing collection of his essays―as well as letters to and from Gertrude Stein, Edith Wharton, T.S. Eliot, John Dos Passos―tells of a man with charm and talent to burn, whose gaiety and genius made him a living symbol of the Jazz Age, and whose recklessness brought him grief and loss.”

io9 provides some insight into why this book (along with a few others on this list) was likely chosen for the character/show. 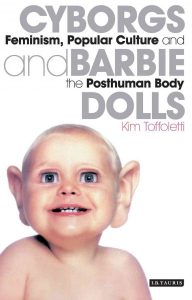 “Bringing a lively and accessible style to a complex subject, Cyborgs and Barbie Dolls explores the idea of the “”posthuman”” and the ways in which it is represented in popular culture. Toffoletti explores images of the posthuman body from goth-rocker Marilyn Manson’s digitally manipulated self-portraits to the famous TDK “”baby”” adverts, and from the work of artist Patricia Piccinini to the curiously “”plastic”” form of the ubiquitous Barbie doll, controversially rescued here from her negative image. Drawing on the work of thinkers including Baudrillard, Donna Haraway and Rosi Braidotti, Cyborgs and Barbie Dolls explores the nature of the human – and its ambiguous gender – in an age of biotechnologies and digital worlds.”

Curious about this one? We would be happy to request a copy from a library outside of our NOBLE network, just let a librarian know you’re interested in reading it! 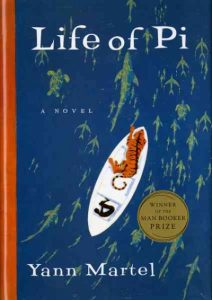 “The son of a zookeeper, Pi Patel has an encyclopedic knowledge of animal behavior and a fervent love of stories. When Pi is sixteen, his family emigrates from India to North America aboard a Japanese cargo ship, along with their zoo animals bound for new homes.

The ship sinks. Pi finds himself alone in a lifeboat, his only companions a hyena, an orangutan, a wounded zebra, and Richard Parker, a 450-pound Bengal tiger. Soon the tiger has dispatched all but Pi, whose fear, knowledge, and cunning allow him to coexist with Richard Parker for 227 days while lost at sea. When they finally reach the coast of Mexico, Richard Parker flees to the jungle, never to be seen again. The Japanese authorities who interrogate Pi refuse to believe his story and press him to tell them “the truth.” After hours of coercion, Pi tells a second story, a story much less fantastical, much more conventional–but is it more true?”

There’s a movie adaptation of this novel, as well, if you’d prefer to start there. 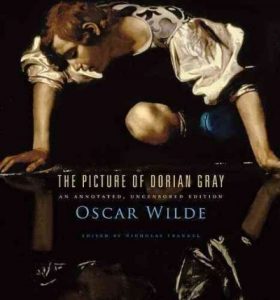 “In this celebrated work, his only novel, Wilde forged a devastating portrait of the effects of evil and debauchery on a young aesthete in late-19th-century England. Combining elements of the Gothic horror novel and decadent French fiction, the book centers on a striking premise: As Dorian Gray sinks into a life of crime and gross sensuality, his body retains perfect youth and vigor while his recently painted portrait grows day by day into a hideous record of evil, which he must keep hidden from the world.”

This book was a fitting choice for Ben Barnes’ Punisher character, Billy Russo, but there’s a nod there, too, to the 2009 film adaptation of the novel, in which Barnes took on the role of Dorian Gray alongside Colin Firth’s Henry Wotton. (On Twitter, Ben Barnes commented on the novel’s appearance in the show: “Yeah, that was my idea. Cautionary tales of narcissim!”)

Jon Bernthal’s Frank Castle first appeared in the second season of Daredevil. We also have several graphic novels featuring the character, should you want to meet him in print.