The British First Fleet under Governor Arthur Phillip arrived at Port Jackson and planted a flag at Sydney Cove. This event is celebrated as Australia Day and represents the beginning of British dominance of the eastern seaboard of Australia. 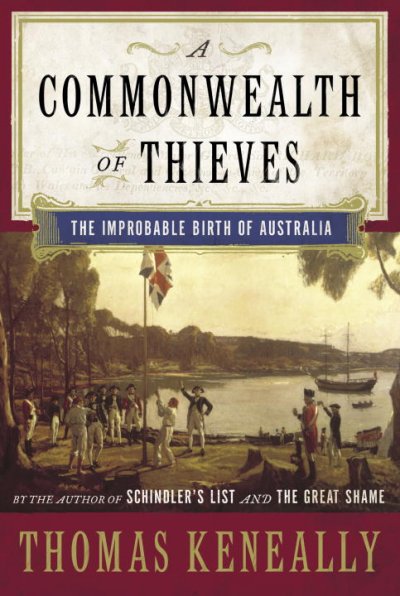 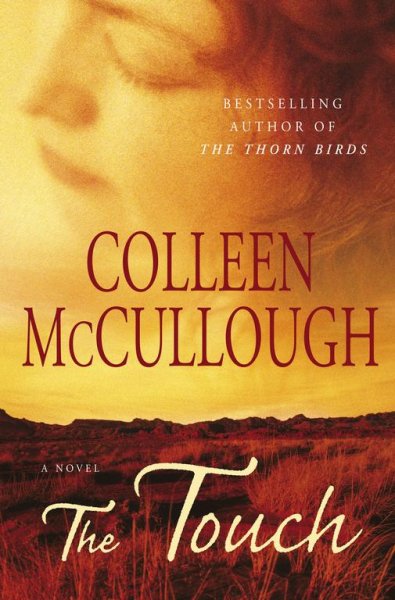 A Commonwealth of Thieves: The Improbable Birth of Australia by Thomas Keneally

It was 1786 when Arthur Phillip, an ambitious captain in the Royal Navy, was assigned the formidable task of organizing an expedition to Australia in order to establish a penal colony. The squalid and turbulent prisons of London were overflowing, and crime was on the rise. Even the hulks sifting at anchor in the Thames were packed with malcontent criminals and petty thieves. So the English government decided to undertake the unprecedented move of shipping off its convicts to a largely unexplored landmass at the other end of the world.

The Touch by Colleen McCullough

Alexander Kinross is remembered in his native Scotland only as a shiftless boilermaker’s apprentice. But when he writes from Australia to summon his bride, his relatives realize he is now a man to be reckoned with. Arriving in Sydney after a difficult voyage, sixteen-year-old Elizabeth Drummond meets her husband-to-be and discovers that he frightens and repels her. And, isolated in Alexander’s great house, Elizabeth finds that marriage does not prompt her husband to enlighten her about his past life – nor his present one, in which his mistress, the sensuous, tough, outspoken Ruby Costevan, still plays a part

In November 1862 George McClellan was relieved of command for failing to pursue the Confederate Army after the Battle of Antietam. Burnside was given command and urged to take action against the Confederate Army. This lead to the disastrous defeat of the Union army at the Battle of Fredericksburg. This defeat cost Burnside command of the Army of the Potomac. He was replaced by Joseph Hooker. 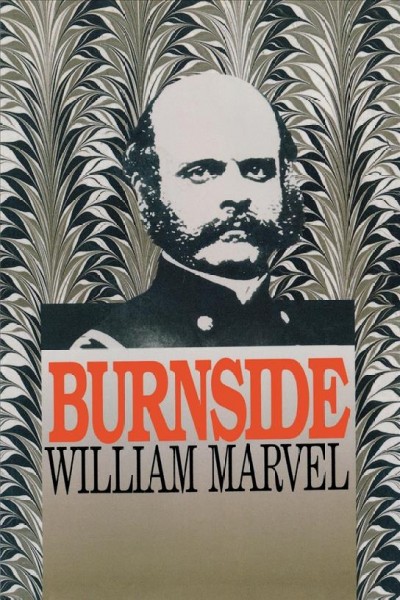 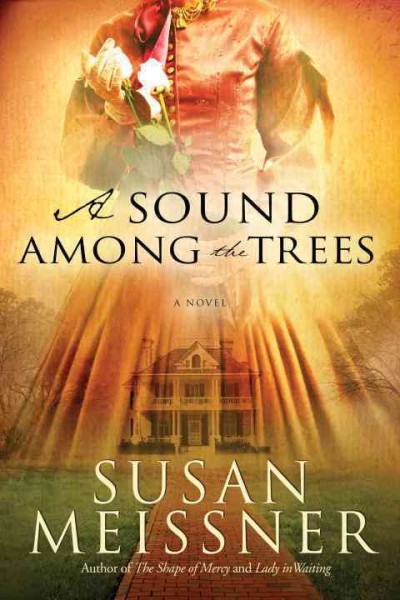 Marvel challenges the traditional evaluation of Burnside as a nice man who failed badly as a general. Marvel’s extensive research indicates that Burnside was often the scapegoat of his superiors and his junior officers and that William B. Franklin deserves a large share of the blame for the Federal defeat at Fredericksburg. He suggests that Burnside’s Tennessee campaign of 1863 contained much praiseworthy effort and shows during the Overland campaign from the Wilderness to Petersburg, and at the battle of the Crater, Burnside consistently suffered slights from junior officers who were confident that they could get away with almost any slur against “Old Burn.” Although Burnside’s performance included an occasional lapse, Marvel argues that he deserved far better treatment than he has received from his peers and subsequently from historians.

A Sound Among the Trees: A Novel by Susan Meissner

As a young bride, Susannah Page was rumored to be a Civil War spy for the North, a traitor to her Virginian roots. Her great-granddaughter Adelaide, the current matriarch of Holly Oak, doesn’t believe that Susannah’s ghost haunts the antebellum mansion looking for a pardon, but rather the house itself bears a grudge toward its tragic past. When Marielle Bishop marries into the family and is transplanted from the arid west to her husband’s home, it isn’t long before she is led to believe that the house she just settled into brings misfortune to the women who live there.  With Adelaide’s richly peppered superstitions and deep family roots at stake, Marielle must sort out the truth about Susannah Page and Holly Oak— and make peace with the sacrifices she has made for love.

1934 The Apollo Theater Opens in Harlem

Originally built in 1914 as the whites only New Burlesque Theater, the building was renamed the Apollo and opened in African Americans in 1934. It would go on to be a center for African American culture to this day. 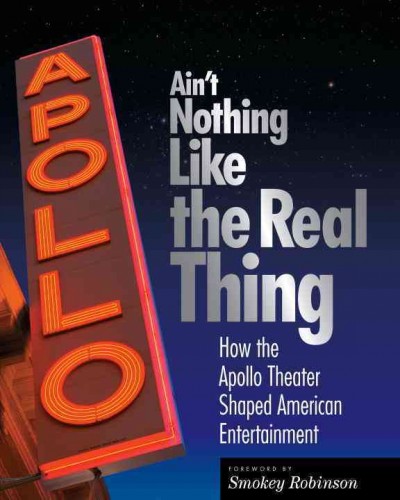 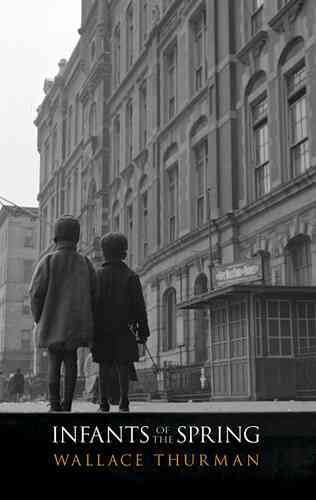 Ain’t Nothing Like the Real Thing: How the Apollo Theater Shaped American Entertainment edited by Richard Carlin

Ain’t Nothing Like the Real Thing: How the Apollo Theater Shaped American Entertainment celebrates the seventy-five year history of the Apollo Theater, Harlem’s landmark performing arts space and the iconic showplace for the best in jazz, blues, dance, comedy, gospel, R & B, hip-hop, and more since it opened its doors in 1934. This beautifully illustrated book is the companion volume to an exhibition of the same name, organized by the Smithsonian’s National Museum of African American History and Culture in collaboration with the Apollo Theater Foundation. It offers a sweeping panorama of American cultural achievement from the Harlem Renaissance to the present through the compelling story of a single institution.

Infants of the Spring by Wallace Thurman

It’s 1920s Harlem, and man, the joint is jumpin’. Folks are coming and going and everything’s copacetic as long as the gin keeps flowing. This is the scene Stephen Jorgenson dives into when he arrives from Canada for the first time. He is taken to an apartment building in Harlem inhabited by aspiring artists whose true talents lie in living, and where everything’s black and white – with a lot of grayness in between. Counterbalancing Stephen’s embrace of these folks is Raymond Taylor, a writer who is the only truly talented artist in the manor. Raymond’s cynical take on the “new Negro artist” is the tightrope he walks between the love and hatred of himself and his people. Characters representing Langston Hughes, Zora Neale Hurston, and Alain Locke all appear, and part of the fun of this book is figuring out who’s who.

1950 The Official Establishment of the Indian Republic

This is the day that the Constitution of India, voted on the previous year, went into effect. Rajendra Prasad was sworn in as the first president of India. The day is celebrated as Republic Day in India. The day also has significance as the day in 1939 the Indian National Congress refused to accept Dominion statues in lieu of full independence from the British government. 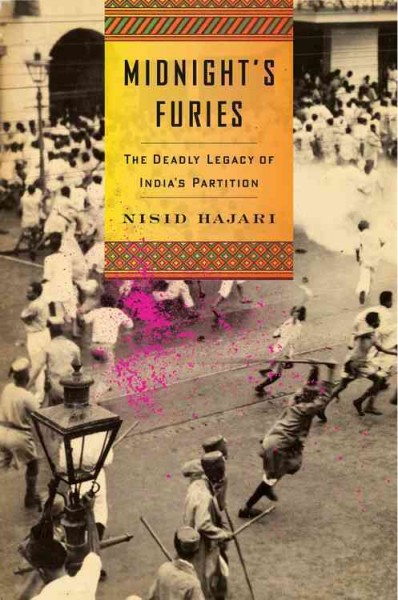 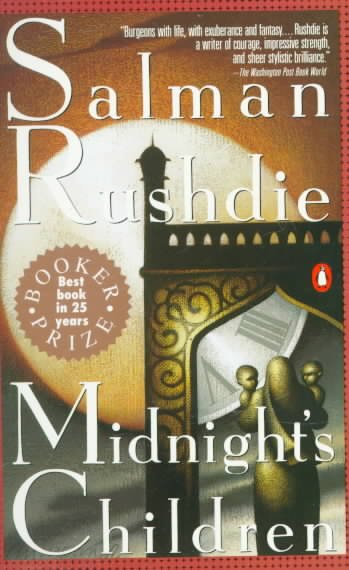 Nobody expected the liberation of India and birth of Pakistan to be so bloody — it was supposed to be an answer to the dreams of Muslims and Hindus who had been ruled by the British for centuries. Jawaharlal Nehru, Gandhi’s protégé and the political leader of India, believed Indians were an inherently nonviolent, peaceful people. Pakistan’s founder, Mohammad Ali Jinnah, was a secular lawyer, not a firebrand. But in August 1946, exactly a year before Independence, Calcutta erupted in riots. A cycle of street-fighting — targeting Hindus, then Muslims, then Sikhs — spun out of control. As the summer of 1947 approached, all three groups were heavily armed and on edge, and the British rushed to leave. Hell let loose. Trains carried Muslims west and Hindus east to their slaughter. Some of the most brutal and widespread ethnic cleansing in modern history erupted on both sides of the new border, searing a divide between India and Pakistan that remains a root cause of many evils. From jihadi terrorism to nuclear proliferation, the searing tale told in Midnight’s Furies explains all too many of the headlines we read today

Saleem Sinai was born at midnight, the midnight of India’s independence, and found himself mysteriously “handcuffed to history” by the coincidence. He is one of 1,001 children born at the midnight hour, each of them endowed with an extraordinary talent – and whose privilege and curse it is to be both master and victims of their times. Through Saleem’s gifts – inner ear and wildly sensitive sense of smell – we are drawn into a fascinating family saga set against the vast, colourful background of the India of the 20th century.