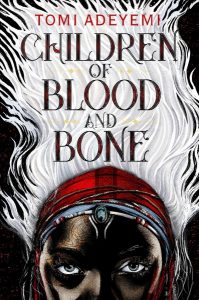 But everything changed the night magic disappeared. Under the orders of a ruthless king, maji were killed, leaving Zélie without a mother and her people without hope.

Now Zélie has one chance to bring back magic and strike against the monarchy. With the help of a rogue princess, Zélie must outwit and outrun the crown prince, who is hell-bent on eradicating magic for good.

Danger lurks in Orïsha, where snow leoponaires prowl and vengeful spirits wait in the waters. Yet the greatest danger may be Zélie herself as she struggles to control her powers―and her growing feelings for an enemy.” 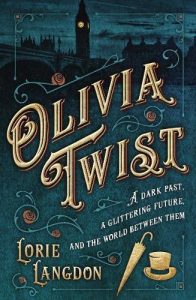 “Olivia Brownlow is no damsel in distress. Born in a workhouse and raised as a boy among thieving London street gangs, she is as tough and cunning as they come. When she is taken in by her uncle after a caper gone wrong, her life goes from fighting and stealing on the streets to lavish dinners and soirees as a debutante in high society. But she can’t seem to escape her past … or forget the teeming slums where children just like her still scrabble to survive.

Jack MacCarron rose from his place in London’s East End to become the adopted “nephew” of a society matron. Little does society know that MacCarron is a false name for a boy once known among London gangs as the Artful Dodger, and that he and his “aunt” are robbing them blind every chance they get. When Jack encounters Olivia Brownlow in places he least expects, his curiosity is piqued. Why is a society girl helping a bunch of homeless orphan thieves? Even more intriguing, why does she remind him so much of someone he once knew? Jack finds himself wondering if going legit and risking it all might be worth it for love.” 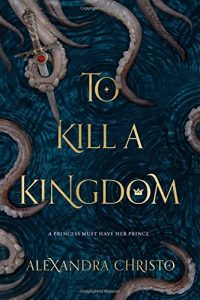 To Kill a Kingdom – Alexandra Christo

“Princess Lira is siren royalty and the most lethal of them all. With the hearts of seventeen princes in her collection, she is revered across the sea. Until a twist of fate forces her to kill one of her own. To punish her daughter, the Sea Queen transforms Lira into the one thing they loathe most–a human. Robbed of her song, Lira has until the winter solstice to deliver Prince Elian’s heart to the Sea Queen or remain a human forever.

The ocean is the only place Prince Elian calls home, even though he is heir to the most powerful kingdom in the world. Hunting sirens is more than an unsavory hobby–it’s his calling. When he rescues a drowning woman in the ocean, she’s more than what she appears. She promises to help him find the key to destroying all of sirenkind for good–But can he trust her? And just how many deals will Elian have to barter to eliminate mankind’s greatest enemy?” 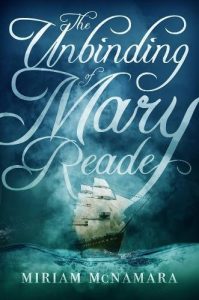 “There’s no place for a girl in Mary’s world. Not in the home of her mother, desperately drunk and poor. Not in the household of her wealthy granny, where a girl could never be named an heir. And certainly not in the arms of Nat, her childhood love who never knew her for who she was. As a hired sailor aboard a Caribbean merchant ship, Mary’s profession―and her safety―depend on her ability to disguise the fact that she’s a girl.

Leastways, that’s what she thinks is true. But then pirates attack the ship, and right in the middle of the swashbuckling crowd of bloodthirsty pirates, Mary spots something she never could have imagined: a girlpirate. The sight of a girl standing unafraid upon the deck, gun and sword in hand, changes everything. In a split-second decision, Mary turns her gun on her own captain and earns herself a spot among the pirates’ crew.

For the first time, Mary has a shot at freedom. But imagining living life as her true self is easier, it seems, than actually doing it. And when Mary finds herself falling for the captain’s mistress, she risks everything―her childhood love, her place among the crew, and even her life.” 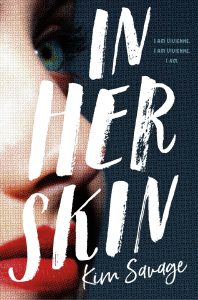 In Her Skin – Kim Savage

“Fifteen-year-old con artist Jo Chastain takes on her biggest fraud yet―impersonating a missing girl. Life on the streets of Boston these past few years hasn’t been easy, and she hopes to cash in on a little safety, some security. She finds her opportunity with the Lovecrafts, a wealthy family tied to the unsolved disappearance of Vivienne Weir, who vanished when she was nine.

When Jo takes on Vivi’s identity and stages the girl’s miraculous return, the Lovecrafts welcome her with open arms. They give her everything she could want: love, money, and proximity to their intoxicating and unpredictable daughter, Temple. But nothing is as it seems in the Lovecraft household―and some secrets refuse to stay buried. When hidden crimes come to the surface and lines of deception begin to blur, Jo must choose to either hold on to an illusion of safety or escape the danger around her before it’s too late. In Her Skin is Kim Savage at her most suspenseful yet.” 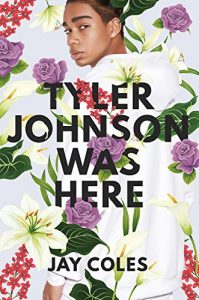 “When Marvin Johnson’s twin, Tyler, goes to a party, Marvin decides to tag along to keep an eye on his brother. But what starts as harmless fun turns into a shooting, followed by a police raid.

The next day, Tyler has gone missing, and it’s up to Marvin to find him. But when Tyler is found dead, a video leaked online tells an even more chilling story: Tyler has been shot and killed by a police officer. Terrified as his mother unravels and mourning a brother who is now a hashtag, Marvin must learn what justice and freedom really mean.”