Genre Blending (also called Genre Crossing, Genre Mixing, Cross-Genre) is when an author mixes together aspects of two or more genre styles in the same work. In this case Historical Fiction, SciFi or Fantasy.

That’s my rather simplistic definition of Genre Blending. I can’t decide if there have been more of these books coming out lately or there are just more that have been catching my attention. One thing I have been struck by is how good the recent ones I’ve been reading are. Its a tall order writing great historical fiction, great scifi or fantasy and then melding them together into a cohesive whole. Here are three that I highly recommend. 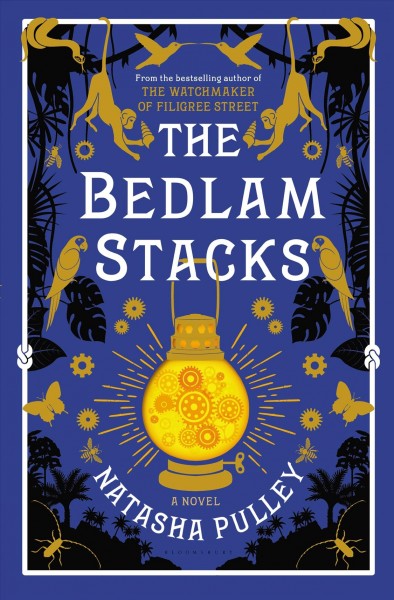 The Bedlam Stacks by Natasha Pulley

I was totally entranced by Watch Maker of Filigree Street so I was thrilled when I stumbled across Pulley’s next novel while poking around in the New Books Room here at the library. As always she paints a beautiful and magical setting and fills it with incredibly engaging characters

In 1859, ex-East India Company smuggler Merrick Tremayne is trapped at home in Cornwall after sustaining an injury that almost cost him his leg and something is wrong; a statue moves, his grandfather’s pines explode, and his brother accuses him of madness.

When the India Office recruits Merrick for an expedition to fetch quinine—essential for the treatment of malaria—from deep within Peru, he knows it’s a terrible idea. Nearly every able-bodied expeditionary who’s made the attempt has died, and he can barely walk. But Merrick is desperate to escape everything at home, so he sets off, against his better judgment, for a tiny mission colony on the edge of the Amazon where a salt line on the ground separates town from forest. Anyone who crosses is killed by something that watches from the trees, but somewhere beyond the salt are the quinine woods, and the way around is blocked.

Surrounded by local stories of lost time, cursed woods, and living rock, Merrick must separate truth from fairytale and find out what befell the last expeditions; why the villagers are forbidden to go into the forest; and what is happening to Raphael, the young priest who seems to have known Merrick’s grandfather, who visited Peru many decades before. The Bedlam Stacks is the story of a profound friendship that grows in a place that seems just this side of magical. [goodreads]

Outcasts of Time by Ian Mortimer 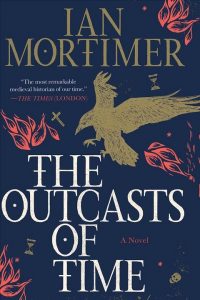 This is also a book I recently reviewed on this blog. One of my favorite things about this one was the way it played with the time-travel sub-genre. I don’t think I’ve seen that many books that took people from the past and watched them interact with the future in such an extended way.

December 1348. With the country in the grip of the Black Death, brothers John and William fear that they will shortly die and go to Hell. But as the end draws near, they are given an unexpected choice: either to go home and spend their last six days in their familiar world, or to search for salvation across the forthcoming centuries – living each one of their remaining days ninety-nine years after the last.

John and William choose the future and find themselves in 1447, ignorant of almost everything going on around them. The year 1546 brings no more comfort, and 1645 challenges them still further. It is not just that technology is changing: things they have taken for granted all their lives prove to be short-lived.

As they find themselves in stranger and stranger times, the reader travels with them, seeing the world through their eyes as it shifts through disease, progress, enlightenment and war. But their time is running out – can they do something to redeem themselves before the six days are up? [goodreads] 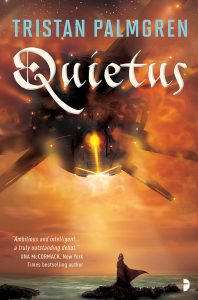 This is my personal favorite. Sadly no one in NOBLE owns this one yet but keep checking back we will be getting it soon. I loved the idea of transdimentional anthropologists rooting around in medieval Europe which is what got me hooked. But the plot and setting are fantastic. The way it plays with ideas of disease and who will be saved and who won’t be are fascinating.

Niccolucio, a young Florentine Carthusian monk, leads a devout life until the Black Death kills all of his brothers, leaving him alone and filled with doubt. Habidah, an anthropologist from another universe racked by plague, is overwhelmed by the suffering. Unable to maintain her observer neutrality, she saves Niccolucio from the brink of death.

Habidah discovers that neither her home’s plague nor her assignment on Niccolucio’s world are as she’s been led to believe. Suddenly the pair are drawn into a worlds-spanning conspiracy to topple an empire larger than the human imagination can contain. [goodreads]