James Scott was Charles II’s illegitimate son, born in Holland while Charles was in exile during the English Civil War. Upon Charles being restored to the throne Scott was made 1st Duke of Monmouth. As tensions rose during Charles II’s rule over the succession many part of England feared a return to Catholicism. When Charles died and his brother James II, a Catholic, become king, Monmouth tried to capitalize on his Protestantism and being Charles’ son by leading a rebellion. The rebellion was quickly put down, the Duke of Monmouth captured and executed. 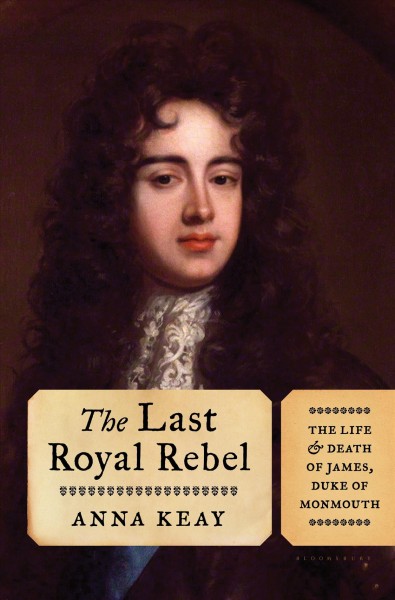 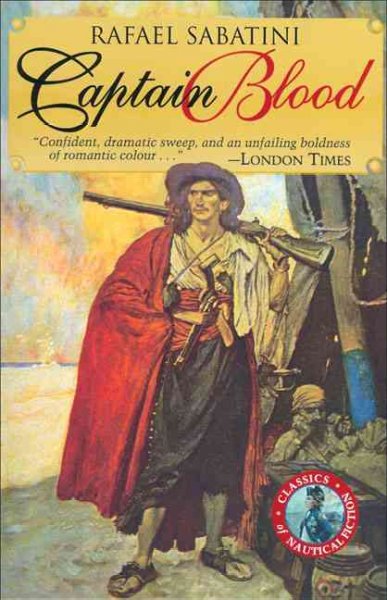 The Last Royal Rebel: The Life and Death of James, Duke of Monmouth by Anna Keay.

Born in the backstreets of Rotterdam in the year his grandfather Charles I was executed, Monmouth was the child of a turbulent age. His mother, the first of Charles II’s famous liaisons, played courtesan to the band of raw and restless young royalists forced abroad by the changing political current. Conceived during a revolution and born into a republic, Monmouth, by the time he was twelve, was the sensation of the most licentious and libertine court in Europe. Adored by the king and drenched in honors, he became the greatest rake and reprobate of the age. On his path to becoming “the last royal rebel,” Monmouth consorted with a spectacular list of contemporaries: Louis XIV was his mentor, William of Orange his confidant, Nell Gwyn his friend, the future Duke of Marlborough his pupil, D’Artagnan his lieutenant, John Dryden his censor, and John Locke his comrade. Anna Keay expertly chronicles Monmouth’s life and offers splendid insight into this crucial and dramatic period in English history.

At the time of her birth in 1819 Victoria, the granddaughter of George III, was fifth in line to the throne. Two of the individuals ahead of her George IV and Frederik Duke of York died without heirs. Victoria’s own father, Edward, died when she was young. This meant the crown went to William IV the third son of George III. When William died without an heir in 1837 Victoria became Queen of England at 18. 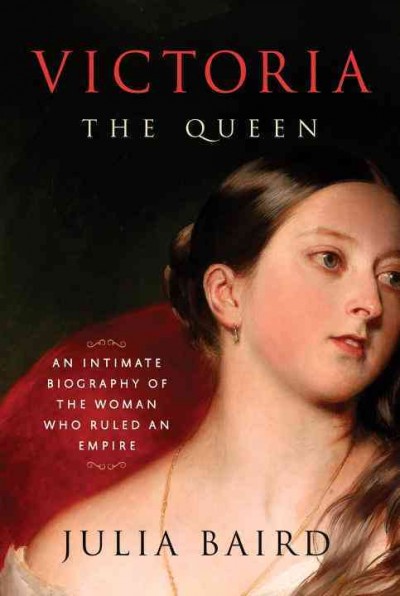 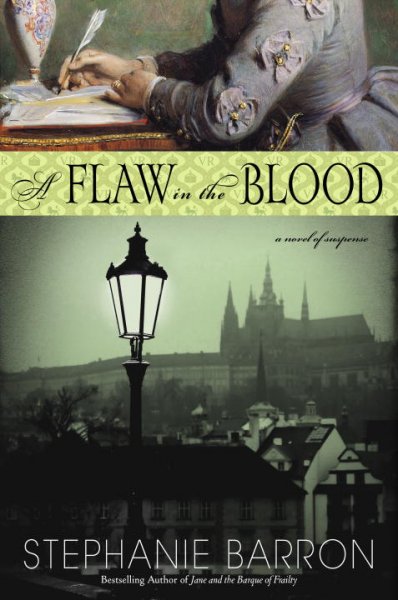 Victoria the Queen: An Intimate Biography of the Woman Who Ruled an Empire by Julia Baird

When Alexandrina Victoria was crowned Queen of the United Kingdom of Great Britain and Ireland on 20 June 1837, she was 18 years old and barely five feet tall. Her subjects were fascinated and intrigued; some felt sorry for her. Writer Thomas Carlyle, watching her gilded coach draw away from the coronation, said: ‘Poor little Queen, she is at an age at which a girl can hardly be trusted to choose a bonnet for herself; yet a task is laid upon her from which an archangel might shrink.’ Queen Victoria is long dead, but in truth she has shaped us from the grave. She was a tiny, powerful woman who reigned for an astonishing 64 years. By the time of her Diamond Jubilee Procession in 1897, she reigned over a fourth of the inhabitable part of the world, had 400 million subjects, and had given birth to nine children. Suffrage, anti-poverty and anti-slavery movements can all be traced to her monumental reign, along with a profound rethinking of family life and the rise of religious doubt. When she died, in 1901, she was the longest reigning monarch in English history. Victoria is truly the woman who made the modern world.

A Flaw in the Blood by Stephanie Barron.

The acclaimed author of the bestselling Jane Austen mysteries brings rich historical immediacy to an enthralling new suspense novel centered around Queen Victoria’s troubled court…and a secret so dangerous, it could topple thrones. Windsor Castle, 1861. For the second time in over twenty years, Irish barrister Patrick Fitzgerald has been summoned by the Queen. The first time, he’d been a zealous young legal clerk, investigating what appeared to be a murderous conspiracy against her. Now he is a distinguished gentleman at the top of his profession. And the Queen is a woman in the grip of fear. For on this chilly night, her beloved husband, Prince Albert, lies dying. With her future clouded by grief, Fitzgerald can’t help but notice the Queen is curiously preoccupied with the past. Yet why, and how he can help, is unclear. His bewilderment deepens when the royal coach is violently overturned, nearly killing him and his brilliant young ward, Dr. Georgiana Armistead, niece of the late Dr. Snow, a famed physician who’d attended none other than Her Majesty. Fitzgerald is sure of one thing: the Queen’s carriage was not attacked at random—it was a carefully chosen target.

1948 The US, English and French occupation forces in Germany introduce the Deutsche Mark which sparks the Berlin Blockade by the USSR

Post World War II German was divided into occupation zones with what became East Germany occupied by Russia and the part that became West German occupied by the allies. The allies decided to reform the German currency by creating the Deutsche Mark. This outraged the Russians who felt they should control the currency. They blockaded all road traffic into Berlin which although inside the Russian zone was subdivided between the allied powers. This blockade resulted in the Berlin Airlift which resupplied the non-Russian sections of Berlin by air. The blockade would last nearly a year, ending in May 1949 with the USSR backing down. 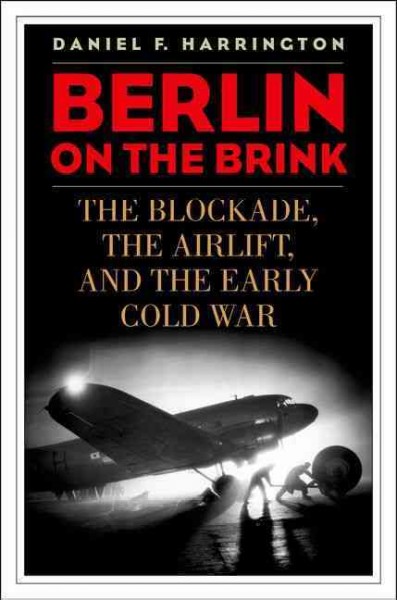 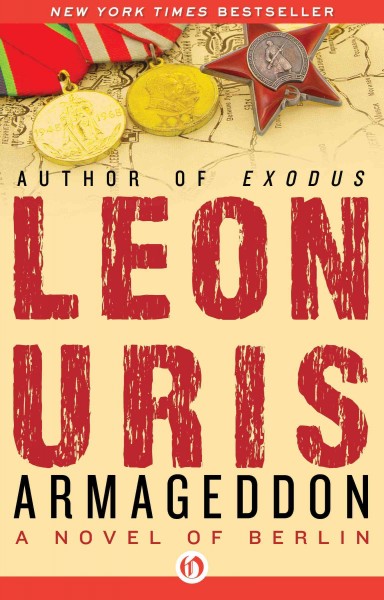 Berlin on the Brink: The Blockade, the Airlift, and the Early Cold War by Daniel F. Harrington.

No place symbolized the cold war more than Berlin, and no event illustrates how East-West conflict developed more than the Berlin blockade. The blockade (June 24, 1948-May 12, 1949) was one of the first international crises of the cold war. During the occupation of post-World War II Germany, the Soviet Union blocked the Western Allies’ railway and road access to the sectors of Berlin under Allied control. Their aim was to force the western powers to allow the Soviets to supply Berlin with food and fuel, thus enabling the Soviets to control the entire city. In response, the Allies organized the Berlin airlift to carry supplies to the people in West Berlin. Scholars in recent years have tended to ignore the blockade in the belief that “we now know” all that can be said about it. The success of the airlift in breaking the blockade has led many-after the fact-to see the airlift as the execution of a well-conceived plan of a few diplomats, rather than as a brilliant improvisation by many people, influenced by time and chance. In Time and Chance: A History of the Berlin Blockade, Daniel F. Harrington examines “the Berlin question” from its origin in wartime plans for the occupation of Germany through the Paris Council of Foreign Ministers meeting in 1949. Harrington draws on previously untapped archival sources to challenge standard accounts of the postwar division of Germany, the origins of the blockade, the original purpose of the airlift, and the leadership and decision-making of President Harry S Truman. While thoroughly examining American, British, French, and Soviet diplomacy at the top levels, Harrington also pays careful attention to events on the ground in postwar Berlin and to details of the that led to its success. He demonstrates how the airlift owed its success less to decisions at the top than to the ingenuity and hard work of people at the bottom-pilots, mechanics, and Berliners. Time and Chance reshapes the conventional understanding of a critical event of cold war history and promises to be the definitive book on the Berlin blockade. Daniel F. Harrington is deputy command historian at United States Strategic Command and has published many essays in journals such as Diplomacy & Statecraft, International History Review, and Diplomatic History.

Armageddon: A Novel of Berlin by Leon Uris.

In Berlin at the end of World War II, an American Army officer bears witness to the aftermath of one historic tragedy and the rise of another. Captain Sean O’Sullivan distinguishes himself as a courageous soldier in the closing days of World War II, but what comes next tests his deepest reserves of strength and conviction. Sent to oversee the rebuilding of Berlin, O’Sullivan is exposed to the horrific truths of the Holocaust, a shattered and defeated society, and the new threat of Soviet power as the Iron Curtain begins to shadow the city. When Soviet forces blockade Berlin and the airlift begins, O’Sullivan is faced with profound moral dilemmas in an increasingly complicated world. Armageddon is one of the great fictional portrayals of Europe in the earliest days of the Cold War.

1975 The movie Jaws is released

Directed by Steven Spielberg based on a book by Peter Benchley, Jaws was about a man eating Great White Shark. Staring the movie brought in $470.7 million at the box office and was one the first instances of a movie being widely marketed and simultaneously released across the country. It also created the concept of the Summer Blockbuster and set the theme for many horror movies to come. 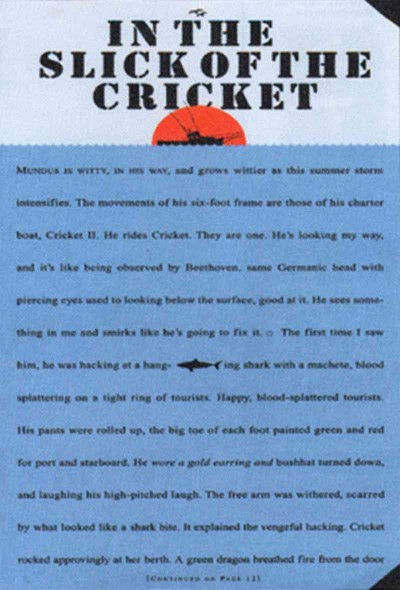 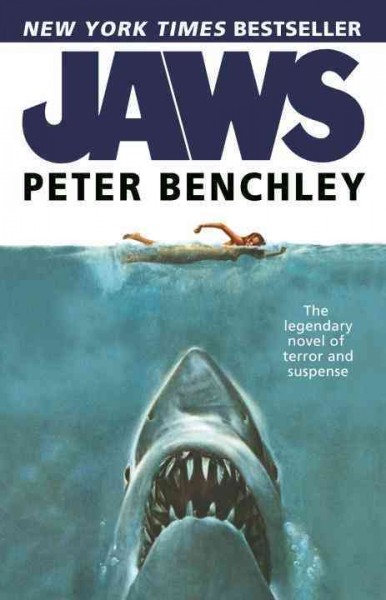 In the Slick of the Cricket by Russell Drumm

In his forty years of charter-boat fishing off the shores of Long Island, Frank Mundus, captain of the Cricket II, has hauled in more terrifying multiton, multifanged great white sharks than anyone around. Unwittingly playing Ishmael to the Cricket’s Ahab, local newspaperman Russell Drumm set out to accompany Mundus on what would be the captain’s final voyage into the deep before hanging up his reel and retiring to a beach in Hawaii. What starts out for Drumm as a short escape from the mundane world of obits and ads for seaside condos quickly turns into a storm-tossed odyssey in which Mundus joyfully relives his seafaring days. The cantankerous and thoroughly entertaining captain treats Drumm and the reader to weird and wonderful stories about his ingenious fishing methods, his collection of charter “idiots” and heroic first mates, and his lasting bitterness toward author Peter Benchley for never acknowledging him as the source of the Jaws story.Weaving his own extensive knowledge of the marine environment and the fishing industry with Mundus’s peculiar blend of philosophy and seafaring lore, Drumm delivers a stunning portrait of a unique modern adventurer and a bleak, yet humorously portrayed, vision of the apocalypse.

The classic, blockbuster thriller of man-eating terror that inspired the Steven Spielberg movie and made millions of beachgoers afraid to go into the water. Experience the thrill of helpless horror again — or for the first time!