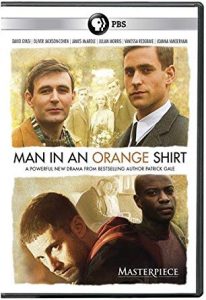 About Man In An Orange Shirt:
“From novelist Patrick Gale, this is a tender, powerful film sure to spark conversation about outdated attitudes and equal rights. Two love stories set 60 years apart are linked by a secret that echoes through generations, from a forbidden relationship impossible during WWII, contrasted with a present-day romance that is nearly derailed by the 1940s tale with which it is deeply intertwined.” 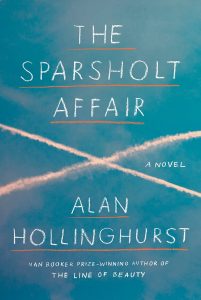 The Sparsholt Affair – Alan Hollinghurst
“In 1940, David Sparsholt arrives at Oxford to study engineering, though his sights are set on joining the Royal Air Force. Handsome, athletic, charismatic, he is unaware of his powerful effect on others—especially on Evert Dax, the lonely and romantic son of a celebrated novelist who is destined to become a writer himself. With the world at war, and the Blitz raging in London, Oxford exists at a strange remove: a place of fleeting beauty, of secret liaisons under the cover of blackouts. A friendship develops between David and Evert that will influence their lives for decades to come.

Alan Hollinghurst’s sweeping new novel evokes across three generations the intimate relationships of a group of friends brought together by art, literature, and love.  We witness shifts in taste and morality through a series of vividly rendered episodes: a Sparsholt holiday in Cornwall; eccentric gatherings at the Dax family home; the adventures of David’s son Johnny, a painter in 1970s London. Richly observed, emotionally charged, this dazzling novel of fathers and sons, of family and legacy, explores the social and sexual revolutions of the past century, even as it takes us straight to the heart of our current age.” 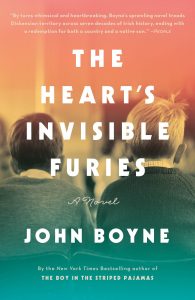 The Heart’s Invisible Furies – John Boyne
“Cyril Avery is not a real Avery — or at least, that’s what his adoptive parents tell him. And he never will be. But if he isn’t a real Avery, then who is he?

Born out of wedlock to a teenage girl cast out from her rural Irish community and adopted by a well-to-do if eccentric Dublin couple via the intervention of a hunchbacked Redemptorist nun, Cyril is adrift in the world, anchored only tenuously by his heartfelt friendship with the infinitely more glamourous and dangerous Julian Woodbead. At the mercy of fortune and coincidence, he will spend a lifetime coming to know himself and where he came from – and over his many years, will struggle to discover an identity, a home, a country, and much more.

In this, Boyne’s most transcendent work to date, we are shown the story of Ireland from the 1940s to today through the eyes of one ordinary man. The Heart’s Invisible Furies is a novel to make you laugh and cry while reminding us all of the redemptive power of the human spirit.” 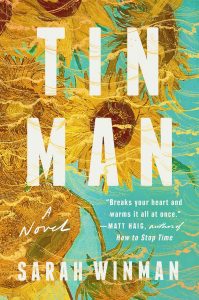 Tin Man – Sarah Winman
“This is almost a love story. But it’s not as simple as that.

Ellis and Michael are twelve-year-old boys when they first become friends, and for a long time it is just the two of them, cycling the streets of Oxford, teaching themselves how to swim, discovering poetry, and dodging the fists of overbearing fathers. And then one day this closest of friendships grows into something more.

But then we fast-forward a decade or so, to find that Ellis is married to Annie, and Michael is nowhere in sight. Which leads to the question: What happened in the years between?”