Bosworth was the last major battle of the Wars of the Roses and the end of the Plantagenet dynasty. Richard III usurped the throne of England in 1484 and may have had his nephews murdered. Lancasterian forces under Henry Tudor rebeled against Richard III. Their forces met near Market Bosworth in the midlands. Richard was decisively defeated and killed. Henry was crowned Henry IIV beginning the Tudor dynasty. 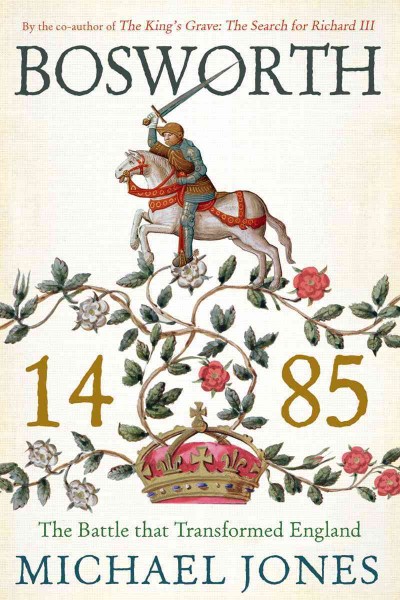 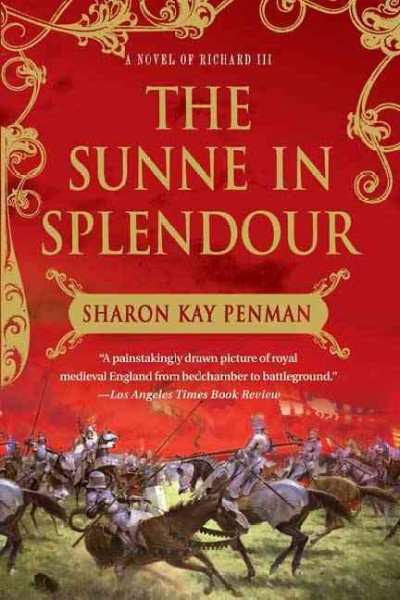 Bosworth, 1485: The Battle that Transformed England by Michael Jones.

The battle of Bosworth marked an epoch in the lives of two great houses—the house of York fell to the ground when Richard III died on the field of battle; and the house of Tudor rose from the massacre to reign for the next hundred years. Michael Jones rewrites this landmark event in English history with startling evidence to suggest that the site of the battle recognized for over 500 years is wrong. He not only shifts the location of the battle, but shifts our perspective of its heroes and villains and its place in history.

The Sunne in Splendour: A Novel of Richard III by Sharon Kay Penman.

Born into the treacherous courts of fifteenth-century England, in the midst of what history has called The War of the Roses, Richard was raised in the shadow of his charismatic brother, King Edward IV. Loyal to his friends and passionately in love with the one woman who was denied him, Richard emerges as a gifted man far more sinned against than sinning.
This magnificent retelling of his life is filled with all of the sights and sounds of battle, the customs and lore of the fifteenth century, the rigors of court politics, and the passions and prejudices of royalty.

After a long series of conflicts between Parliament and Charles I, he fled London and headed north. After a skirmish at Hull where he tired unsuccessfully to acquire arms he moved south to Nottingham. Here he raised his standard and began raising a larger army. This is seen as the official beginning of the war that would last until 1651. 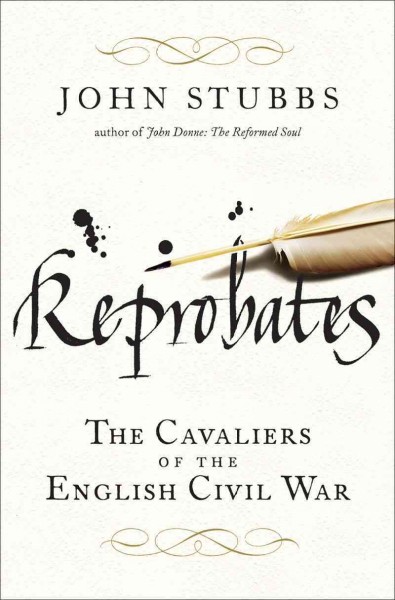 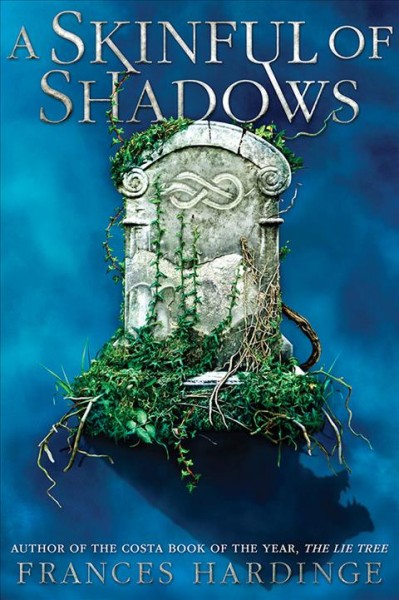 Reprobates: The Cavaliers of the English Civil War by John Stubbs.

John Stubbs’s Reprobates charts the rise and fall of the Cavaliers before, during and after the English Civil War. From disastrous foreign forays to syphilitic poets, from political intriguing to ambitious young playwrights keen to curry favour with the king, John Stubbs brings alive the vibrant cast of characters that were at the centre of the English Civil War. Stubbs shows the reader just how the country was brought to one of the most destructive moments in its history. ‘Dashing and daring, colourful, subtle and provocative . . . stuffed almost to bursting-point with character and incident.

A Skinful of Shadows by Frances Hardinge.

This is the story of a bear-hearted girl . . . Sometimes, when a person dies, their spirit goes looking for somewhere to hide. Some people have space within them, perfect for hiding. Twelve-year-old Makepeace has learned to defend herself from the ghosts which try to possess her in the night, desperate for refuge, but one day a dreadful event causes her to drop her guard. And now there’s a spirit inside her. The spirit is wild, brutish and strong, and it may be her only defence when she is sent to live with her father’s rich and powerful ancestors. There is talk of civil war, and they need people like her to protect their dark and terrible family secret. But as she plans her escape and heads out into a country torn apart by war, Makepeace must decide which is worse: possession – or death.”

In the 1700s Haiti (called Saint-Domingue by the French) was French sugar and coffee growing colony in the Caribbean. The population of slaves out numbered whites and free blacks almost 6 to 1. Tensions began to rise between the white population and the black population during the French Revolution. Whites supported the revolution since they felt that they could declare independence from France and set their own laws. Slaves and free blacks feared this since it would probably mean harsher treatment of blacks. On the night of August 21/22 slaves in the north of the island rose up and massacred the plantation owners. The revolution would last until 1805 and was marked by extreme brutality. It would be the only successful slave revolt in the western hemisphere. 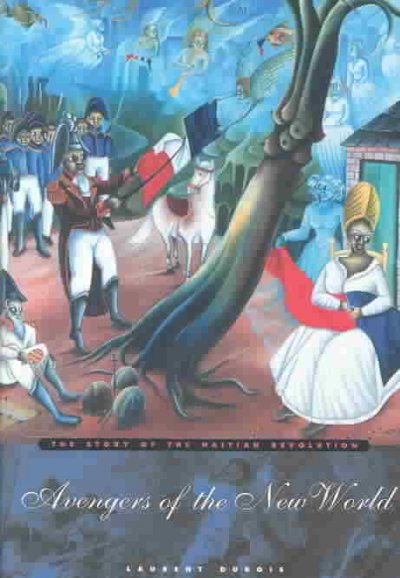 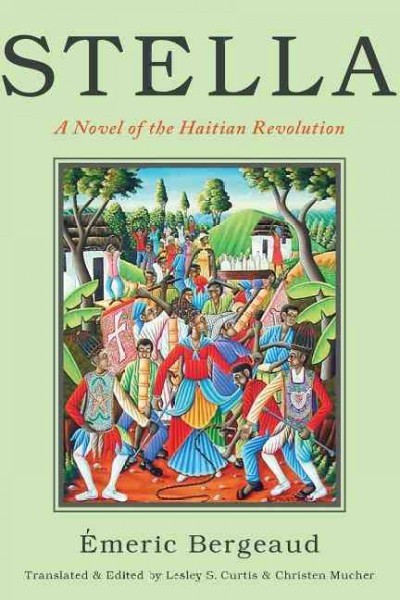 Avengers of the New World: The Story of the Haitian Revolution by Laurent Dubois

The first and only successful slave revolution in the Americas began in 1791 when thousands of brutally exploited slaves rose up against their masters on Saint-Domingue, the most profitable colony in the eighteenth-century Atlantic world. Within a few years, the slave insurgents forced the French administrators of the colony to emancipate them, a decision ratified by revolutionary Paris in 1794. This victory was a stunning challenge to the order of master/slave relations throughout the Americas, including the southern United States, reinforcing the most fervent hopes of slaves and the worst fears of masters. But, peace eluded Saint-Domingue as British and Spanish forces attacked the colony. A charismatic ex-slave named Toussaint Louverture came to France’s aid, raising armies of others like himself and defeating the invaders. Ultimately Napoleon, fearing the enormous political power of Toussaint, sent a massive mission to crush him and subjugate the ex-slaves. After many battles, a decisive victory over the French secured the birth of Haiti and the permanent abolition of slavery from the land. The independence of Haiti reshaped the Atlantic world by leading to the French sale of Louisiana to the United States and the expansion of the Cuban sugar economy.

Stella: A Novel of the Haitian Revolution by Émeric Bergeaud

Stella, first published in 1859, is an imaginative retelling of Haiti’s fight for independence from slavery and French colonialism. Set during the years of the Haitian Revolution (1791-1804), Stella tells the story of two brothers, Romulus and Remus, who help transform their homeland from the French colony of Saint-Domingue to the independent republic of Haiti. Inspired by the sacrifice of their African mother Marie and Stella, the spirit of Liberty, Romulus and Remus must learn to work together to found a new country based on the principles of freedom and equality. This new translation and critical edition of Emeric Bergeaud’s allegorical novel makes Stella available to English-speaking audiences for the first time. Considered the first novel written by a Haitian, Stella tells of the devastation and deprivation that colonialism and slavery wrought upon Bergeaud’s homeland. Unique among nineteenth-century accounts, Stella gives a pro-Haitian version of the Haitian Revolution, a bloody but just struggle that emancipated a people, and it charges future generations with remembering the sacrifices and glory of their victory. Bergeaud’s novel demonstrates that the Haitians–not the French–are the true inheritors of the French Revolution, and that Haiti is the realization of its republican ideals. At a time in which Haitian Studies is becoming increasingly important within the English-speaking world, this edition calls attention to the rich though under-examined world of nineteenth-century Haiti.

Michael Collins was an Irish revolutionary, solider and politician. He played a major roll in the Anglo-Irish War and helped negotiate the Anglo-Irish treaty that resulted from it. Ireland was divided over the acceptance of the treaty and although it was ratified, a portion of the Irish Republican Army refused to agree to it. As a result the Irish Civil War broke out with Collins leading a pro-treaty Irish national army against the IRA led by Éamon de Valera. In 1922 Collins was in county Cork. There is a great deal of debate what he was doing there as it was disputed territory. Some claimed he was there for peace talks but there is not documentary evidence of this. He and his entourage went out for a drive through the countryside. That night on there way back they were ambushed by an IRA column and after a gun battle Collins was killed. Collins was given a state funeral attended by thousands. There was no official inquiry into his death which has left a vacuum for scholars to speculate. 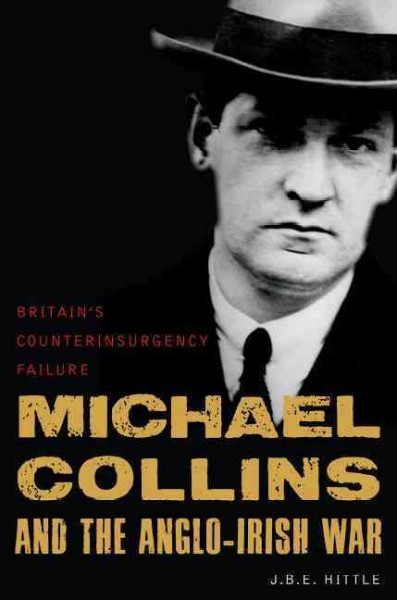 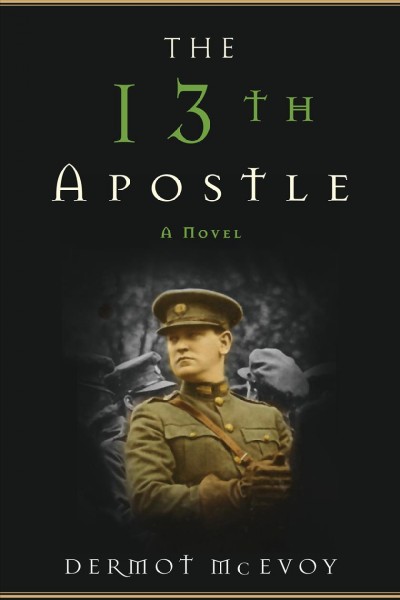 As leader of the Irish Republican Brotherhood and then the Irish Republican Army (IRA), Michael Collins developed a bold, new strategy to use against the British administration of Ireland in the early twentieth century. His goal was to attack its well-established system of spies and informers, wear down British forces with a sustained guerrilla campaign, and force a political settlement that would lead to a free Irish Republic.Michael Collins and the Anglo-Irish War reveals that the success of the Irish insurgency was not just a measure of Collins’s revolutionary genius, as has often been claimed. British miscalculations, overconfidence, and a failure to mount a sustained professional intelligence effort to neutralize the IRA contributed to Britain’s defeat.Although Britain possessed the world’s most professional secret service, the British intelligence community underwent a politically driven and ill-advised reorganization in early 1919, at the very moment that Collins and the IRA were going on the offensive. Once Collins neutralized the local colonial spy service, the British had no choice but to import professional secret service agents.

The 13th Apostle: A Novel of a Dublin Family, Michael Collins, and the Irish Uprising by Dermot Mcevoy.

On Easter Monday, April 24, 1916, the first great revolution of the twentieth century began as working-class men and women occupied buildings throughout Dublin, Ireland, including the general post office on O’Connell Street. Among the commoners in the GPO was a young staff captain of the Irish Volunteers named Michael Collins. He was joined a day later by a fourteen-year-old messenger boy, Eoin Kavanagh. Four days later they would all surrender, but they had struck the match that would burn Great Britain out of Ireland for the first time in seven hundred years. The 13th Apostle is the reimagined story of how Michael Collins, along with his young acolyte Eoin, transformed Ireland from a colony into a nation. Collins’s secret weapon was his intelligence system and his assassination squad, nicknamed “The Twelve Apostles.” On November 21, 1920, the squad—with its thirteenth member, young Eoin—assassinated the entire British Secret Service in Dublin. Twelve months and sixteen days later, Collins signed the Treaty at 10 Downing Street, which brought into being what is, today, the Republic of Ireland.