Whoa whoa whoa whoa. You’re looking for something that just might fill that Peter Kavinsky-sized hole you can’t seem to get over after watching To All the Boys I’ve Loved Before roughly a gazillion times? Those are some big Converses to fill, but perhaps one of the books on this list will come close. (Maybe?) Grab a bottle of Yakult, and in the immortal words of Peter K, leggo! (Or to quote Lara Jean: Let’s do this.) 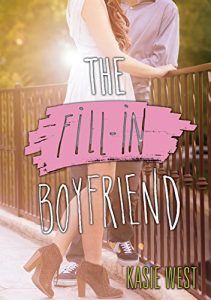 “When Gia Montgomery’s boyfriend, Bradley, dumps her in the parking lot of her high school prom, she decides to do the unthinkable…convince the cute guy waiting to pick up his sister to pretend to be her boyfriend for the night. The task is simple: two hours, zero commitment, a few white lies.

The problem is that days after prom, she can’t stop thinking about her fill-in boyfriend. But can Gia turn her fake boyfriend into a real one without exposing her lie and possibly destroying her friendships and her newfound relationship?

Smartly observed and wonderfully romantic, Kasie West’s talent shines in this tale of one girl’s unexpected quest to find love…and possibly herself.” 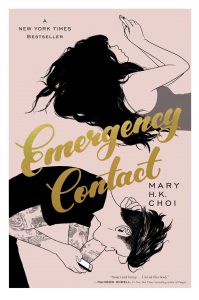 “For Penny Lee high school was a total nonevent. Her friends were okay, her grades were fine, and while she somehow managed to land a boyfriend, he doesn’t actually know anything about her. When Penny heads to college in Austin, Texas, to learn how to become a writer, it’s seventy-nine miles and a zillion light years away from everything she can’t wait to leave behind.

Sam’s stuck. Literally, figuratively, emotionally, financially. He works at a café and sleeps there too, on a mattress on the floor of an empty storage room upstairs. He knows that this is the god-awful chapter of his life that will serve as inspiration for when he’s a famous movie director but right this second the seventeen bucks in his checking account and his dying laptop are really testing him.

When Sam and Penny cross paths it’s less meet-cute and more a collision of unbearable awkwardness. Still, they swap numbers and stay in touch—via text—and soon become digitally inseparable, sharing their deepest anxieties and secret dreams without the humiliating weirdness of having to see each other.” 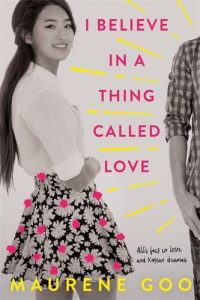 I Believe In a Thing Called Love – Maurene Goo

“Desi Lee believes anything is possible if you have a plan. That’s how she became student body president. Varsity soccer star. And it’s how she’ll get into Stanford. But she’s never had a boyfriend. In fact, she’s a disaster at romance, a clumsy, stammering humiliation magnet whose botched attempts at flirting have become legendary with her friends. So when the hottest human specimen to have ever lived walks into her life one day, Desi finds guidance in the Korean dramas her father has been obsessively watching for years―where the hapless heroine always seems to end up in the arms of her true love by episode ten. It’s a simple formula, and Desi is a quick study. Armed with her “K Drama Steps to True Love,” Desi goes after the moody, elusive artist Luca Drakos―and boat rescues, love triangles, and staged car crashes ensue. But when the fun and games turn to true feels, Desi finds out that real love is about way more than just drama.” 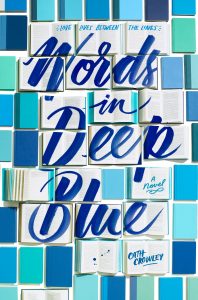 “Years ago, Rachel had a crush on Henry Jones. The day before she moved away, she tucked a love letter into his favorite book in his family’s bookshop. She waited. But Henry never came.

Now Rachel has returned to the city—and to the bookshop—to work alongside the boy she’d rather not see, if at all possible, for the rest of her life. But Rachel needs the distraction. Her brother drowned months ago, and she can’t feel anything anymore.

As Henry and Rachel work side by side—surrounded by books, watching love stories unfold, exchanging letters between the pages—they find hope in each other. Because life may be uncontrollable, even unbearable sometimes. But it’s possible that words, and love, and second chances are enough.” 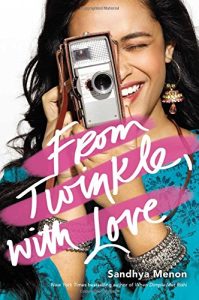 From Twinkle, With Love – Sandhya Menon

“Aspiring filmmaker and wallflower Twinkle Mehra has stories she wants to tell and universes she wants to explore, if only the world would listen. So when fellow film geek Sahil Roy approaches her to direct a movie for the upcoming Summer Festival, Twinkle is all over it. The chance to publicly showcase her voice as a director? Dream come true. The fact that it gets her closer to her longtime crush, Neil Roy—a.k.a. Sahil’s twin brother? Dream come true x 2.

When mystery man “N” begins emailing her, Twinkle is sure it’s Neil, finally ready to begin their happily-ever-after. The only slightly inconvenient problem is that, in the course of movie-making, she’s fallen madly in love with the irresistibly adorkable Sahil.

Twinkle soon realizes that resistance is futile: The romance she’s got is not the one she’s scripted. But will it be enough?” 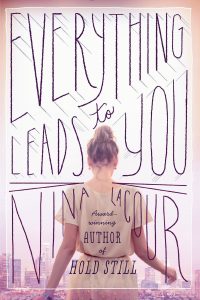 Everything Leads to You – Nina LaCour

“Just out of high school, Emi Price is a talented young set designer already beginning to thrive in the L.A. film scene. But her artistic eye has failed her in one key area: helping her to design a love life that’s more than make-believe. Then she finds a mysterious letter at an estate sale, and it sends her chasing down the loose ends of a movie icon’s hidden life. And along the way, she finds Ava, and at long last, Emi’s own hidden life begins to bloom.” 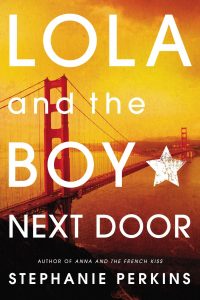 Lola and the Boy Next Door – Stephanie Perkins

“Budding designer Lola Nolan doesn’t believe in fashion . . . she believes in costume. The more expressive the outfit—the more sparkly, more fun, more wild—the better. And life is pretty close to perfect in Lola’s world, especially with her hot rocker boyfriend. That is, until the dreaded Bell twins, Calliope and Cricket, return to the neighborhood and unearth a past of hurt and anguish that Lola thought was long buried. When talented inventor Cricket steps out from his twin sister’s shadow and back into Lola’s life, she must finally reconcile a lifetime of feelings for the boy nextdoor.”

If you haven’t already read the books—or if nothing but Peter Kavinsky himself will do—there’s always the trilogy that started it all.