The Royal Exchange of London was based loosely on a similar institution in Antwerp, one of England’s main trading partners, and was intended for the trading of goods. Initially stockbrokers were not allowed to trade there and had to use local coffee houses and pubs. Land is sat on was provided by the city of London and the Mercer’s Guild and was largely the idea of Thomas Gresham. The building burnt down twice. Once during the Great Fire of London in 1666 and again in 1838. 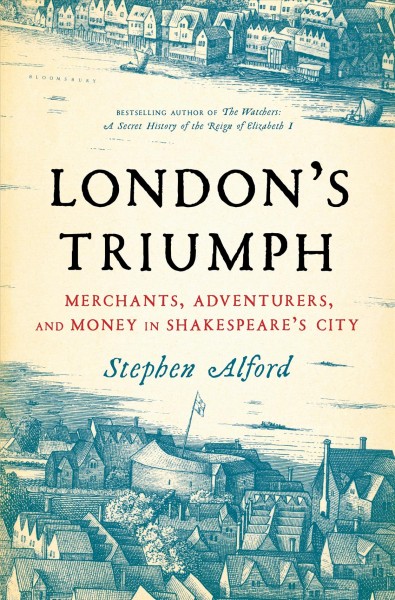 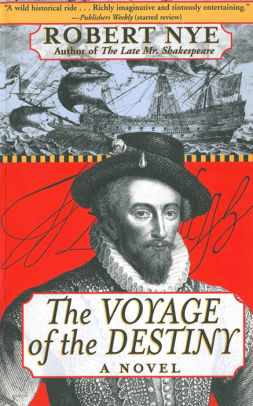 Stephen Alford’s evocative, original new book uses the same skills that made his widely-praised The Watchers so successful, bringing to life the network of merchants, visionaries, crooks, and sailors who changed London and England forever. In an explosion of energy, English ships were suddenly found all over the world–trading with Russia and the Levant, exploring Virginia and the Arctic, and fanning out across the Indian Ocean. The people who made this possible–the families, the guild members, the money-men who were willing to risk huge sums and sometimes their own lives in pursuit of the rare, exotic, and desirable–are as interesting as any of those at court. Their ambitions fueled a new view of the world–initiating a long era of trade and empire, the consequences of which still resonate today.

The Voyage of the Destiny by Robert Nye

Sir Walter Raleigh-soldier, explorer, adventurer, lover of Queen Elizabeth-emerges from the pages of history and myth, full-blooded, passionate, and profoundly human. After unjustly languishing for years in the Tower, Raleigh undertakes one final voyage in search of gold. On his doomed quest he contends with Spanish forces, mutiny, pirates, court intrigue, and disease, all under the shadow of the executioner’s blade awaiting him back home. Along the way, he also recounts his storied rise from humble origins into the Virgin Queen’s favor and court-and ultimately her bed. This powerful and action packed novel breathes life into the most dazzling yet most enigmatic of Elizabethans. 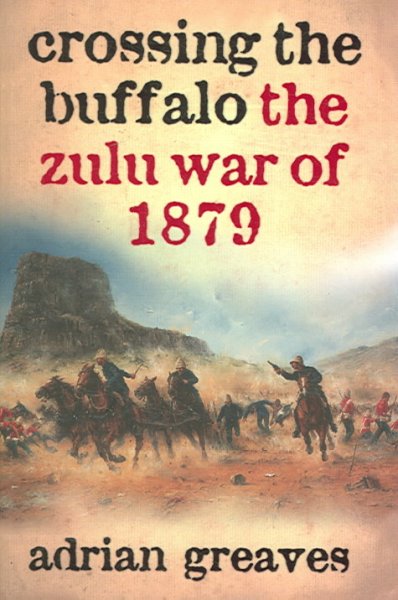 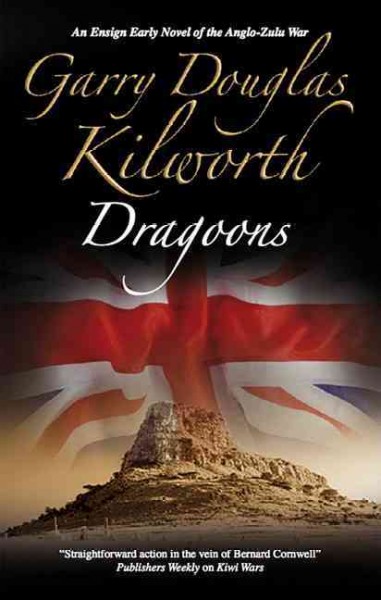 Crossing the Buffalo: The Zulu War of 1879 by Adrian Greaves

This book is not only a complete history of the Zulus but also an account of the way the British won absolute rule in South Africa. In the early decades of the nineteenth century, Shaka Zulu established a nation in south-east Africa which was to become the most politically sophisticated and militarily powerful black nation in the entire area. Although the Zulus never had any quarrel with their British neighbours, the rulers of the Cape Colony could not conceive of them as anything but a threat. In 1879, under dubious pretences, the British finally crossed the Buffalo River, and embarked on a bloody war that was to rock the very foundations of the British Empire. The story is studded with tales of incredible heroism, drama and atrocity on both sides: the Battle of Isandlwana, where the Zulus inflicted on the British the worst defeat a modern army has ever suffered at the hands of men without guns; Rorke’s Drift, where a handful of British troops beat off thousands of Zulu warriors and won a record 11 VCs; and Ulundi, where the Zulus were finally crushed in a battle that was to herald some of the most shameful episodes in British Colonial history.Comprehensive, vast in scope, and filled with original and up-to-date research, this is a book that is set to replace all standard works on the subject.

An Ensign Early novel of the Anglo-Zulu War – South Africa, May 1879. Ensign Early of the 24th Foot division is only just warming to his role as the Provost-Marshal in the British army encampment at Landman s Drift when an unidentified body turns up, and forces him to embrace his new position of power in order to solve the mystery. Early quickly discovers that the body is that of a lieutenant, who met his end during an illegal duel. His death should be treated as manslaughter or worse, but with the gentleman s code still strong among the offices, how will Early catch the killer before the Zulu s attack?

Rabaul is the major port on the Island of New Britain off of New Guinea. In 1942 Japanese forces overwhelmed the Australian garrison on New Britain and its neighboring island New Ireland. The Japanese then proceeded to invade New Guinea itself using Rabaul as their major staging area. 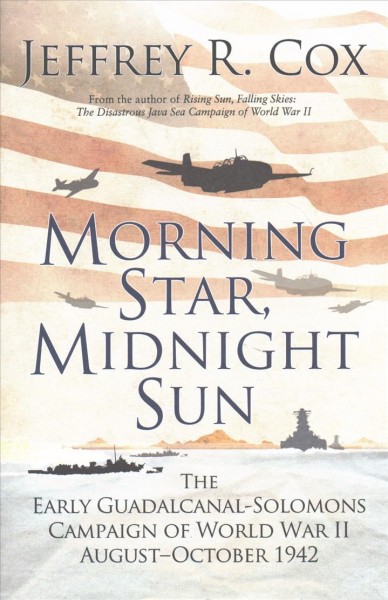 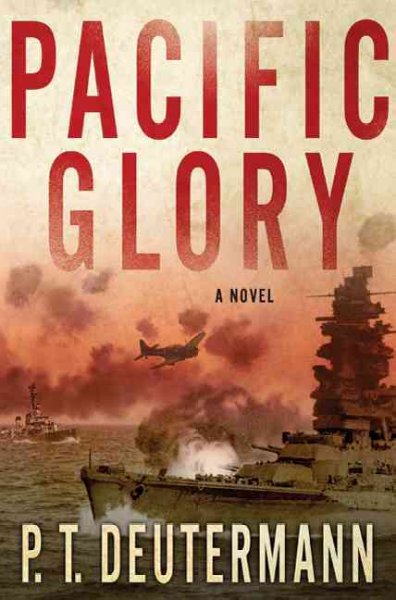 Following the disastrous Java Sea campaign, the Allies went on the offensive in the Pacific in a desperate attempt to halt the Japanese forces that were rampaging across the region. With the conquest of Australia a very real possibility, the stakes were high. Their target: the Japanese-held Soloman Islands, in particular the southern island of Guadalcanal. Hamstrung by arcane pre-war thinking and a bureaucratic mind-set, the US Navy had to adapt on the fly in order to compete with the mighty Imperial Japanese Navy, whose ingenuity and creativity thus far had fostered the creation of its Pacific empire. Starting with the amphibious assault on Savo Island, the campaign turned into an attritional struggle where the evenly matched foes sought to grind out a victory.

Marsh, Mick, and Tommy were inseparable friends during their naval academy years, each man desperately in love with the beautiful, unattainable Glory Hawthorne. Graduation set them on separate paths into the military, but they were all forever changed during the Pearl Harbor attack on December 7, 1941. Glory, now Tommy’s widow, is a tough Navy nurse still grieving her loss while trying to save lives. Marsh, a surface ship officer, finds himself in the thick of terrifying sea combat from Guadalcanal through Midway to a climactic showdown at Leyte Gulf. And Mick, a hotshot fighter pilot with a drinking problem and a chip on his shoulder, seeks redemption after a series of failures leaves him grounded.

1964 Twenty-fourth Amendment to the United States Constitution Is Ratified

The 24th Amendment prohibits making voting rights conditional on paying a tax. At the end of reconstruction in 1877 southern states instituted poll taxes as a way of preventing African Americans from voting. Poll taxes were declared legal in the 1937 court decision Breedlove v. Suttles. The amendment was proposed in 1962 and when it was ratified there were 5 states that still had poll taxes 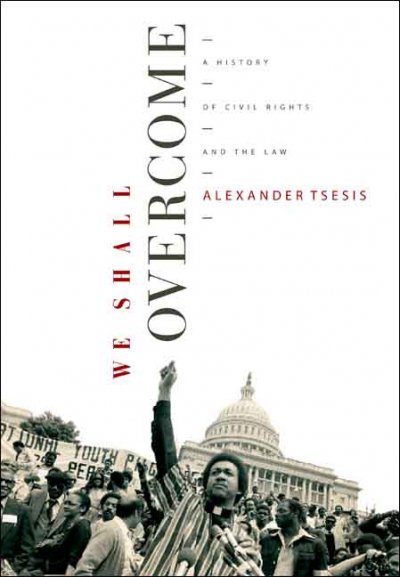 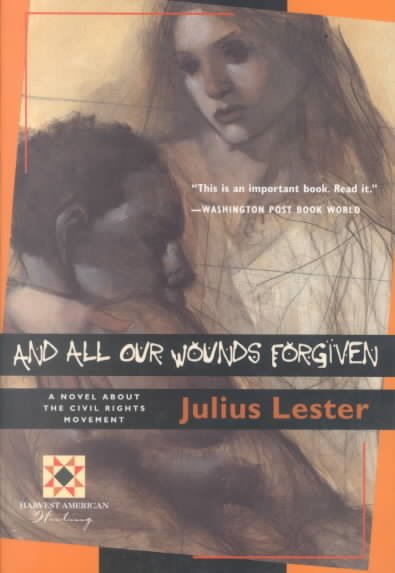 We Shall Overcome: A History of Civil Rights and the Law by Alexander Tsesis

Despite America’s commitment to civil rights from the earliest days of nationhood, examples of injustices against minorities stain many pages of U.S. history. The battle for racial, ethnic, and gender fairness remains unfinished. This comprehensive book traces the history of legal efforts to achieve civil rights for all Americans, beginning with the years leading up to the Revolution and continuing to our own times. The historical adventure Alexander Tsesis recounts is filled with fascinating events, with real change and disappointing compromise, and with courageous individuals and organizations committed to ending injustice.

And All Our Wounds Forgiven by Julius Lester

When John Calvin Marshall graduated from Harvard in 1956 with a Ph.D. in philosophy, he was prepared for a life of teaching and relative tranquility. But History had another plan for him: in the nascent civil rights movement of the 1960s, he became first a spokesman, then a leader, and finally a shining symbol of the new generation of blacks who were demanding their full rights as citizens. And All Our Wounds Forgiven is the story of John Calvin Marshall’s brief, turbulent, charismatic life, which ended, perhaps inevitably, in assassination. The novel is told in four alternating voices: that of John Calvin Marshall’s wife, Andrea; of Lisa Adams, the young white woman who as a student at Fisk University first heard Marshall speak and fell under his spell, later becoming his trusted aide and passionate mistress; of Bobby Card, a black civil rights leader operating in the heart of darkness – the Deep South of the 1960s – as Marshall’s chief lieutenant in the field; and finally, of Marshall himself. There are, too, leading figures of the time – Presidents John F. Kennedy and Lyndon Johnson, J. Edgar Hoover, Malcolm X – whose meetings and conversations with Marshall add insights and historical perspective to the unfolding events.