However long ago it was that I first came across word of Samantha Shannon’s The Priory of the Orange Tree, it was right then I determined to read it immediately upon its release (Feb 26, for the curious). With less than a week to go, Shannon has an essay up on Boundless that looks at the legend of Saint George and the Dragon, a tale she meant to reshape in the pages of Priory. 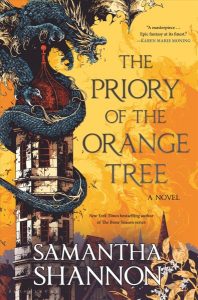 “The House of Berethnet has ruled Inys for a thousand years. Still unwed, Queen Sabran the Ninth must conceive a daughter to protect her realm from destruction–but assassins are getting closer to her door.

Ead Duryan is an outsider at court. Though she has risen to the position of lady-in-waiting, she is loyal to a hidden society of mages. Ead keeps a watchful eye on Sabran, secretly protecting her with forbidden magic.

Across the dark sea, Tané has trained all her life to be a dragonrider, but is forced to make a choice that could see her life unravel.

Meanwhile, the divided East and West refuse to parley, and forces of chaos are rising from their sleep.”

The Paris Review excerpted Notes From a Black Woman’s Diary: Selected Works of Kathleen Collins, and I knew in short order that it was a book I needed in my life. 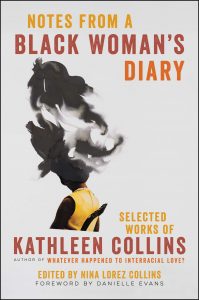 “Relatively unknown during her life, the artist, filmmaker, and writer Kathleen Collins emerged on the literary scene in 2016 with the posthumous publication of the short story collection Whatever Happened to Interracial Love? Said Zadie Smith, “To be this good and yet to be ignored is shameful, but her rediscovery is a great piece of luck for us.”

That rediscovery continues in Notes from a Black Woman’s Diary, which spans genres to reveal the breadth and depth of the late author’s talent. The compilation is anchored by more of Collins’s short stories, which, striking and powerful in their brevity, reveal the ways in which relationships are both formed and come undone. Also collected here is the work Collins wrote for the screen and stage: the screenplay of her film Losing Ground, in which a professor discovers that the student film she’s agreed to act in has uncomfortable parallels to her own life; and the script for The Brothers, a play about the potent effects of sexism and racism on a midcentury middle-class black family. And finally, it is in Collins’s raw and prescient diaries that her nascent ideas about race, gender, marriage, and motherhood first play out on the page.

Kathleen Collins’s writing brings to life vibrant characters whose quotidian concerns powerfully illuminate the particular joys, challenges, and heartbreaks rendered by the African-American experience. By turns empowering, exuberant, sexy, and poignant, Notes from a Black Woman’s Diary is a brilliant compendium of an inimitable talent, and a rich portrait of a writer hard at work.”

I had encountered J.C. Leyendecker’s work prior to reading this essay, “Hiding Homosexuality on the Cover of America’s Magazines a Century Ago,” but after reading it I went looking for a biography or another book/article about the artist and his work. Enter J.C. Leyendecker: American Imagist (available through interlibrary loan). 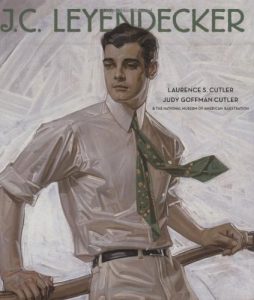 “One of the most prolific and successful artists of the Golden Age of American Illustration, J. C. Leyendecker captivated audiences throughout the first half of the 20th century. Leyendecker is best known for his creation of the archetype of the fashionable American male with his advertisements for Arrow Collar. These images sold to an eager public the idea of a glamorous lifestyle, the bedrock upon which modern advertising was built. He also was the creator instantly recognizable icons, such as the New Year’s baby and Santa Claus, that are to this day an integral part of the lexicon of Americana and was commissioned to paint more Saturday Evening Post covers than any other artist. Leyendecker lived for most of his adult life with Charles Beach, the Arrow Collar Man, on whom the stylish men in his artwork were modeled. The first book about the artist in more than 30 years, J. C. Leyendecker features his masterworks, rare paintings, studies, and other artwork, including the 322 covers he did for the Post. With a revealing text that delves into both his artistic evolution and personal life, J. C. Leyendecker restores this iconic image maker’s rightful position in the pantheon of great American artists.”