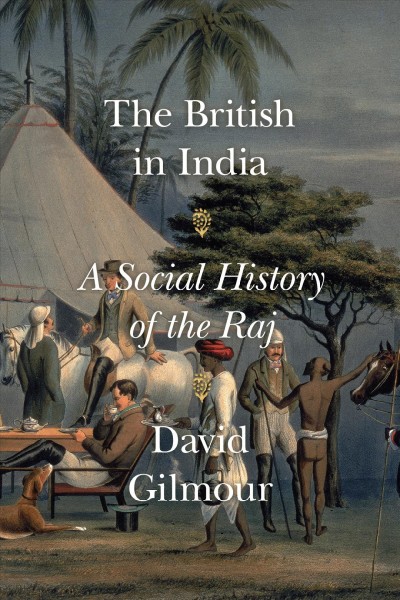 I tend to think of myself as an ambidextrous history buff. They say that history buffs either like big sweeping histories of political events and wars or they like the from the ground up histories of down trodden and, typically, unseen figures in history. I like both and I think that is in large part why I liked The British in India. This book is a classic Social History. It deals with the daily lives of great and small Britons over a nearly 350 year period and tries to draw conclusions from those experiences. The only thing they all have in common is that they were in India and were English.

The focus of this book is on why individuals and how they lived once they got there. Not surprisingly that is quite divers and changes a lot over time. There are wastrel gentry going off to India to try to rebuild fortunes lost at gambling. Their are female doctors who went out in the 19th century because the job prospects for professional women were marginally better in India. There was even one guy who took a post in the Indian civil service because he wanted to raise a prize pack of hunting dogs and thought that India would be the best place to do it.

That is what is amazing about this book. We tend to have a very static view of the Englishman in India. The upper class snob making money on the backs of subjugated Indians. There were plenty of those but there were also all manner of others. Shop girls, lighthouse keepers, cops, teachers, soldiers and every imaginable artisan and civil servant. All living their lives on the subcontinent.

This is an exceptionally well written book. The writing stile is easy going and the author keeps it interesting with fascinating and largely unknown narratives of individuals. Where I think readers might have a hard time is if they don’t already have a sense of Indian history. He doesn’t waste time telling the history of India, so if you don’t know what happened at Lucknow in 1857 that’s your problem. Also this is a history of India in which Indians are often absent. They only exist in as much as they come in contact with the English and there weren’t that many English in India even at the height of the Raj. That means the vast majority of the Indian population are missing from this book. However if you can except that this is a history tightly focused on the lives of the English in India it will be a very enjoyable read.