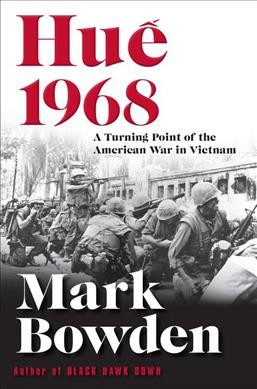 When I was in college I worked in a meat packing plant. There was a little old Vietnamese lady who worked on the same line as I did doing odd jobs. One day in February she handed me an ornate red envelope. Inside the envelope was a two dollar bill. I looked at her rather puzzled and she threw her hands in the air and shouted “Happy New Year!” and wandered off. I just stood there perplexed then one of the other Vietnamese who worked on the same like said “Its Tet the lunar New Year.” Thus was my first exposure to the one Vietnamese holiday that resonates with at least some Americans. A year or so later I took a history course on the Vietnam war and found out about the Tet Offensive. The Tet Offnsive was the all out push by the North Vietnamese Army and their Vietcong alies in South Vietnam to spark a general uprising against the South Vietnamese government and the Untied States. It was marked by fighting in all the major cities in South Vietnam. However the only place where it was remotely successful was the old royal city of Hue. Mark Bowden’s Hue 1968 is the story of why Hue became the central battlefield of the Tet Offensive and how that changed the war in Vietnam for Americans from one about winning to one about getting out.

The American military had been in Vietnam since the early 1960s. After years of fighting we were on the verge of declaring victory. General William Westmoreland (the commanding General in Vietnam) and President Johnson and his administration were talking about “the light at the end of the tunnel.” Then Tet happened. The NVA had been building up forces throughout South Vietnam using attacks on the Marine base at Khe Sanh as a diversion. When the attacks were launched it came as a complete surprise to the Americans. They still managed to beat off all the attacks everywhere but Hue. Hue had been the royal capital of Vietnam prior to the creation of North and South Vietnam in the mid 1950s. The symbolism of the place was significant  and the NVA invested a lot of resources to take it. Take it they did at one point there were only two pockets of resistance to them. The American army compound and the South Vietnamese army compound. Response by the Americans was slow since it took them awhile to realize what was happening. The NVA had never attacked in such large numbers in such an urban environment. It would take the better part of a month to dislodge them from the city. Although the Tet Offensive was both tactically and strategically a substantial defeat for North Vietnam it severely discredited both Johnson and Westmoreland who had been claiming victory was just around the corner. Bowden argues that from this point on the discussion was not about how to win in Vietnam but how to get out.

I really enjoyed this book. Its fast paced and focuses on the experience of soldiers from all levels of the military. It also has perspectives from North Vietnamese Army troops and Viet Cong guerrillas. I will say that there are so many voices in this book that sometimes you can lose track of who is saying and doing what.