A patron recently returned the two books below and said: “These were both really good.” 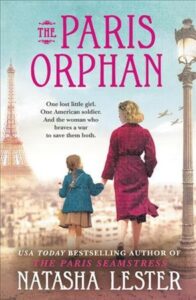 “New York City/Paris, 1942: When American model Jessica May arrives in Europe to cover the war as a photojournalist for Vogue, most of the soldiers are determined to make her life as difficult as possible. But three friendships change that. Journalist Martha Gellhorn encourages Jess to bend the rules. Captain Dan Hallworth keeps her safe in dangerous places so she can capture the stories that truly matter. And most important of all, the love of a little orphan named Victorine gives Jess strength to do the impossible. But her success will come at a price…
France, 2005: Decades after World War II, D’Arcy Hallworth arrives at a beautiful chateau to curate a collection of famous wartime photos by a reclusive artist. It’s the opportunity of a lifetime, but D’Arcy has no idea that this job will uncover decades of secrets that, once revealed, will change everything she thought she knew about her mother, Victorine, and alter D’Arcy’s life forever.” 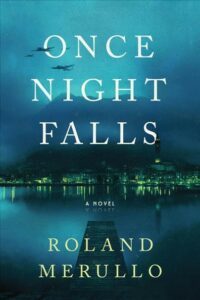 “Italy, 1943. Luca Benedetto has joined the partisans in their fight against the German troops ravaging the shores of his town on Lake Como. While risking his life to free his country, Luca is also struggling to protect Sarah, his Jewish lover who’s hiding in a mountain cabin. As the violent Nazi occupation intensifies, Luca and Sarah fear for more than their own lives.

In the heart of their village, their mothers have also found themselves vulnerable to the encroaching Nazis. But Luca’s mother, undeterred, is devising her own revenge on the occupiers. With Mussolini deposed and Allied armies fighting their way up the peninsula, the fate of Italy hangs in the balance, and the people of Lake Como must decide how much they’re prepared to sacrifice for family, friends, and the country they love.”