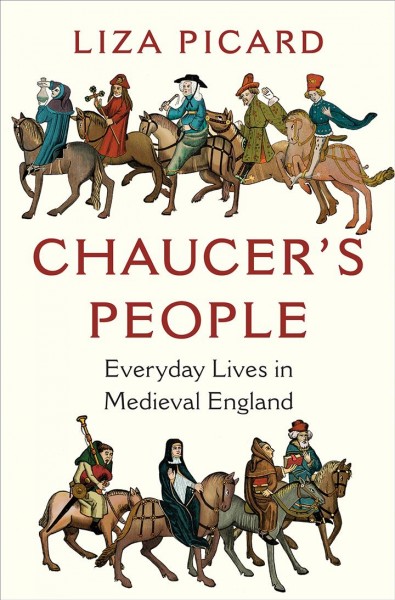 I, like many kids, was forced to read Canterbury Tales when I was in High School. Most of it flew right over my head and asking the teacher didn’t help much. For example what is a Franklin anyway? Liza Picard’s Chaucer’s People is the book I wish I had way back then.

Picard takes the characters of the Canterbury Tales and uses them as a jumping off point to talk about Medieval English life. She uses the Miller as a means to looking not only how medieval mills worked but how they impacted daily life. The Wife of Bath is used as a winding into the role of pilgrimage. the Reeve to talk about life on the Manor and the law courts since the Reeve in the story was also a kind of justice of the peace.

And what about Franklins? Yep he’s in there too. They are a group of individual who owns their land outright without feudal dues. Most people who have land in medieval England don’t technically own it (unless you are the king). They are given it, live on it and get the products of the labor done by the peasants on it but they only have it from the lord above them in exchange to their service (usually in the form of military service or later cash) to that lord. A Franklin exists outside that system in that he just owns his land. This may seem like a good thing given that he doesn’t have to go off and fight in a lord’s harebrained wars but it basically puts him outside the feudal network that everything is done in. Anytime he is in trouble and needs something he is on his own. If a knight needs something he can at least in theory go to the lord that granted him the land and ask for help.