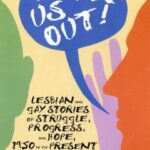 Hear Us Out by Nancy Garden

Nancy Garden, author of popular LGBTQ+ book Annie on My Mind set out in Hear Us Out! to bring life to the history and struggles behind the LGBTQ+ community. In this non-fiction book, Garden weaves together two tales, one from the 1950’s and one from the 2000’s, both of which are accompanied by essays which focus on the political issues of the time. This book is a great read for anyone who is hoping to learn more about the plights of the LGBTQ+ community as they fought for equality over the last few decades. According to Kirkus Reviews, “Some of the stories center on big political issues of the decade; in the ’70s, Catholic teen Teresa feels she’s crazy until she hears on the news that the APA has taken homosexuality off its list of mental disorders. Others focus on more personal issues; in the ’80s, Josh and Frank lose an adult friend to AIDS,” making this book a read that is both emotional and informational. || Print 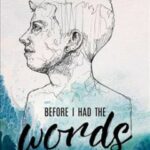 Before I Had the Words by Skylar Kergil

Skylar Kergil posted his first video on Youtube when he was seventeen and beginning his physical transition from female to male. Over the years he recorded update videos about the changes he was going through and what he was experiencing. Before I Had the Words is the novel of Skylar’s life before the videos and what happened behind the scenes. It follows him through childhood and adolescence, all while Skylar reflects on what it meant to understand his gender. The book is both humorous and heartbreaking, while remaining informative and informational. It is worth reading in order to better understand the struggle of what it means for a transgender person transition into their new life. || Print, E-book 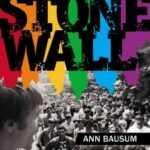 Stonewall: Breaking Out in the Fight for Gay Rights by Ann Bausum

In 1969 being gay in the United States was a criminal offense. It meant living a closeted life or surviving on the fringes of society. People went to jail, lost jobs, and were disowned by their families for being gay. Most doctors considered homosexuality a mental illness. There were few safe havens. The Stonewall Inn, a Mafia-run, filthy, overpriced bar in New York City’s Greenwich Village, was one of them. Ann Bausum has taken the history of what happened at Stonewall, and has turned it into a novel capable of making anyone in the LGBTQIA+ community feel pride. || Print, E-book