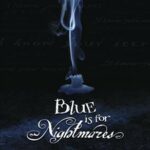 Blue is for Nightmares by Laurie Faria Stolarz

Boarding school junior Stacey Brown has nightmares too real to ignore.  Her nightmares come true. This time they’re about Drea, her best friend who’s become the target of one seriously psycho stalker. To  try and protect her, Stacey’s working with what she knows-candles, cards, incantations, and spells…” 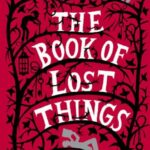 The Book of Lost Things by John Connolly

“High in his attic bedroom, twelve-year-old David mourns the death of his mother, with only the books on his shelf for company. But those books have begun to whisper to him in the darkness. Angry and alone, he takes refuge in his imagination and soon finds that reality and fantasy have begun to meld. While his family falls apart around him, David is violently propelled into a world that is a strange reflection of his own — populated by heroes and monsters and ruled by a faded king who keeps his secrets in a mysterious book, The Book of Lost Things.” 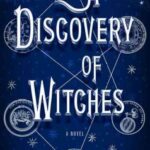 A Discovery of Witches by Deborah Harkness

“Deep in the stacks of Oxford’s Bodleian Library, young scholar Diana Bishop unwittingly calls up a bewitched alchemical manuscript in the course of her research. Descended from an old and distinguished line of witches, Diana wants nothing to do with sorcery; so after a furtive glance and a few notes, she banishes the book to the stacks. But her discovery sets a fantastical underworld stirring, and a horde of daemons, witches, and vampires soon descends upon the library. Diana has stumbled upon a coveted treasure lost for centuries-and she is the only creature who can break its spell.” 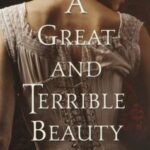 “It’s 1895, and after the suicide of her mother, 16-year-old Gemma Doyle is shipped off from the life she knows in India to Spence, a proper boarding school in England. Lonely, guilt-ridden, and prone to visions of the future that have an uncomfortable habit of coming true, Gemma’s reception there is a chilly one. To make things worse, she’s been followed by a mysterious young Indian man, a man sent to watch her. But why? What is her destiny? And what will her entanglement with Spence’s most powerful girls—and their foray into the spiritual world—lead to?” 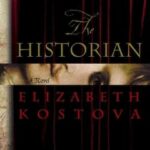 The Historian by Elizabeth Kostova

“Late one night, exploring her father’s library, a young woman finds an ancient book and a cache of yellowing letters addressed ominously to “My dear and unfortunate successor”. Her discovery plunges her into a world she never dreamed of – a labyrinth where the secrets of her father’s past and her mother’s mysterious fate connect to an evil hidden in the depths of history.” 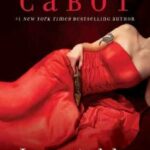 “Sick of hearing about vampires? So is Meena Harper.

But her bosses are making her write about them anyway, even though Meena doesn’t believe in them. Not that Meena isn’t familiar with the supernatural. See, Meena Harper knows how you’re going to die. (Not that you’re going to believe her; no one ever does.) But not even Meena’s precognition can prepare her for what happens when she meets—then makes the mistake of falling in love with—Lucien Antonescu, a modern-day prince with a bit of a dark side. It’s a dark side a lot of people, like an ancient society of vampire-hunters, would prefer to see him dead for. The problem is, Lucien’s already dead. Maybe that’s why he’s the first guy Meena’s ever met that she could see herself having a future with. See, while Meena’s always been able to see everyone else’s future, she’s never been able look into her own. And while Lucien seems like everything Meena has ever dreamed of in a boyfriend, he might turn out to be more like a nightmare. Now might be a good time for Meena to start learning to predict her own future . . .

If she even has one.” 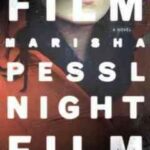 “On a damp October night, 24-year-old Ashley Cordova is found dead in an abandoned warehouse in lower Manhattan. Though her death is ruled a suicide, veteran investigative journalist Scott McGrath suspects otherwise. As he probes the strange circumstances surrounding Ashley’s life and death, McGrath comes face-to-face with the legacy of her father: the legendary, reclusive cult-horror film director Stanislaus Cordova–a man who hasn’t been seen in public for more than thirty years.

For McGrath, another death connected to this seemingly cursed family dynasty seems more than just a coincidence. Though much has been written about Cordova’s dark and unsettling films, very little is known about the man himself.

Driven by revenge, curiosity, and a need for the truth, McGrath, with the aid of two strangers, is drawn deeper and deeper into Cordova’s eerie, hypnotic world. The last time he got close to exposing the director, McGrath lost his marriage and his career. This time he might lose even more.” 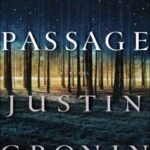 The Passage by Justin Cronin

“First, the unthinkable: a security breach at a secret U.S. government facility unleashes the monstrous product of a chilling military experiment. Then, the unspeakable: a night of chaos and carnage gives way to sunrise on a nation, and ultimately a world, forever altered. All that remains for the stunned survivors is the long fight ahead and a future ruled by fear–of darkness, of death, of a fate far worse.

As civilization swiftly crumbles into a primal landscape of predators and prey, two people flee in search of sanctuary. FBI agent Brad Wolgast is a good man haunted by what he’s done in the line of duty. Six-year-old orphan Amy Harper Bellafonte is a refugee from the doomed scientific project that has triggered apocalypse. Wolgast is determined to protect her from the horror set loose by her captors, but for Amy, escaping the bloody fallout is only the beginning of a much longer odyssey–spanning miles and decades–toward the time an place where she must finish what should never have begun.” 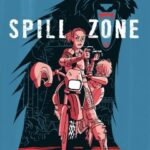 “Nobody’s ever really explained the Spill. Was it an angelic visitation? A nanotech accident? A porthole opening from another world? Whatever it was, no one’s allowed in the Spill Zone these days except government scientists and hazmat teams. But a few intrepid explorers know how to sneak through the patrols and steer clear of the dangers inside the Zone. Addison Merrick is one such explorer, dedicated to finding out what happened that night and to unraveling the events that took her parents and left her little sister mute and disconnected from the world.” 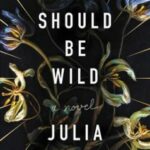 What Should Be Wild by Julia Fine (Rachel’s review)

“Cursed. Maisie Cothay has never known the feel of human flesh: born with the power to kill or resurrect at her slightest touch, she has spent her childhood sequestered in her family’s manor at the edge of a mysterious forest. Maisie’s father, an anthropologist who sees her as more experiment than daughter, has warned Maisie not to venture into the wood. Locals talk of men disappearing within, emerging with addled minds and strange stories. What he does not tell Maisie is that for over a millennium her female ancestors have also vanished into the wood, never to emerge—for she is descended from a long line of cursed women.

But one day Maisie’s father disappears, and Maisie must venture beyond the walls of her carefully constructed life to find him. Away from her home and the wood for the very first time, she encounters a strange world filled with wonder and deception. Yet the farther she strays, the more the wood calls her home. For only there can Maisie finally reckon with her power and come to understand the wildest parts of herself.” 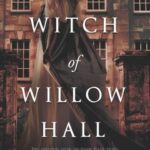 The Witch of Willow Hall by Hester Fox

“Two centuries after the Salem witch trials, there’s still one witch left in Massachusetts. But she doesn’t even know it.

Take this as a warning: if you are not able or willing to control yourself, it will not only be you who suffers the consequences but those around you, as well.

In the wake of a scandal, the Montrose family and their three daughters—Catherine, Lydia, and Emeline—flee Boston for their new country home, Willow Hall. The estate seems sleepy and idyllic. But a subtle menace creeps into the atmosphere, remnants of a dark history that call to Lydia, and to the youngest, Emeline.

All three daughters will be irrevocably changed by what follows, but none more than Lydia, who must draw on a power she never knew she possessed if she wants to protect those she loves. For Willow Hall’s secrets will rise, in the end…”