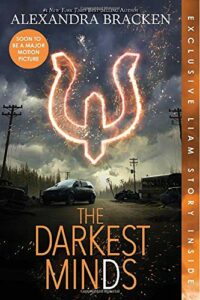 “When Ruby woke up on her tenth birthday, something about her had changed. Something alarming enough to make her parents lock her in the garage and call the police. Something that got her sent to Thurmond, a brutal government “rehabilitation camp.” She might have survived the mysterious disease that killed most of America’s children, but she and the others emerged with something far worse: frightening abilities they cannot control. Now sixteen, Ruby is one of the dangerous ones. But when the truth about Ruby’s abilities—the truth she’s hidden from everyone, even the camp authorities—comes out, Ruby barely escapes Thurmond with her life. On the run, she joins a group of kids who escaped their own camp: Zu, a young girl haunted by her past; Chubs, a standoffish brainiac; and Liam, their fearless leader, who is falling hard for Ruby. But no matter how much she aches for him, Ruby can’t risk getting close. Not after what happened to her parents. While they journey to find the one safe haven left for kids like them—East River—they must evade their determined pursuers, including an organization that will stop at nothing to use Ruby in their fight against the government. But as they get closer to grasping the things they’ve dreamed of, Ruby will be faced with a terrible choice, one that may mean giving up her only chance at a life worth living.” 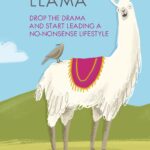 “Tense? Worried? Overwhelmed by the modern world? You need to meet Leroy the llama, a beast who knows a thing or two about burden. Leroy leads the alPAC(k)a when it comes to helping people quit the am-dram in favor of living a hassle-free lifestyle. Having been reared on the challenging Argentinian landscape, Leroy is as tough as anything. He can tolerate a harsh environment, but when it comes to the petty troubles of modern living, his patience wears thin. Let Leroy share his sage wisdom and special brand of blunt advice with you, and you’ll soon learn how to cut the crap and live a drama-free existence.” 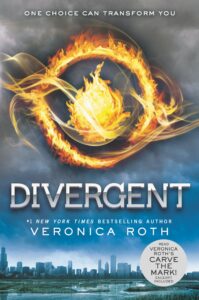 “Perfect for fans of the Hunger Games and Maze Runner series, Divergent and its sequels, Insurgent and Allegiant, are the gripping story of a dystopian world transformed by courage, self-sacrifice, and love. Fans of the Divergent movie will find the book packed with just as much emotional depth and exhilarating action as the film, all told in beautiful, rich language.

One choice can transform you. Beatrice Prior’s society is divided into five factions—Candor (the honest), Abnegation (the selfless), Dauntless (the brave), Amity (the peaceful), and Erudite (the intelligent). Beatrice must choose between staying with her Abnegation family and transferring factions.

Her choice will shock her community and herself. But the newly christened Tris also has a secret, one she’s determined to keep hidden, because in this world, what makes you different makes you dangerous.” 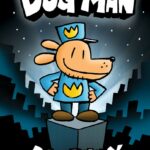 “George and Harold have created a new breed of justice. With the head of a dog and the body of a human, this heroic hound digs into deception, claws after crooks, rolls over robbers, and scampers after squirrels. Will he be able to resist the call of the wild to answer the call of duty?

Dav Pilkey’s wildly popular Dog Man series appeals to readers of all ages and explores universally positive themes, including empathy, kindness, persistence, and the importance of being true to one’s self.” 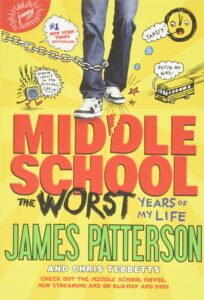 Middle School, The Worst Years of My Life – James Patterson

“Rafe Khatchadorian has enough problems at home without throwing his first year of middle school into the mix. Luckily, he’s got an ace plan for the best year ever: to break every rule in his school’s oppressive Code of Conduct. Chewing gum in class: 5,000 points! Running in the hallway: 10,000 points! Pulling the fire alarm: 50,000 points! But when Rafe’s game starts to catch up with him, he’ll have to decide if winning is all that matters, or if he’s finally ready to face the rules, bullies, and truths he’s been avoiding.

James Patterson’s debut middle-grade novel addresses some of middle schoolers’ biggest issues: bullies, first crushes, and finding out what makes each of us special, all with a hilarious main character and fantastic in-text illustrations that are sure to have young readers begging for more!” 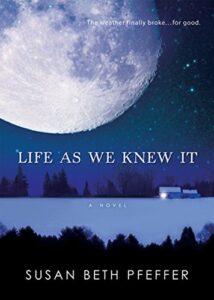 Life as We Knew It – Susan Beth Pfeffer

“I guess I always felt even if the world came to an end, McDonald’s still would be open. Like one marble hitting another, when the moon slams closer to earth, the result is catastrophic. Worldwide tsunamis wipe out the coasts, earthquakes rock the continents, and volcanic ash blocks out the sun.

As August turns dark and wintery in northeastern Pennsylvania, Miranda, her two brothers, and their mother retreat to the unexpected safe haven of their sunroom, where they subsist on stockpiled food and limited water in the warmth of a wood-burning stove.

Told in a year’s worth of journal entries, Life as We Knew It chronicles the human struggle to hold on to the most important resource of all—hope—in an increasingly desperate and unfamiliar world.”