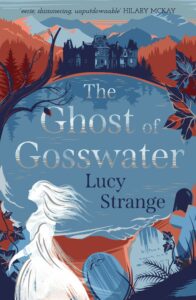 The Ghost of Gosswater – Lucy Strange

The Earl is dead and cruel Cousin Clarence has inherited everything. Twelve-year-old Lady Agatha Asquith is cast out of Gosswater Hall to live in a tiny, tumbledown cottage with a stranger who claims to be her father.

Aggie is determined to discover her real identity, but she is not alone on her quest for the truth. On the last day of the year, when the clock strikes midnight, a mysterious girl of light creeps through the crack in time; she will not rest until the dark, terrible secrets of the past have been revealed …”

M’s note: I am a big fan of Lucy Strange’s sophomore novel, Our Castle By the Sea, and can’t wait to dig into this new one. 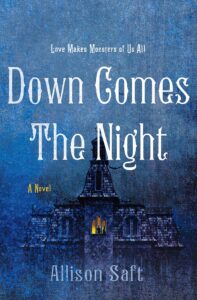 Down Comes the Night – Allison Saft

“Wren Southerland’s reckless use of magic has cost her everything: she’s been dismissed from the Queen’s Guard and separated from her best friend―the girl she loves. So when a letter arrives from a reclusive lord, asking Wren to come to his estate, Colwick Hall, to cure his servant from a mysterious illness, she seizes her chance to redeem herself.

The mansion is crumbling, icy winds haunt the caved-in halls, and her eccentric host forbids her from leaving her room after dark. Worse, Wren’s patient isn’t a servant at all but Hal Cavendish, the infamous Reaper of Vesria and her kingdom’s sworn enemy. Hal also came to Colwick Hall for redemption, but the secrets in the estate may lead to both of their deaths.

With sinister forces at work, Wren and Hal realize they’ll have to join together if they have any hope of saving their kingdoms. But as Wren circles closer to the nefarious truth behind Hal’s illness, they realize they have no escape from the monsters within the mansion. All they have is each other, and a startling desire that could be their downfall.” 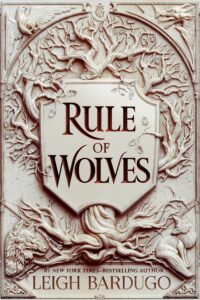 “The Demon King. As Fjerda’s massive army prepares to invade, Nikolai Lantsov will summon every bit of his ingenuity and charm―and even the monster within―to win this fight. But a dark threat looms that cannot be defeated by a young king’s gift for the impossible.

The Stormwitch. Zoya Nazyalensky has lost too much to war. She saw her mentor die and her worst enemy resurrected, and she refuses to bury another friend. Now duty demands she embrace her powers to become the weapon her country needs. No matter the cost.

The Queen of Mourning. Deep undercover, Nina Zenik risks discovery and death as she wages war on Fjerda from inside its capital. But her desire for revenge may cost her country its chance at freedom and Nina the chance to heal her grieving heart.

King. General. Spy. Together they must find a way to forge a future in the darkness. Or watch a nation fall.”

M’s note: As far as my awareness of it extends, Nikolai is not going to feature in the upcoming (April!) Netflix adaptation of Leigh Bardugo’s Grishaverse series. If that really is the case, I’m almost glad of it, because he’s a favorite of mine (who am I kidding? in the world of Ravka and its outskirts, Nikolai is my one and only), and you know how that goes. 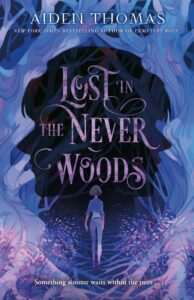 “When children start to go missing in the local woods, a teen girl must face her fears and a past she can’t remember to rescue them in this atmospheric YA novel, Lost in the Never Woods from the author of Cemetery Boys.

It’s been five years since Wendy and her two brothers went missing in the woods, but when the town’s children start to disappear, the questions surrounding her brothers’ mysterious circumstances are brought back into the light. Attempting to flee her past, Wendy almost runs over an unconscious boy lying in the middle of the road…

Peter, a boy she thought lived only in her stories, asks for Wendy’s help to rescue the missing kids. But, in order to find them, Wendy must confront what’s waiting for her in the woods.“

M’s note: Any book that retells Peter Pan or otherwise plays in Neverland is a book I’m going to read. 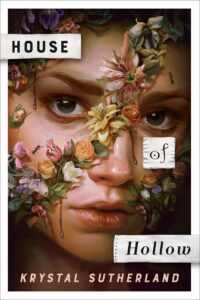 “Iris Hollow and her two older sisters are unquestionably strange. Ever since they disappeared on a suburban street in Scotland as children only to return a month a later with no memory of what happened to them, odd, eerie occurrences seem to follow in their wake. And they’re changing. First, their dark hair turned white. Then, their blue eyes slowly turned black. They have insatiable appetites yet never gain weight. People find them disturbingly intoxicating, unbearably beautiful, and inexplicably dangerous.

But now, ten years later, seventeen-year-old Iris Hollow is doing all she can to fit in and graduate high school on time–something her two famously glamorous globe-trotting older sisters, Grey and Vivi, never managed to do. But when Grey goes missing without a trace, leaving behind bizarre clues as to what might have happened, Iris and Vivi are left to trace her last few days. They aren’t the only ones looking for her though. As they brush against the supernatural they realize that the story they’ve been told about their past is unraveling and the world that returned them seemingly unharmed ten years ago, might just be calling them home.” 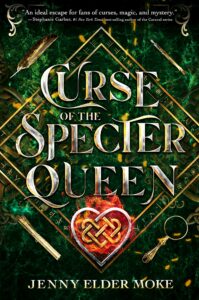 “Samantha Knox put away her childish fantasies of archaeological adventure the day her father didn’t return home from the Great War, retreating to the safety of the antique bookshop where she works. But when a mysterious package arrives with a damaged diary inside, Sam’s peaceful life is obliterated. Ruthless men intent on reclaiming the diary are after Sam, setting her and her best friend, along with her childhood crush, on a high-stakes adventure that lands them in the green hills outside Dublin, Ireland. Here they discover an ancient order with a dark purpose – to perform an occult ritual that will raise the Specter Queen, the Celtic goddess of vengeance and death, to bring about a war unlike any the world has ever seen. To stop them, Sam must solve a deviously complex cipher – one that will lead her on a treasure hunt to discover the ancient relic at the heart of the ritual: a bowl carved from the tree of life. Will she find the bowl and stop the curse of the Specter Queen, or will the ancient order bring about the end of the world?

Indiana Jones gets a refresh with this female-driven mystery adventure, set in the 1920s, full of ciphers, ancient relics, and heart-stopping action – the first in a brand-new series!”