My Friend Anna: The True Story of a Fake Heiress – this book about Anna Delvey (the infamous subject of Inventing 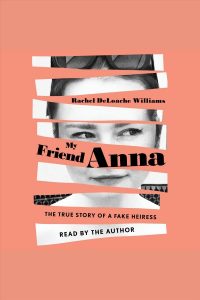 Bad Blood: Secrets and Lies in a Silicon Valley Startup – this book is written by John Carreyrou, a Pulitzer Prize-winning reporter. This nonfiction book reads like a thriller, telling the story of Elizabeth Holmes, one of the biggest corporate frauds in history.

Shoe Dog: A Memoir by the Creator of Nike – written by Nike founder and board chairman Phil Knight, this books tells the story of Nike’s early days and how the company has become one of the world’s most iconic and recognizable, not to mention profitable, brands.

Empire of Pain: The Secret History of the Sackler Dynasty – this is the story of the Sackler family, beginning with three brothers who were all doctors. They survived the poverty of the Great Depression and rampant anti-Semitism, and used their medical knowledge and marketing genius to build a drug manufacturing company. They built a fortune and were ultimately responsible for the creating and supporting the opioid crisis.

to light one of Hollywood’s most powerful and notorious predators. As Farrow uncovered secrets that many people would have preferred to keep quiet, he was the victim of intimidation and attempted blackmail.

Uncanny Valley: A Memoir – this memoir tells the inside story of working for a big-data startup in Silicon Valley, at the time that Silicon Valley’s wealth and power was growing to equal, or outpace, those of Wall Street.

Billion Dollar Whale: The Man Who Fooled Wall Street, Hollywood, and the World – how did a young social climber from Malaysia manage to pull off one of the biggest white collar crimes in history? Jho Low, a graduate of Wharton’s School of Business, siphoned billions of dollars from an investment fund, and used the money to influence elections, buy

luxury real estate, and finance Hollywood Films. This true story reads like a thriller, as Low became an international fugitive.

Liar’s Poker: Rising Through the Wreckage on Wall Street – this is another Wall Street story, but this behind-the-scenes look at Wall Street is not about a criminal. This nonfiction, semi-autobiographical account follows Michael Lewis’ trajectory at the investment firm Salomon Brothers, as he grew from a trainee to a bond salesman in the 1980s.

The Wizard of Lies: Bernie Madoff and the Death of Trust – any list of books about swindlers has to include a Bernie Madoff title. This book is written by New York Times reporter Diana B. Henriques, who led the New York Times coverage of the Madoff scandal since the day the scandal broke. This book tells the story of Bernie Madoff and his Ponzi scheme, with Henriques’ foundation of over one hundred interviews with people with varying degrees of knowledge and perspectives of the scandal.

The Big Short: Inside the Doomsday Machine – another book by Michael Lewis; this one tells the story of the Wall 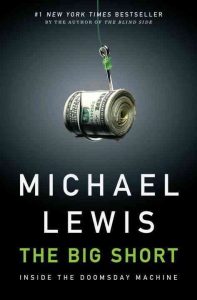 Street crash, beginning with the dark corners of the bond and real estate derivative markets, where fortunes are created at the expense of lower-and middle-class Americans who are hopelessly in debt and can’t pay it off.