If you liked Jen’s recommendation of Watergate: A New History by Garret M. Graf check out her Watergate reading list 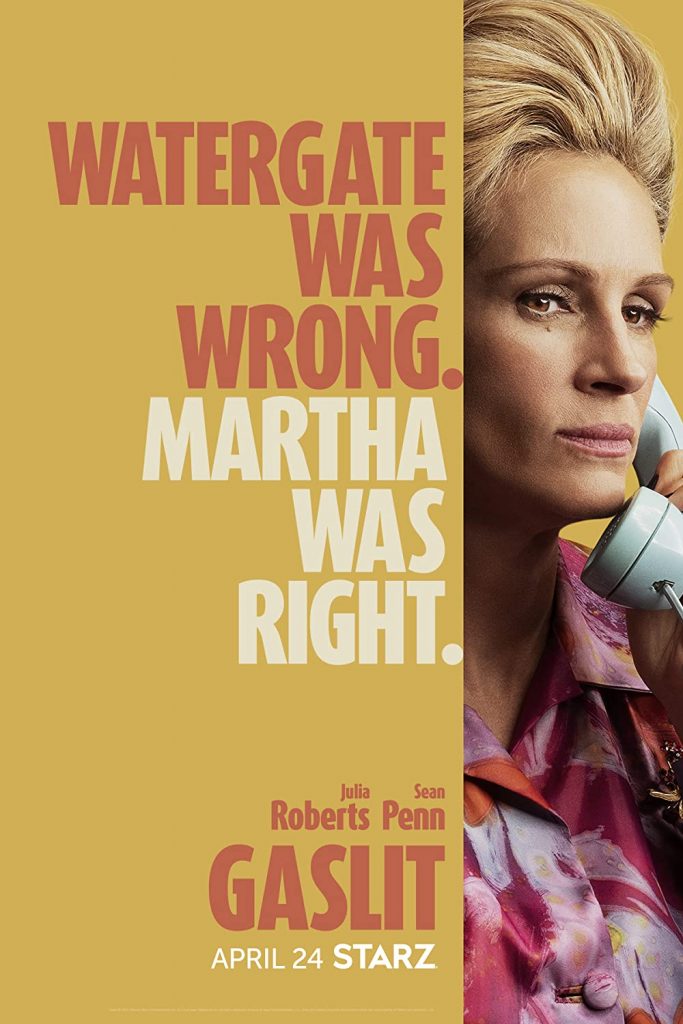 A Good Life: Newspapering and Other Adventures by Ben Bradlee
This is the witty, candid story of a daring young man who made his own way to the heights of American journalism and public life, of the great adventure that took him at only twenty years old straight from Harvard to almost four years in the shooting war in the South Pacific, and back, from a maverick New Hampshire weekly to an apprenticeship for Newsweek in postwar Paris, then to the Washington Bureau chief’s desk, and finally to the apex of his career at The Washington Post.

Personal History by Katharine Graham
In lieu of an unrevealing Famous-People-I-Have-Known autobiography, the owner of the Washington Post has chosen to be remarkably candid about the insecurities prompted by remote parents and a difficult marriage to the charismatic, manic-depressive Phil Graham, who ran the newspaper her father acquired. Katharine’s account of her years as subservient daughter and wife is so painful that by the time she finally asserts herself at the Post following Phil’s suicide in 1963 (more than halfway through the book), readers will want to cheer. After that, Watergate is practically an anticlimax. [goodreads]

All the President’s Men by Bob Woodward & Carl Bernstein
This is the book that changed America. Published just two months before President Nixon’s resignation, All the President’s Men revealed the full scope of the Watergate scandal and introduced for the first time the mysterious “Deep Throat.” Beginning with the story of a simple burglary at Democratic headquarters and then continuing through headline after headline, Bernstein and Woodward deliver the stunning revelations and pieces in the Watergate puzzle that brought about Nixon’s shocking downfall. Their explosive reports won a Pulitzer Prize for The Washington Post, toppled the president, and have since inspired generations of reporters.[goodreads]

The Final Days by Bob Woodward
The Final Days is the classic, behind-the-scenes account of Richard Nixon’s dramatic last months as president. Moment by moment, Bernstein and Woodward portray the taut, post-Watergate White House as Nixon, his family, his staff, and many members of Congress strained desperately to prevent his inevitable resignation. This brilliant book reveals the ordeal of Nixon’s fall from office — one of the gravest crises in presidential history. [goodreads]

The Last of the President’s Men by Bob Woodward
Bob Woodward exposes one of the final pieces of the Richard Nixon puzzle in his new book The Last of the President’s Men. Woodward reveals the untold story of Alexander Butterfield, the Nixon aide who disclosed the secret White House taping system that changed history and led to Nixon’s resignation. In forty-six hours of interviews with Butterfield, supported by thousands of documents, many of them original and not in the presidential archives and libraries, Woodward has uncovered new dimensions of Nixon’s secrets, obsessions and deceptions. [goodreads]

The Conviction of Richard Nixon: The Untold Story of the Frost/Nixon Interviews by James Reston, Jr.
The Watergate scandal began with a break-in at the office of the Democratic National Committee at the Watergate Hotel on June 17, 1971, and ended when President Gerald Ford granted Richard M. Nixon a pardon on September 8, 1974, one month after Nixon resigned from office in disgrace. Effectively removed from the reach of prosecutors, Nixon returned to California, uncontrite and unconvicted, convinced that time would exonerate him of any wrongdoing and certain that history would remember his great accomplishments—the opening of China and the winding down of the Vietnam War—and forget his “mistake,” the “pipsqueak thing” called Watergate. [goodreads]

Watergate: A Novel by Thomas Mallon
From one of our most esteemed historical novelists, a remarkable retelling of the Watergate scandal, as seen through a kaleidoscope of its colorful perpetrators and investigators. For all the monumental documentation that Watergate generated—uncountable volumes of committee records, court transcripts, and memoirs—it falls at last to a novelist to perform the work of inference (and invention) that allows us to solve some of the scandal’s greatest mysteries (who did erase those eighteen-and-a-half minutes of tape?) and to see this gaudy American catastrophe in its human entirety. [readthis]